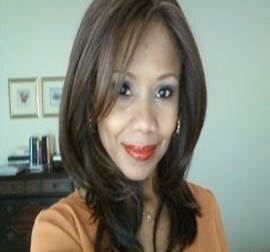 When I was less than 10-years old, I saw images on television of children in Africa that reminded me of myself, but were far less fortunate.  Being a Black girl, I very much identified with them, and was engulfed with a sense of compassion and hoped that someday I would be able to help those kids. I kept journals, wrote poetry, and had a strong desire that one day my words might be able to alter people’s lives in a meaningful way.  In the sixth grade, I was recognized for an essay I wrote for Black history month.  I often dreamed of being an influential writer who could inspire others.  My spirit energy was larger than the poverty-stricken area I grew up in. My dreams were not restricted by my myopic view of the world.  As I matured my dreams faded to a vague, passing memory; eventually becoming repressed and forgotten.  How did this happen?  It would be decades before I could answer that question! Slowly, I began to uncover one dream breaking experience after another, ones that skewed my belief in myself and ultimately crushed my dreams. And as I began to analyze and  reflect on these experiences, I realized my goals were in reach with forgiveness and commitment.

My parents were not equipped to give the guidance, support, and encouragement needed to pursue my goals and dreams. Extracurricular school activities were normally discouraged or trivialized, primarily due to limited finances. Consequently, those activities enjoyed by my peers, i.e. band, sports, etc., could not be pursued, which negatively impacted my overall development. This led to resentment, disillusionment, low self-esteem, and expectations of failure.  I finally realized I had to accept life as it was, not what I wanted it to be.

Now as an adult, I understand the overwhelming task my parents faced while raising seven children with few resources. They grew up in a time when dreams were virtually unattainable, which resulted in their inability to achieve the station in life commensurate with their abilities, and belief in themselves. This feeling of failure and insecurity was then projected upon me.  As I have matured,  I better understand what they endured, and feel blessed that they gave all they could.

Another contributing factor to my low self esteem was when one of my high school teachers took it upon herself to point out the students that, she felt, had the intellect to attend a four-year university, and those she believed would have to settle for a community college. She placed me on the list for the community college.  Her low evaluation of me only added  to my low perception of myself, and lowered my confidence even further.   These experiences, along with many others, were instrumental in destroying my dreams, and put me on an unconscious road of self-defeat.

For decades I was my own worst enemy.  Year after year, I would start college and drop out for various reasons, finances, however, being a legitimate one. My past negative experiences were manifested by procrastination, anger, anxiety, depression, and severe inanition. I failed miserably at most jobs because I had a poor attitude, and in general felt unfulfilled.  I made excuses for not completing a task, deluded myself into thinking that I was incapable of doing so.  Year after year, I floated from one menial job after another feeling lost.

One year, after a violent, tumultuous relationship, I was forced to take an introspective look at my life. Upon doing so, I determined I had to make life altering changes. These changes took the form of spiritual transformation, counseling, and re-devoting myself to my academic development. This gave me the tools necessary to achieve my dreams. Meditation reduced my anxiety. Counseling helped me to forgive people.  In college, I studied psychology because I found it interesting; by default, I began to unlock my dreams, dreams that had been locked in my subconscious.  My life force had been restored; my dreams had been uncovered and within my reach. My life now had purpose and direction and I am the navigator.  Today I hold a bachelor’s in psychology, a masters in counseling psychology, and a Ph.D.  I have unleashed my dreams.  I’m no longer a prisoner of nagging self-doubt or what others think I should be.  I determine what I can and can’t do.  I may not be able to help all the kids in Africa, or write a great literary work, but one thing I’ve learned, is that I am worthy, limitless and capable of making my dreams come true.

Edelman: Cries from the Other America 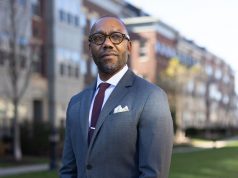