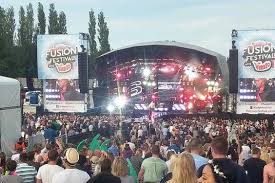 Organizers are expecting this year’s FUSION awards in Birmingham April 22 to be the largest, most entertaining and engaging in the event’s nine-year history.

Summit Media Entertainment is accepting nominations for the FUSION awards as part of a larger event at the Birmingham-Jefferson Convention Complex. Nominations will be accepted at fusionbham.com beginning Feb. 22.

FUSION is described as “a gathering of passionate, innovators and leaders who challenge the status quo, honor achievement and celebrate diversity.”

Past events have honored Birmingham’s minority business leadership in the Best in Minority Business Awards, which saluted individual leaders, small and large businesses. This year, the “best of” awards will again salute individuals and small and large companies while expanding to include leaders with local ties and national influence in their field. They will share their stories to motivate the next generation of leaders.

“I’m honored to have been included in the FUSION / B Metro Magazine class this past year that Joe (O’Donnell, Editor and Publisher) put together, and we know there are so many people making powerful and valuable contributions that we could all learn and benefit from and FUSION is now the event we share, connect and celebrate,” he said.

FUSION will begin with breakout discussions and networking sessions with local and national personalities who are leaders in their respective fields. Topics will include:

In addition to the interactions and exchanges, the event will include musical acts from a variety of genres and culminate in the FUSION awards ceremony.

Faush said, “In the past we focused on business accomplishments and just as we have called for others to recognize diversity within our communities, we are making our awards program more diverse this year.”

Individual and group awards will be given in categories that include:

Faush said FUSION will be both informative and entertaining.

“We are pulling together an incredible cast of speakers and thought leaders who will educate and empower,” Faush said. “FUSION will be an incredible experience attendees won’t forget.”