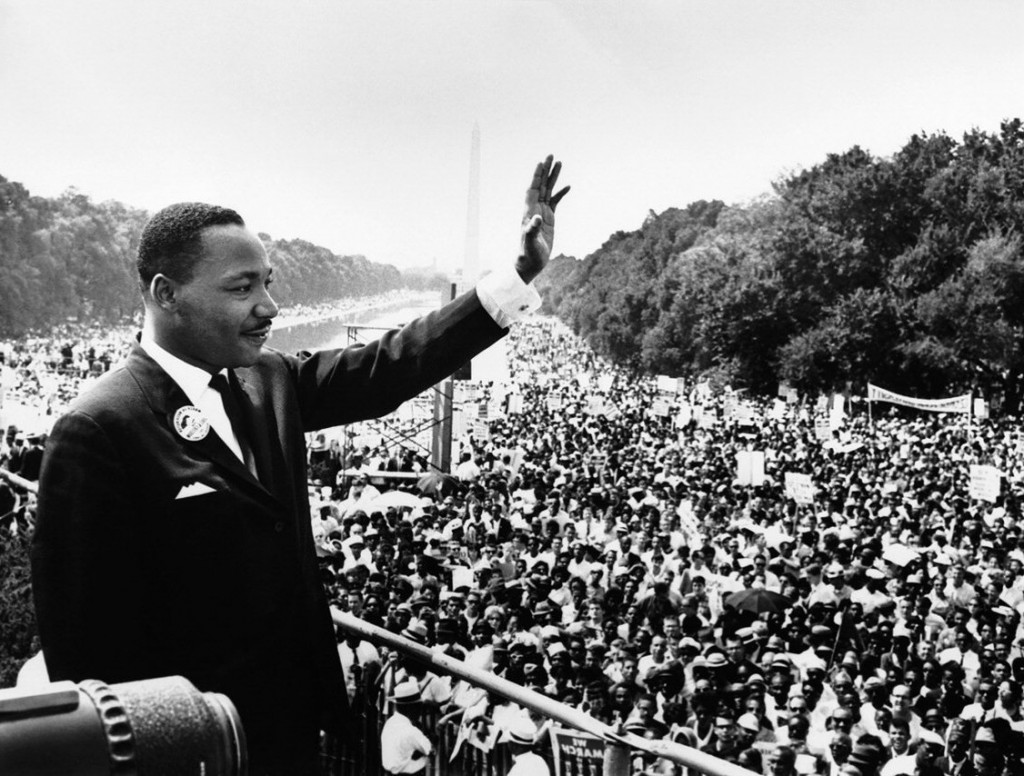 As we celebrate the life of  Martin Luther King and his courageous opposition to racism and economic injustice, I want people to know a great poem by Eli Siegel, founder of the education Aesthetic Realism: “Something Else Should Die: A Poem with Rhymes.” It was written on April 4, 1968, a few hours after the news broke that Dr. King had been assassinated, and appears in Hail, American Development, nominated for a National Book Award. I believe Eli Siegel expresses what America, and every person in our troubled world, is hoping for:

Something Else Should Die:

A Poem with Rhymes

Their purpose was to have us say, some day:

The stark facts, stated simply and so musically, make for large emotion. Two men, of different races, living in different centuries, are shown to be akin, united in opposition to injustice. The poem makes for great respect and has us feel both men are alive, warm, near.

Abraham Lincoln, as Dr. King himself recognized, wanted the murderous injustice of slavery to end. He considered The Emancipation Proclamation, written in his own hand-writing, “the central act of my administration and the great event of the 19th century.”

Martin Luther King is loved for his bravery, sincerity, and enormous energy in fighting for the social and economic rights of people of all humanity, and against America’s vicious, unjust war in Vietnam, saying:

“This business of burning human beings with napalm, of filling our nation’s homes with orphans and widows,..cannot be reconciled with wisdom, justice, and love. A nation that continues…to spend more money on military defense than on programs of social uplift is approaching spiritual death.”

He led the Poor People’s Campaign to end poverty, and was killed in Memphis after speaking in behalf of the livelihood and dignity of striking sanitation workers.

What would it mean for injustice to die? I think it would mean every person—world leaders and private citizens—honestly answering this question Mr. Siegel asked, “What does a person deserve by being a person?” —and wanting to be a means of every person getting what he or she deserves. Along with good food, a home, education, and a job that is useful and paid fairly, I believe every person deserves to be seen fairly, ethically, as having feelings as deep and as real as our own.

“The Force of Ethics in Civil Rights” & Bob Zellner

“The Force of Ethics in Civil Rights,” is the oral history project of the not-for-profit Alliance of Ethics & Art. The project is informed by Aesthetic Realism and arises from a statement by Eli Siegel in his 1970 lecture, “What Is Working Now”: “Ethics is a force like electricity, steam, the atom—and will have its way.”  In thousands of classes he showed this ethical force working in reality and in people throughout history.  I have been privileged to speak with over 200 unsung pioneers of all races around the country, in interviews videotaped by David Bernstein. The project’s aim is to show the power of ethics as real in their lives and in the lives of people today!

For instance, Bob Zellner, a white man, was born in 1939 into an Alabama family of Ku Klux Klan members, including his grandfather, father, and uncles. How he became an early—and lifelong—civil rights activist is a big story. We believe it illuminates what Aesthetic Realism explains is the fight in every person, and the choice we make at every moment, between respect and contempt. Respect—wanting to know and be fair to the world and people—is the source of all knowledge, education, art, and kindness. Contempt, the “addition to self through the lessening of something else” is the cause of every human injustice from a child teasing another child, all the way to racism and war.  Our choices determine what kind of person we are and what kind of world we’ll have.

In 2008, I asked Bob Zellner why he not only refused to go along with the Klan but wanted to take action to change things. Part of the answer, he said, was “an intervention of a…wonderful soul”—Rosa Parks. He met her and Dr. King during the bus boycott in Montgomery, Alabama, at a church where meetings were held. At that time he was a student at a “lily white” college in Montgomery, doing research for a sociology class. In this edited passage from the video (see link below), he said:

I was intrigued with the struggle. I was doing my best to be a scholar…to be objective and see both sides. But just by going to Dr. King’s church—four of us were asked to leave school…. The Attorney General of Alabama said we were under Communist influence…. We just couldn’t imagine it, because we knew we had a right to go to the meeting.

The Klan burned crosses around the dormitory, and a huge Klan march…burned a thirty-eight-foot Cross and said they were going to come and get us.

At the end of the meeting, Dr. King said, “The police sent word that you’re going to be arrested.” I said, “Dr. King, we have to escape.” He said, “You remember I talked about your need to be ready to be arrested. I’m afraid they’re going to arrest you anyway.” I said, “Dr. King, what I really mean is that we need to attempt to escape.” We didn’t want to get our parents or the school in trouble. He said, “Reverend Abernathy and Miss Parks will take you to the back door. I’ll go out the front and if they all come to the front, you can try to escape.”

So that’s what happened. Just before they let us out the back, Miss Parks said “Bob, if you find something wrong, eventually you have to do something about it and you can’t just write about it.” That stuck with me very strongly, especially because of her example: she had seen something wrong and she had done something about it. When they opened the back door, it must have been quite funny: five white boys running out through the black community—running from our own police! We’d always thought they were on our side and now they were going to arrest us and put us in jail for going to church!

That was a turning point. Rosa Parks was right—I can’t simply study it; I can’t simply write about it; I have to become a part of it. That’s when I really joined the movement in my heart. It was not long before I joined the Student Nonviolent Coordinating Committee, SNCC, and began half a century of work in the freedom struggle.

After 19 arrests in decades of activism in the South and North, Bob Zellner’s passionate work for racial equality, economic justice, and voting rights continues now in North Carolina. You can see the video on Youtube and on our website www.Allianceofethicsandart.org