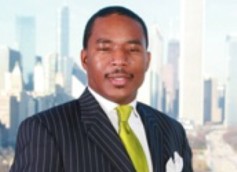 Governor Robert Bentley has recently proposed the state merge the state’s maximum security prisons, about 14 in all, into six prisons, four of them new. Some lawmakers are opposing the move primarily because Bentley has proposed a one-time exemption to the state’s bid law to allow one company to both design and build the four new prisons. His explanation for this is that having one company design and build the four new prisons would save the state at least a hundred million dollars and would allow the project to move faster.

Approximately 12 percent-13 percent of the American population is African-American, but according to the National Association for the Advancement of Colored People (NAACP), African Americans constitute nearly 1 million of the total 2.3 million incarcerated population. In an August 2013 Sentencing Project report on Racial Disparities in the United States Criminal Justice System submitted to the United Nations, “One of every three black American males born today can expect to go to prison in his lifetime.”

Although a huge disparity still exist as it relates to sentencing for African-Americans compared to other races, enormous legislative strides have been made under President Obama’s administration. I also must give substantial credit to former U.S. Attorney General Eric Holder for his efforts to bring fairness to sentencing.

It’s not often that the federal government relaxes sentences for drug crimes, especially with strong bipartisan support. But that is exactly what happened when President Obama signed the Fair Sentencing Act in 2010, which aims to reduce the disparity in sentencing between crimes involving crack cocaine and powder cocaine. This move, some believe, will address the larger issue of racial disparities in sentencing for drug crimes.

Before the Fair Sentencing Act, the penalty structure established during the so-called “crack epidemic” of the late 1980s, possession of crack carried the same sentence as the possession of a quantity of cocaine that is 100 times larger. The Controlled Substances Act established a minimum mandatory sentence of five years for a first-time trafficking offense involving over five grams of crack, as opposed to 500 grams of powder cocaine. The law imposed the same ratio for larger amounts: a minimum sentence of 10 years for amounts of crack over 50 grams, versus 5 kilograms of cocaine. I’m not saying that this was done with ill intentions to more harshly criminalize those that sold crack compared to those who sold cocaine, but it is ironic that most of the crack was sold and used by African-Americans during this era.

Operating prisons is a billion dollar industry. There have been many forces that have aggressively fought against fairness in sentencing, including big business that is in the business of operating private prisons.

The Bureau of Justice recorded an increase in spending from $9 billion for corrections in 1982 to $65 billion in 2005. Taking police and judicial expenditures into account, the numbers are insane: just over $35 billion in 1982 and just under $200 billion in 2005.

Not only are the numbers of facilities, prisoners and dollars rising exponentially, but the rate of rehabilitation is dismally low and the conditions in prisons remain horrible. A 2006 study by the Commission on Safety and Abuse in America’s Prisons had this to say about the situation:

A privately-run prison system has absolutely no incentive to reduce the rate of incarceration in the U.S., in fact the only reason a private sector even exists is due to the quadrupling of prisoners since 1980.

It’s not just facilities management: weapons contractors, telecom providers and financiers underwriting prison construction are all getting into the booming business of lockdown.

Here’s the problem with reforming prison sentencing. The upper class has the wherewithal to profit from the incarceration of the lower class, while the middle class supports any and all initiatives to increase funding for prisons, police, and correctional facilities because they are afraid of what might happen if convicted criminals are released early.

President Obama has received a lot of criticism from African-Americans about what he has done for black people. His efforts in this space, although long term will bring fairness to many African-Americans, will be good for all Americans. Great job Mr. President. It’s sad, but prison management is big business for the private sector and since the legal system, politicians, and big business are deeply intertwined I am doubtful that we will see drastic changes in current statistics.

I hope Governor Bentley’s motives are genuine in the proposed construction of four new prisons. I think I am leaning toward skeptical….

(Mahari A. McTier is a Financial Advisor with Tier 1 Advisors, LLC and can be contacted at 205-379-1052 or mahari@tier1advisorsllc.com)