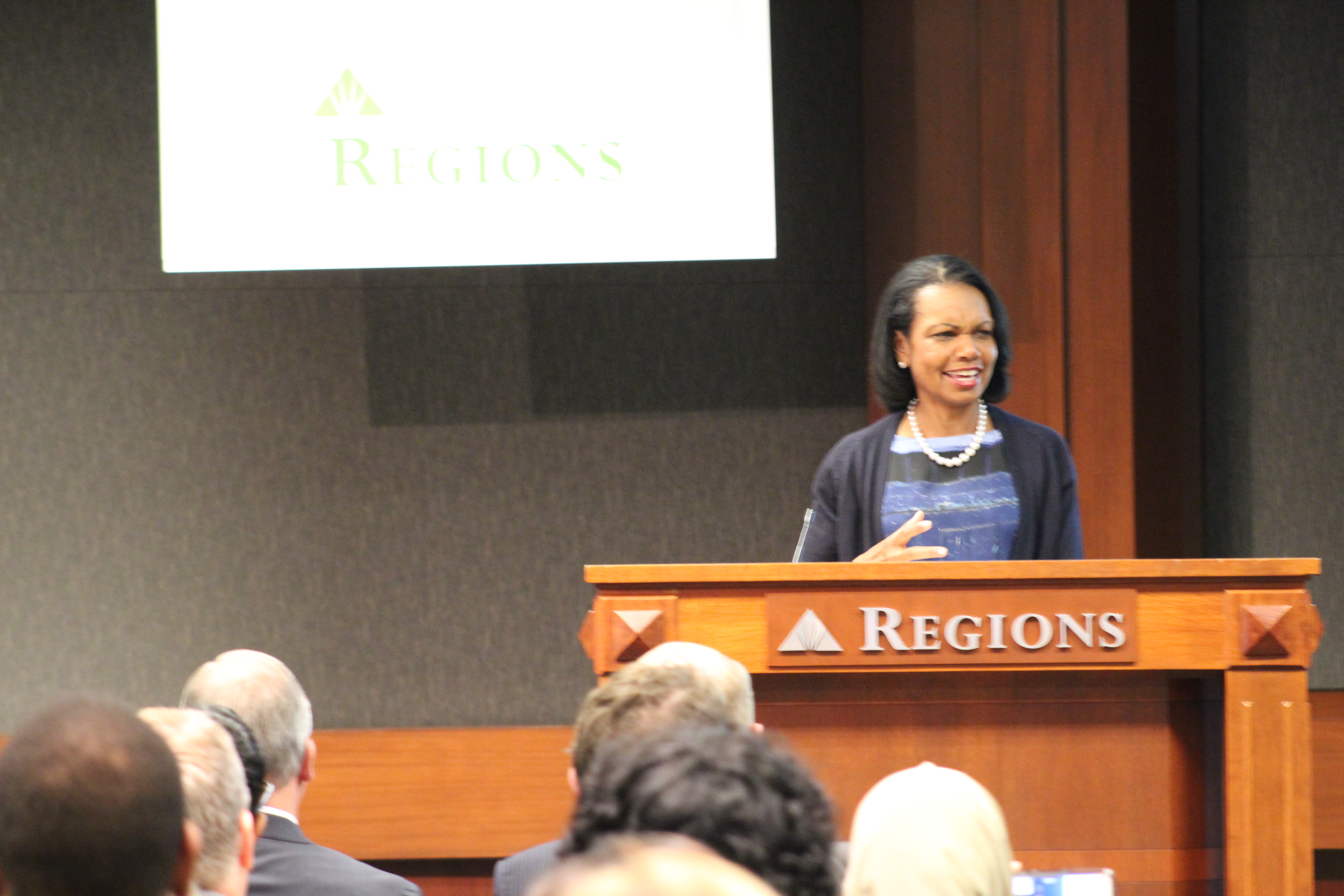 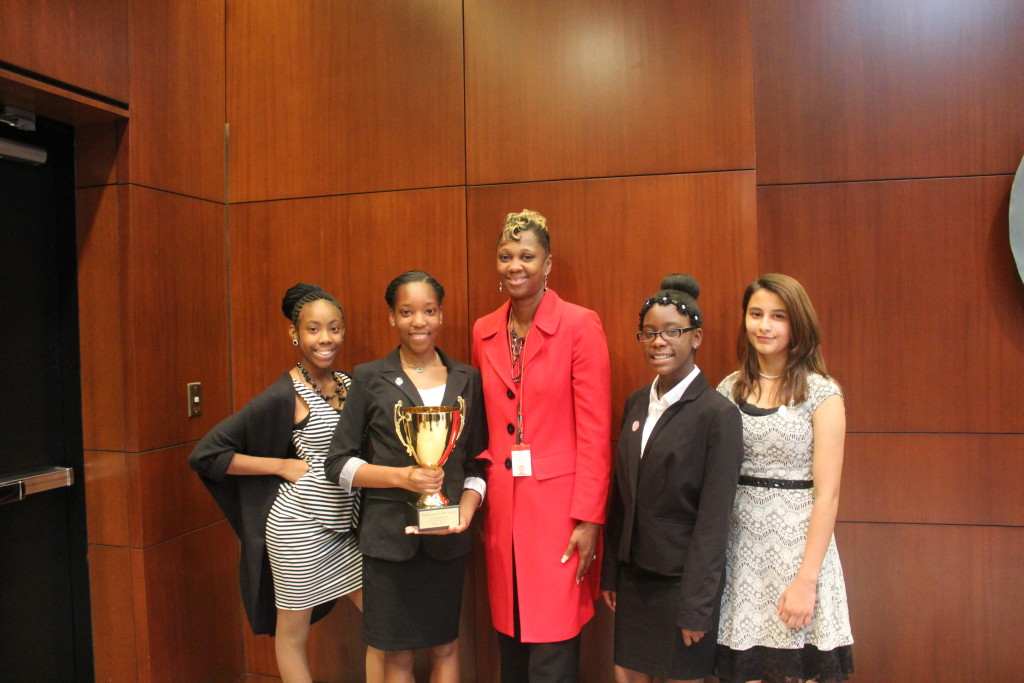 Shark Tank is a popular reality show where people present their business ideas to a panel of cutthroat business investors with hopes of one of them funding their idea.

Birmingham city middle schoolers this week got to swim in their own tanks and present their ideas to a panel of judges. However, having former U.S. Secretary of State Dr. Condoleezza Rice on the panel made things a bit more intense.

“It’s hard to get up in front of a group of people and sell your ideas,” Rice told the room full of students and adults. “Being able to present your ideas is the key to being successful for the rest of your life.”

Business ideas from all-star barber shops to concussion-preventing helmets were presented. It was, however, the junior honor society girls at Huffman Middle School that impressed the judges the most.

The idea, according to the girls, came from personal experiences. They had all experienced dealing with a family member with cancer and could recall the traveling stress that it caused. They came up with the hospital hotel/resort, which would be for families that have to travel far with loved ones for treatment.

The resort has a spa, massage therapy, workout and exercises and a food court. The girls asked the sharks for $500,000 to start up the company.

“We can’t find the cure, but we’ll promise the care,” the girls said wrapping up their presentation.

“It’s like riding on cloud nine,” Dr. Mia Ward, Huffman Middle School counselor said of the win. “They really put in the time and the work for this.”

The girls practiced every day for three months on their presentation. The inspiration came from the movie “The Fault in our Stars” according to Sara Nasser, one of the HMS students.

“We thought about how [the main character] had cancer and he wasn’t prepared for it, so he didn’t get the proper care. We all had experienced something like that, so we decided to make a company for it.”

Ward said all the schools did well, and the fact that they won was a complete shock to her.

“I think it was their compassion,” Ward said. “It was them having a servitude invention that connected not just themselves, but everyone.”

She is hoping they will be able to come back next year, and compete again.

“Those are some awesome young ladies, I’m glad they’re only in the seventh grade because that means I have the opportunity to work with them in the eighth grade.”