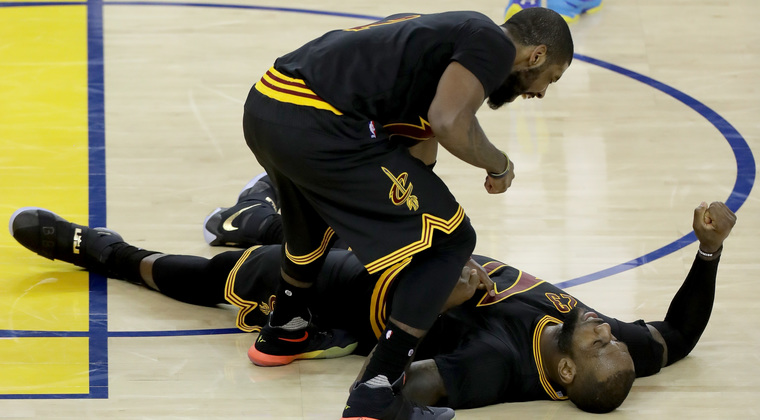 LeBron and Kyrie Irving Tell Steph and Klay Thompson, “My Offer is This. Nothing.”

On Sunday night, the powers that be finally recognized that flipping the script of history can be richly rewarding at the box office and worthy of multiple awards.  The Broadway musical Hamilton conceived and created by Lin-Manuel Miranda captured an almost-record 11 Tony Awards with itsretelling of the American Dream in vivid technicolor and hip-hop aesthetic.

Similar to this coronation at the 70th Annual Tony Awards, first held in April of 1947, another crowning was supposed to do like history do; repeat itself. The Golden State Warriors won the first NBA championship in April of 1947 and seemed set to repeat last season’s title on Monday night.

But let’s get this settled from the giddy-up. In my opinion, the Cleveland Cavaliers would have won Game 5 of the 2016 NBA Finals whether the Warriors’ suspended Draymond Green had played or not.