A resolution approving the start of construction on retail development at the Birmingham CrossPlex was delayed during Tuesday’s City Council meeting, which could mean a trickle-down loss of potential tenants.

“We want to make sure that we are, as [Hoyt] said, getting the highest and best use for the property that we’re developing at the CrossPlex. …This is a project that could potentially change the entire western side of Birmingham,” said Austin exclusively to The Birmingham Times.  “…Historically, the city has not put in a lot of effort in revitalizing any communities west of [I-65]. When we have the opportunity to do that, we want to make sure that the communities west of [I-65] get not only the same, but more attention and energy that we’ve been able to do in projects like Uptown, projects that are going on in the Southside, projects that are going on anywhere in our city.”

The Council believes the people of West Birmingham deserve more attention than what they’ve been given, Austin said.

“When we have an opportunity like this to breathe new life and new vitality into neighborhoods west of [I-65], and to our predominately black neighborhoods…then we want to seize that opportunity and make sure the people get the best,” Austin said. “We should not treat the neighborhoods in that community…any different than how we treat downtown or how we treat the Southside, or Crestwood, for that matter.

Housing is also a sticking point for Hoyt. It’s in Hoyt’s District 8, with includes Five Points West, Ensley and surrounding neighborhoods, where the CrossPlex development resides.

Hoyt said during Tuesday’s meeting that low-income housing was a part of the development bid he didn’t agree on.

“I didn’t ask for housing, but it’s been thrust upon us,” he said “We’ve got enough. All of the affordable housing is west of [I-65]. We’re inundated. There’s a proliferation of them in my district.”

Hoyt said that he wants the CrossPlex project to be treated the same as other projects in the city.

“Don’t lower your standards because it’s coming west of [I-65],” he said, adding that he agrees with Nesbitt’s initial suggestion to have a focus group to ensure the property is being used to its highest potential.

The Office of the Mayor said in a statement to The Birmingham Times that the bid with Chilton Contractors is for the construction of infrastructure only, such as lighting, roads and utilities. The bid is also not related to developing housing or any retail and commercial development.

“The housing proposed by the developer is not low income housing. In addition, Councilor Hoyt has been briefed every 2 weeks and in person by the developer and all the stakeholders,” said the mayor’s office. “He has had continuous input and has signed off in agreement at each point. For the Councilor in District 8 to suddenly be against this project is puzzling to everyone involved.”

For development to start, the City Council must approve Chilton Contractors’ lump sum bid of $3,744,957.24 for site infrastructure for businesses such as Comfort Inn and Suites, Starbucks, and Walgreens.

“We fully need the infrastructure contract with Chilton Contractors to start as soon as possible in order to keep our commitments with certain tenants in the development.” said developer Bob Nesbitt of Engel Realty Group during Tuesday’s meeting.

Originally, the infrastructure was scheduled to start Nov. 8, but due to some design considerations, that got pushed to Nov. 16, “a time at which the city is supposed to issue its notice to proceed to Chilton Contractors, the successful bidder, to start construction.” Nesbitt said.

Nesbitt added that construction on the sites must start in December to stay on schedule. “If we cannot keep those commitments, we risk losing those tenants,” he said.

Scheduled tenants include Starbucks, Comfort Inn and Suites, and Walgreens, among others. The project aims to meet a percentage threshold of 30 percent minority business participation. 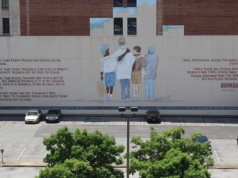 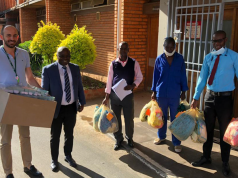 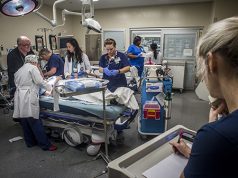 Marc Raby: An Encore Performance for the Arts