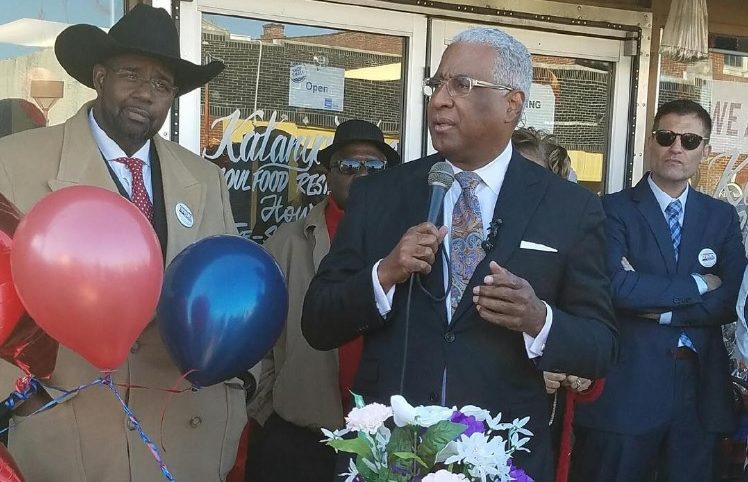 Birmingham Mayor William A. Bell, Sr. today announced that he will seek re-election.

“The progress and momentum that the city has experienced over the last few years under my administration is unprecedented. We want to continue that momentum,” Bell said.

He made his announcement Friday at Katanya’s Café Soulfood Restaurant in North Birmingham.

The city has seen a number of new developments since he took office, Bell said, including the new Regions Field baseball stadium, home to the Birmingham Barons, the completion and development of the Birmingham Crossplex, Birmingham Intermodal Transit Facility, Operation Green Wave to clean up the city, creation of the land bank authority to re-house neighborhoods and countless other projects.

Bell said his vision and passion for the city are evident in his commitment to make Birmingham a model city for everyone to live, work, and play.

“What I tell people is that we are all in this together,” Bell said. “We are developing Birmingham so all of our neighborhoods are safe, clean and are places where people want to raise their children.”

The City of Birmingham municipal election will be held on August 22, 2017.

In 1985, during his third term on the council, Bell was elected to serve as the first African-American president of the Birmingham City Council. He was again chosen as president following the Birmingham City Council elections in 1987 and 1997. While serving as president, he was instrumental in implementing the consent agenda and designing the new council chamber which other local governments modeled and integrated into their city‘s plans.