The purpose of the trip is to expose students to national politics and how it impacts them, Tyson said.

“I want them to know how government runs and how important it is for them to further their education,’’ Tyson said. “They will have an opportunity to meet congress, people they see on TV.’’

Parker High Principal Darrell Hudson said he’s excited that some of his school’s “shining stars’’ are making the trip, some of whom will be flying for the first time. “I think this is going to be a great opportunity. It will be a game changer’’ for them, Hudson said.

Although she’s terrified in making her first flight, Tamika said she’s happy she will have the chance to meet other women from different states. Tykenya agrees, adding that she sees the trip as a way to “invest in my future.’’

Shanyia, a junior, is already prepping for interviews with national media outlets during her time in D.C. “This will be a chance for my voice to be heard,’’ she said. “I’m looking forward to it.’’

While in D.C., the students will meet Congresswoman Terri Sewell, visit the Verizon Technology Center, meet with the national media, tour the monuments and more. They will also discuss healthcare, education, public policy, entrepreneurship, voter registration and women’s issues during their stay. Women leaders and students from 32 other states will also be in D.C. for the event.

“This is not a pleasure trip,’’ Tyson said, pointing out that students will be attending workshops and networking. “This is all about handling black women’s business.’’

“They need to know that women of color have serious boundaries to cross. We still are the lowest paid out of all the races of women, but we are the No. 1 voters in the United States,’’ Tyson said. “They have to understand …  that we need to stick together… and know that we are our sister’s keeper.’’

The trip was made possible, thanks to donors outside of Alabama, Tyson said. She said that city nor state funds were used to pay for the trip. 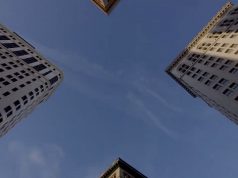 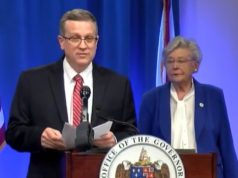