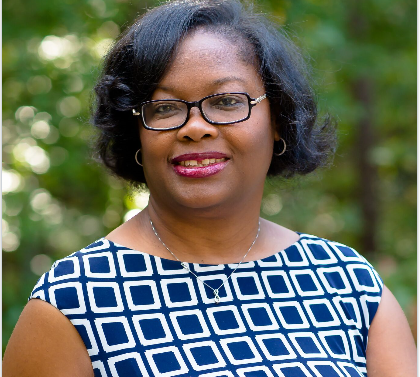 “I’ll be representing my state and Birmingham,’’ said Splond, a graduate of Birmingham’s Ramsay High School and the University of Alabama. “So many times, people still have an old way of thinking of our city and state. I want to change that and show people how far we’ve come.’’

But before Splond packs her bags for the nation’s capital, she will deliver a keynote address on how to write books. On Aug. 19, she’ll appear at 10:30 a.m. at the Birmingham Public Library’s Local Authors Expo. That afternoon, she’ll be one of the authors at the Bessemer Library’s Local Author Extravaganza. Both events are free.

“If you are a writer or a reader, you should attend these events. I’ll be talking about the writing process,’’ she said. “People think that writing a book is hard, but it’s just a process. You must be committed to the craft.’’

What’s one of her tips? “Write the story of your heart rather than focus on what’s popular right now,’’ she said.

“Trends will come and go, but if you are focused on the story of your heart, that’s what will motivate you to write the book and complete the book.’’

Writing books has been something Splond has wanted to do ever since she was 14. It took about 20 years for her to commit to doing it.

Following the birth of her daughter in 2004, she finally embraced what had been chasing her.

Two months after her daughter’s second birthday, Splond had a book deal for “Spin It Like That,’’ a young adult novel that would go on to receive the prestigious Young Adult Library Services Association Popular Paperback award.

This year, Splond released her ninth book, “It’s Like That,” an adult novel that picks up 10 years after “Spin It Like That’’ ended about a young, female DJ with hopes and dreams.

Writing has been the right fit for Splond. In 2010, she received the Young Adult Library Services Association Quick Pick for Reluctant Readers award for her book, “The Pledge.’’ And in June 2017, her young adult book, “Make It Work,’’ was named “Alabama’s Great Read 2017.”

The Alabama Center for the Book selected “Make It Work’’ to represent Alabama at the D.C. book festival. The book is the state’s selection to appear in the national “Discover Great Places Through Reading’’ brochure, which will be shared during the festival. It lists children or young adult books from the 50 states, D.C. and the U. S. Virgin Islands. Her book will be the only one listed for Alabama.

Splond has also received praise for her blog, www.bookofsplond.com. This year, she received Black Pearls Magazine’s 2017 Legends and Leaders Award for her blog, which is about helping women balance faith, family, and fiction. She has interviewed celebrities such as Megan Good and Tamela Mann and author Kimberla Lawson Roby for her blog.

A product of Birmingham City Schools, Splond grew up in Birmingham’s West End community. She named her publishing company West End Publishing. She credits her connection to the city, its libraries and the state for helping grow her love of reading and writing.

“I am humbled by the opportunity to represent Alabama in D.C. I hope it will result in more children getting excited about reading,’’ said Splond, who’ll receive her master’s degree in instructional design and technology from Samford University in December.

For more information on Splond, visit her website at www.chandrasparkssplond.com.