It’s been a September to remember in Jefferson County for economic development and county leaders say more is to come.

Kamtek opened its $60 million aluminum casting plant on Sept. 8 in Birmingham’s Pinson Valley. That was followed on Sept. 13 by Autocar’s announcement to invest $120 million to expand and open a manufacturing plant to build its heavy-duty cab over engine trucks in Birmingham and Center Point.

“There should be at least two and as many as four new announcements this fall,” said County Commissioner David Carrington, who chairs the commission’s finance, information technology and business development committee.

The business climate in Jefferson County is favorable for business development growth for the “remainder of the decade” and beyond, Carrington said.

“According to the Alabama Department of Commerce, Jefferson County led the state in the dollar value of new announced projects last year and was third in new announced jobs,” he said. “I don’t see any reason why we won’t report similar top three results on both criteria throughout the remainder of this decade.”

The Autocar expansion is expected to create 746 jobs while Kamtek’s nearly 150,000-square-foot plant will eventually employ more than 100 workers.

Local officials have given businesses “a reason to call Jefferson County home,” Commission President Jimmie Stephens said. “It means an improved quality of life for our citizens from increased economic activity. Our commission has dedicated many man hours pursuing economic development opportunities and coordinated our efforts with those of the Birmingham Business Alliance to establish new jobs for our county.”

One of the highlights in the increased economic activity has been the singular focus of all the parties involved.

Carrington said, “Simple math: economic development = jobs = improved quality of life and higher government revenues. On the Autocar project, two mayors, 14 city councilors, five county commissioners, three members of the Birmingham Business Alliance and at least three members of the Department of Commerce were involved in recruiting the company.  There was one team, one mission and one focus.”

Stephens said the “C – Attitudes” of communicate, cooperate and coordinate among area officials have formed “an unbeatable economic development team.”

He added, “I am excited about our future. We see only improving conditions and a favorable business climate that attracts new business and there are several in the queue.”

While business officials work mostly behind the scenes on economic development projects they were very public this week about a business they want located in Birmingham.

On Monday, Mayor William Bell announced that the city wants to lure tech giant Amazon to the Magic City. A robust campaign team – spearheaded by Bell and comprising of public and private leadership – has been assembled to support the endeavor and will continue to grow as the city looks to Amazon’s Oct. 19 deadline for a request for proposal. 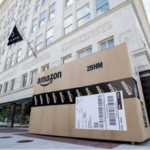 “The Birmingham metro area offers Amazon a real opportunity to actively participate in the redefinition of a community that is already in the midst of an accelerated transformation,” Carrington said. “The entire Jefferson County Commission is fully committed to doing our very best to make this opportunity a reality.”