In honor of the Magic City Classic showdown between Alabama A&M University and Alabama State University, this week’s “You Had Me at Hello’’ column highlights love connections two Birmingham-area couples made at the schools.

If you would like to be considered for a future “Hello’’ column, please send nominations to chandatemple@gmail.com. Include the couple’s name, contact number(s) and what makes their love story and marriage unique.

Met: Emma was a freshman from Thomasville, Ala., and Arthur was a sophomore from Brighton, Ala. when they met at Alabama State University in Montgomery, Ala. in September 1967. Shortly after moving into her dorm, a mutual friend introduced Emma and Arthur. Arthur later saw Emma at the school dining hall. He was so taken by her, that he leaned over to a classmate and said, “Hey man, that’s going to be my wife one day.’’

Emma was attracted to Arthur, too. One week after meeting him, she thought back to his smile, his big eyes and his sense of humor. It didn’t take long before they were an item. “He would say funny things that nobody would think of. I had never met anyone like him,’’ Emma said.

In June 1969, Arthur wrote Emma a letter because they were going to be apart that summer. One of his lines said, “My heart aches with sadness of your absence.’’ Another line said, “Again, only you and I can make our dream a reality.’’

Said Arthur: I was writing to express how I felt about her. To keep the fires burning, ya know.’’

Emma still has the letter.

The proposal: During the late 1960s, Arthur and Emma joined other ASU students in a peaceful civil rights demonstration outside the state capitol building in Montgomery. The police arrived and told students to disperse. Students did not. Officers arrested students, including Arthur and Emma.

When Arthur and Emma appeared before a judge, they presented a story they thought would help clear them. They told the judge they were shopping for engagement rings when they stopped by the demonstration to see classmates. During the confusion, Arthur and Emma said they were pushed into a paddy wagon and taken to jail. Emma spent one night in jail. Arthur spent four nights in jail.

They were later acquitted. They figured that after they had gone through all of that, they must be meant for each other. They decided to get married.

The wedding: They exchanged vows in New York City on June 13, 1970. Arthur went into the U.S. Air Force that same month, serving four years. He later served in the Air Force Reserve and the Air National Guard. 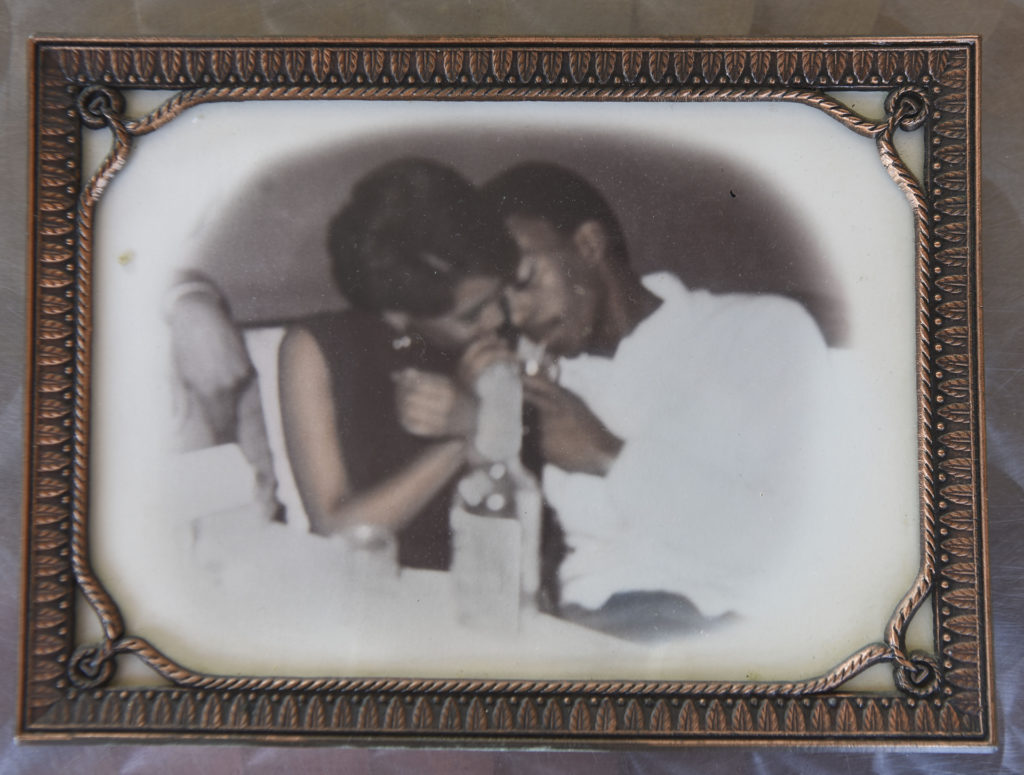 Words of wisdom: Arthur and Emma agree that communication, trust and support are important in a marriage. “There will be ups and downs. But you have to compromise,’’ said Arthur. “You can’t have it all your way, and she can’t have it all her way. It’s not all about you. It’s a partnership.’’

Happily ever after: Emma is a retired nurse. Arthur is a retired postal worker, former president of the American Postal Workers Union, Birmingham Area Local 303 and former editor of the union paper. He also served as an arbitration advocate for the APWU. In their spare time, they travel and attend family gatherings. They have one daughter, Jeanna Coleman.

“We met wonderful friends there, and we still communicate with them today,’’ Emma said of ASU. “The friend who introduced Arthur and me recently married the guy she met at Alabama State in 1967. So, their love was 50 years in the making. Like I said, Alabama State has a lot of meaning to us.’’

*The Magic City Classic will be Oct. 28 at Legion Field. Kickoff is 2:30 p.m. Visit www.magiccityclassic.com for details.