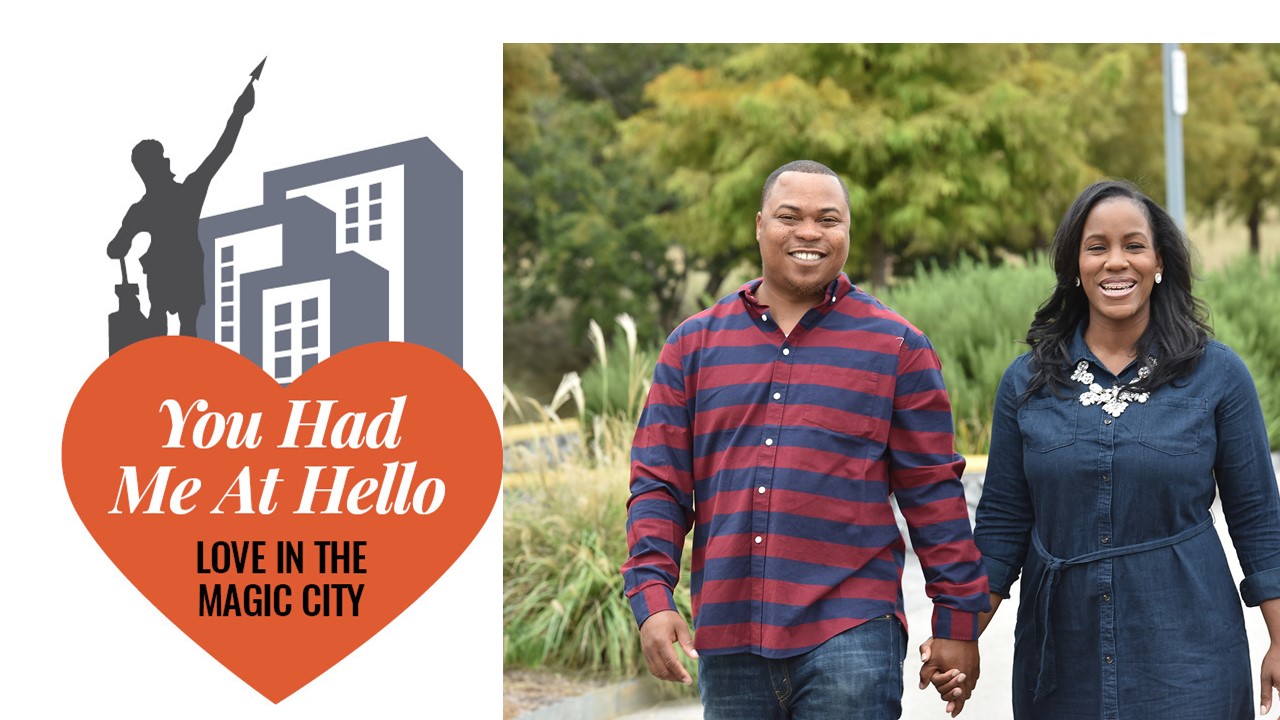 “You Had Me at Hello’’ is a weekly column that highlights married, Birmingham-area couples and the love that binds them.

If you would like to be considered or know someone ideal for a future profile, please send nominations to chandatemple@gmail.com. Include the couple’s name, contact number(s) and what makes their love story unique.

Met: They were juniors in 1998 when they met during summer school at Birmingham’s Ramsay High School. They became fast friends, and Kalon even joked that they would get married one day. But they didn’t start dating until they were 24 years old.

After high school graduation, their high school friends started a tradition to gather every New Year’s Day in Birmingham. In 2005, ten friends had planned to meet at a bowling alley in Vestavia Hills, but Eliza and Kalon were the only ones to show. They decided to stay and bowl. That night, something clicked and Kalon and Eliza started to see each other in a different way.

“When I would hit a strike, we would high five,’’ Eliza said. “It felt like we were on a date. Then, he kissed me on my cheek, and I remember thinking it was not weird.’’

Kalon walked Eliza to her car and talked to her on the phone until she arrived home. After that, they talked every day. It felt good.

Said Kalon: “I always thought she was attractive. I said to myself, ‘Hey, she’s pretty cool. She might be ‘the one.’”

The proposal: Since Eliza is so hard to surprise, Kalon worked with Eliza’s girlfriends to pop the question during a September 2010 girls’ trip to Tennessee. Eliza was driving friends back to Alabama from the girls’ trip when the group convinced her to stop at a bowling alley in Memphis to meet another girlfriend unable to make the girls’ trip. When the group entered the bowling alley, Anthony Hamilton’s “Cool’’ was playing on the jukebox. Eliza told her friends that that was a favorite song she and Kalon shared, but she didn’t think anything else about it. Little did she know it had been prearranged to be played.

After Eliza input her name into the computer scoreboard, she prepared to bowl. She was shocked when she saw, “Will you marry me?’’ appear on the screen. Then, Kalon, along with some of their close friends from high school, appeared. Kalon got down on one knee and proposed, sharing that he would always work to make her life as special as that moment. Said Eliza: “That was probably the most surprised I have been in my whole life.’’

The wedding: They incorporated Birmingham landmarks and more to underscore their love for history and timeless tradition. They exchanged vows at the historic 16th Street Baptist Church, had their reception at the Southern Museum of Flight, had “History in the Making’’ printed on items and gave guests seeds to plant to remember the day. “We felt like it was important to leave a legacy and to make history with our love,’’ said Eliza.

Happily ever after: Eliza is a psychologist at Bryce Hospital in Tuscaloosa, Ala. Kalon is a technician for CSX Railroad. They are the parents of three girls: Avery, 6 months; Marley, 3 years old; and Eliza has a “bonus’’ daughter in Kalon’s 17-year-old daughter, Kayla.

Recently, Kalon’s job has required him to travel every other week. So not to let his absence impact their marriage, they date, focus on each other and focus on family. They had a long distance relationship for several years while they dated, so they know the importance of staying connected over the miles.

Said Eliza: “Our formula: It works to have really good, intense time together and to have your own time. When we have our family time, we do a lot together such as cook, watch movies and go to festivals. We also make sure to always celebrate our friendship, even during the rough times. Friendship is where we started from, and it is what carries us through.’’

Said Kalon: “You always have to keep working at your marriage. Don’t let it get stale. Keep trying to make it special.’’