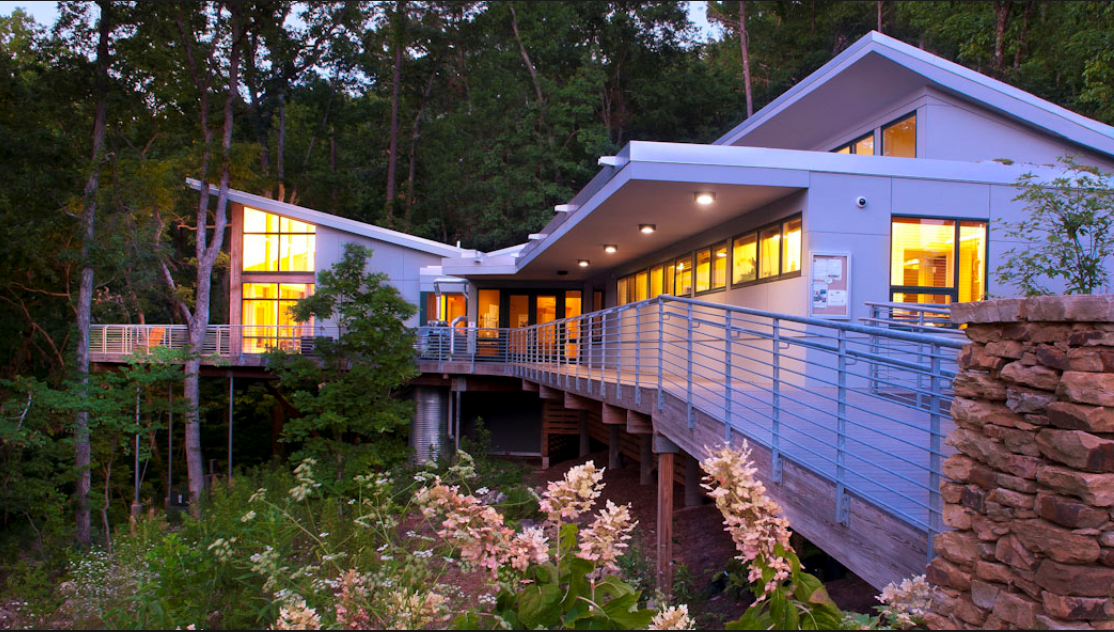 When driving through the East Lake community, one passes homes, old and new; small businesses; schools; churches—a mountain isn’t something you expect to see. But Ruffner Mountain, surrounded by neighborhoods in East Birmingham, sits grandly as the urban forest of the Magic City.

Ruffner has grown from a few acres to more than 1,000, making it one of the largest privately held, urban nature preserves in the U.S. And over the past four decades, the mountain has become a gathering place for many in the Birmingham area.

“On [a] Sunday, you may see a family or a Sunday School class gather on the back porch for lunch and then go for a hike,” said Carlee Sanford, executive director of Ruffner Mountain since April 2016. “On [a] Saturday morning, you might see a group of people who have not spent much time in the woods get together for a hike or a jog. They can get lost in the trail and the nature of it all. This is a place to do that, and it doesn’t matter how much money they have.”

Visitors are attracted to Ruffner for several reasons.

Stacey Holloway, a University of Alabama at Birmingham (UAB) art professor and local artist, recently brought students from her 300-level Source Material class to Ruffner for one of the many challenges she gives them throughout the course. They were asked to pick up sticks, leaves, walnut and acorn shells, pine straw, pine cones, tree bark, and other materials to turn into art.

Jameson Evans, one of Hollway’s students from the Birmingham area who was visiting Ruffner for the first time, described the surroundings as “beauty in nature.”

“Most of the time, we look at art as a painting or a sculpture, but art comes in many forms …,” he said. “Birmingham benefits from a space like this because we don’t have anything like this, really. It gives people a chance to actually see what’s in the city besides buildings and apartments and things they see as society.”

Jennifer Lemons agreed and said she was inspired by her first visit to Ruffner.

“We spend so much time in the studio that coming out and being in nature is sort of like a re-inspiration,” she said. “Living somewhere that is so urban, you get caught up in the urban life. Coming out in nature kind of re-centers you.”

Ruffner Mountain is an escape for many, said Conservation Director Jamie Nobels, who oversees land-management planning.

“You’re surrounded by neighborhoods, and the city is so close by,” he said. “You’re still in the city [when at Ruffner], but it doesn’t seem like you’re in the city anymore.”

Programs Director Christine Johnston said the site attracts many from the surrounding areas.

“Even the kids in the neighborhood come up here with their parents or babysitters to look at the animals in the nature center and just spend the afternoon after school up here,” she said. “They can come here and hang out, and it’s safe for them.”

Ruffner fits in with several other sites that provide green space in Birmingham, including Oak Mountain and Red Mountain, each of which has its own characteristics. Ruffner, however, is set apart from the other parks.

“Ruffner Mountain was extensively mined and cut,” Nobels said. “So, what we’ve got is a naturally occurring forest, but it’s a young forest.”

Also, the mountain still has remnants of old technology used in the mines. It was mined for iron ore from the late 19th century through the 1950s, and many vestiges of Birmingham’s industrial past can be seen on the 14 miles of trails that branch throughout the mountain.

“A lot of the trails are on old railbeds,” Nobels said.

Ruffner Mountain offers an alternative to other nearby green spaces.

“At [Oak Mountain] State Park, there is a fee,” Sanford said. “There is more community involvement because the only way Red Mountain and Ruffner Mountain can be here is [with] the community around it. Together, we have differences from Oak Mountain, but we all help each other because there is a variety.”

Red Mountain is more recreational, and Ruffner is more educational, which is a great complement to the city, she said.

“Environmental science is becoming more popular, in general, so meeting those kids early on and getting them interested in that will be important,” Johnston said.

Over the next 40 years, the Ruffner Mountain Nature Coalition would like to see the area expand.

“We are landlocked because of houses, but I think we would see the forest change even more into what it naturally was and become an urban forest,” Nobels said. “Outside the land itself, as an organization I’d like to see us help more organizations, the parks, and nature conservancy, as well as areas in Birmingham and nearby.”

Sanford said she hopes the mountain can get more support.

“A misconception is that the reason this is here is because some agency or federal government came in and saved this land. That’s not what happened,” she said. “It was people caring, … small groups saving four acres, five acres, 20 acres at a time.”

“It’s going up slowly, but it’s about if you’re out here and you attend this place and hike. That’s what it’s about,” she said. “We want to see that this stays open for people who may not be able to afford membership as well.”