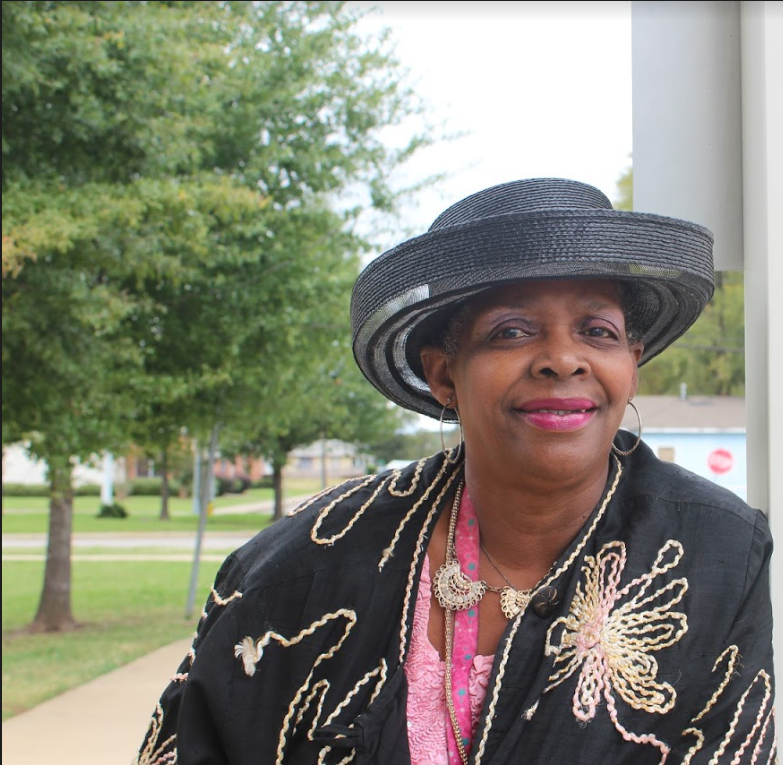 Pastor Mary Allen does community outreach at Rising Star Holiness Church in West End, as well as street ministry for God’s Way Christian Church in western Birmingham—and she knows the importance of giving.

“[Jesus] was a giving person, and by Him giving we can face tomorrow,” she said. “When sisters and brothers are in strife and are having trials and tribulations of life, we should be able to reach out and touch their lives and make a difference.”

Allen believes everyone should give back, “especially if you say Jesus is part of your life.”

As a minister, Allen is often called on to offer prayer and help people through difficult situations.

“A lot of times I’m somewhere praying for somebody who has breast cancer or you-name-it cancer,” she said. “Cancer is the most devastating diagnosis a person can receive.”

Allen has had her share of personal challenges, too: “I’ve had three strokes, a cardiac arrest, and a car wreck one time. My son died, and I lived, but God had something for me to do.”

Part of Allen’s work involves being a source of strength to others, such as her adoptive daughter, who was diagnosed with breast cancer and has been cancer-free now for four years. Her firsthand experience has helped her minister to others.

“When your body’s changed, and they take your breast off, that can be very devastating, psychologically, mentally, and physically,” she said. “It makes your womanhood seem in jeopardy.”

Allen’s sister was diagnosed with cervical cancer and has been in remission for more than three decades. Countless friends face ailments, as well, and it’s not unusual for Allen to go out at 1 a.m. to help an acquaintance in pain.

“The pain was so great they wanted to do away with themselves,” she said. “How can you lay in the bed after someone tells you they are hurting so bad they want to die?”

Allen, 61, grew up in Pratt City and attended McCalla Middle School and West Wenonah High School. She graduated from a New York City high school and attended the John Jay College of Criminal Justice, a senior college of the City University of New York. When she returned to Birmingham, she attended Lawson State Community College, where she earned a degree in nursing.

“I moved back home because my mother was ill,” said Allen, who is also a substitute teacher in the Birmingham City School system.

Allen is the chaplain of Brenda’s Brown Bosom Buddies (BBBB), a Birmingham-based nonprofit organization that raises awareness about breast cancer in the black community and provides outreach and prevention initiatives. The organization is especially important for the African-American community, she said, because blacks are more likely to die from cancer than whites.

“Black people are our target audience, but we service anyone. If someone white comes and can’t pay for a mammogram, is without insurance, or has no way to pay for treatment, [we will help]—we help anybody. But our target audience is people of color,” Allen said.

“Better treatment [is now available for people] going through cancer, but in the black community we generally end up getting triple-negative cancer, which is the kind that is most untreatable. More black people have that kind of cancer more often than whites,” she said. “Whites are diagnosed with cancer more often than we are, but we die from it more often because we get the triple-negative type …, the kind that really kills and is almost incurable.”

“Knowledge is a Wonderful Thing”

Allen wants people to know that breast cancer is not exclusive to women.

“A lot of guys don’t know that guys can get breast cancer,” she said. “Cancer can affect you from the crown of your head to the soles of your feet. There are 187 names of different cancers located in different parts of the body.”

Education is a main focus of BBBB, which encourages healthy lifestyle changes and regular doctor visits through community health forums and other efforts.

“Our job is facilitation, educating people through programs and activities that empower women and men of color to know about breast cancer and their bodies,” Allen said. “The Black Nurses Association also plays a big role; they come out and teach at the health forums that we personally do.”

To further support its mission, BBBB holds annual events; the two biggest are the Pink Hat, Pink Tie Luncheon in June and Sistah Strut in September.

“The color pink is for breast cancer, so we chose to do something uplifting,” Allen said. “Quite a few women—[hundreds of] ladies who are breast cancer survivors and their families—[attend our annual events], and you can see the joy on their faces even though this has happened to them. Some have had breast reconstruction and others have not, … but they all look great. It makes a difference. When you feel good and look good, you can think better about things.”

Allen is always optimistic when ministering to others.

“There’s no job too hard for God,” she said. “If you have the Lord on your side, He specializes in doing things that are impossible. All things are possible through Jesus Christ, our Lord and Savior.”