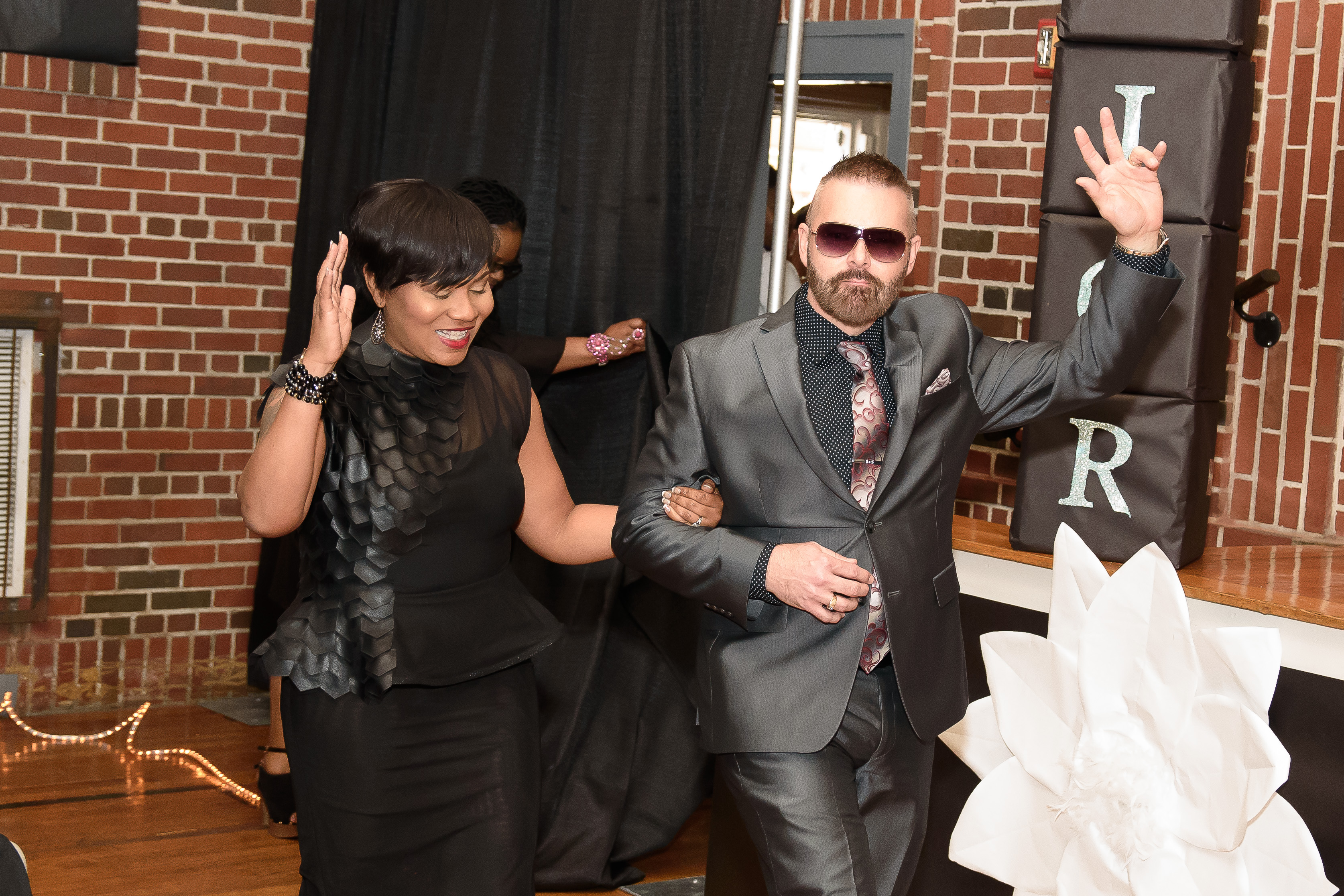 The crowd erupted in cheers and applause as each model took a turn dominating the runway.

Co-hosts standing on stage added additional flare as they described each model and his or her outfit.

“Give it up. Show some love,” Adrian Peterson-Fields said over applause as co-workers saw their cohorts in completely different light. This wasn’t a typical day at the office.

For one afternoon, the Smithfield Court community center gym was transformed into a high-end fashion house as the Housing Authority of the Birmingham District presented its “Three Ribbons Fashion Show.”

The event on Oct. 20 served a dual purpose as a morale-building retreat and a time to raise awareness of three important causes that are highlighted in October: domestic violence, breast cancer awareness, and trigeminal neuralgia, a rare nerve condition that causes severe facial pain. Some HABD employees, including some models themselves, have been affected by these issues.

“I wanted to have something fun and something with some razzle-dazzle, but also having a message,” said Miracle Brown, who presented the concept of a fashion show. “We can have fun and learn something at the same time.”

The room was nearly unrecognizable as models took to the brightly lit runway. Employees rehearsed several days and were clothed and fitted by Sonja Atkins of Betsy Moore Boutique, who donated all her services for the event. Small businesses also donated hair styling, makeup and accessories.

“I was cautiously optimistic because I knew that a lot of people might not get down with a fashion show,” Brown said. “I wanted to have it all come together; to have a day of pampering and fun.”

Some participants shared their personal experiences with breast cancer, domestic violence and trigeminal neuralgia. Brown has lived with the rare facial nerve condition since 2009.

The loudest accolades were reserved for model Joyce Owens during her two turns commanding the catwalk. Owens honored her niece, Brittaney Katrina Owens, who lost her life due to domestic violence in 2016. She was just 26.

Owens walked with a poster of her niece during a portion of the show, which her mother Brittaney Owens also attended.

Brown, who talked about her own condition, said she was more concerned about conveying Owens’ story and how domestic violence has forever scarred the family of a colleague.

Brown spoke on behalf on the Owens family.

“I was nervous speaking on behalf of the mother as well. That was my main concern,” Brown said. “I just wanted to get the essence of what her spirt was and then convey it in a way where other people could understand it. I wanted to be Miss Joyce’s voice.”

Among those sharing their stories was Pat Davis who declared victory against breast cancer and offered words of encouragement to anyone facing challenges.

Peterson-Fields said the afternoon offered an opportunity for company comradery  but also education and understanding. While employees see issues and challenges faced by residents, they learned that some of the same issues are closer than they realize among colleagues and friends.

“We were able to have an ‘ah ha’ moment. This was a time to celebrate three of our coworkers who have been affected,” Peterson-Fields said. “It gave us an opportunity to coalesce as a family and take a moment to develop some type of kinship. It was a celebration of life and it was a celebration of themselves.”