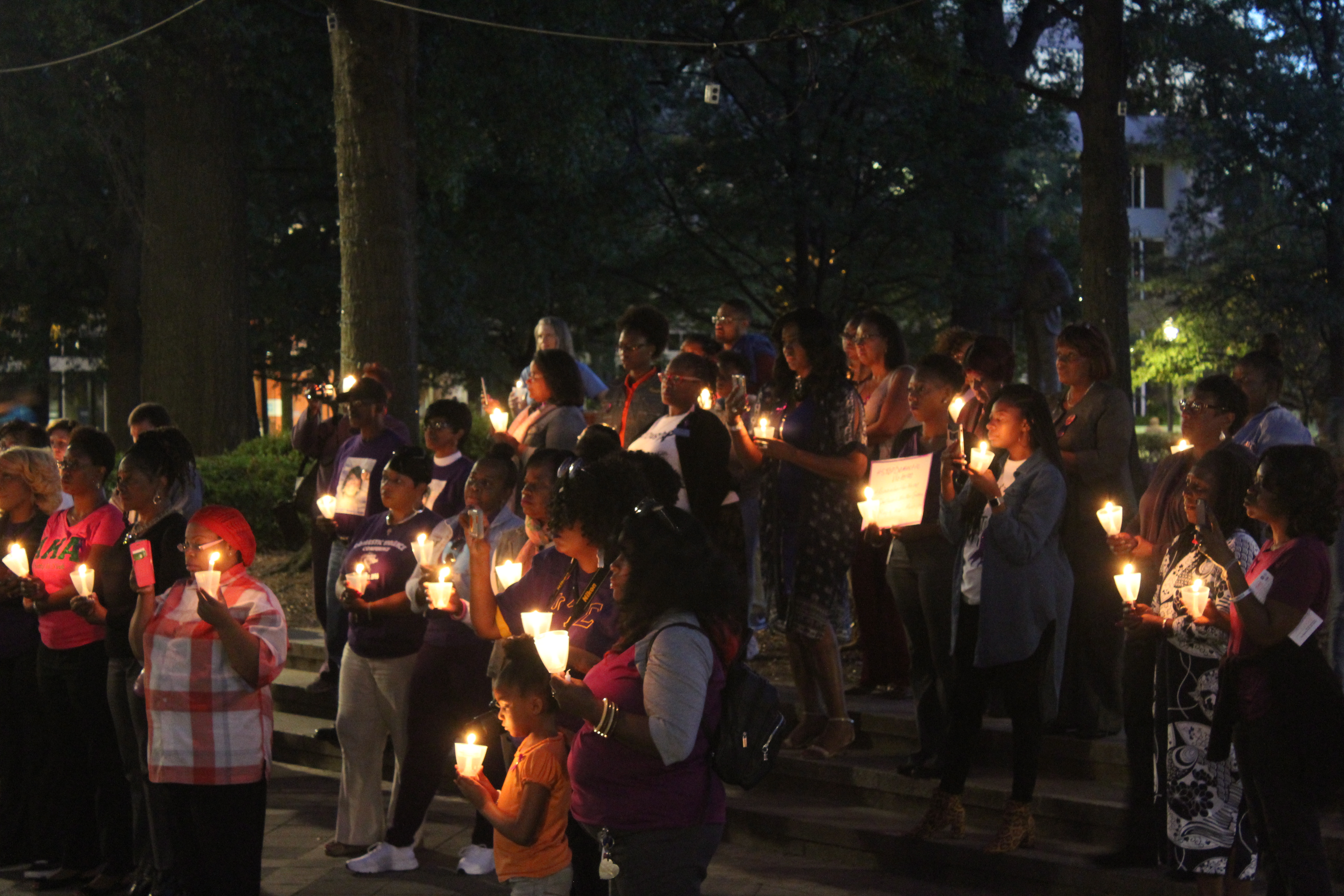 October is Domestic Violence Awareness Month, and as it comes to a close, the YWCA of Central Alabama last week remembered victims of domestic violence.

The candlelight vigil was held at Linn Park in downtown Birmingham.

Jefferson County Commissioner Sandra Little Brown; District Attorney for the Bessemer Cutoff Lynneice Washington and former Birmingham Police Chief Annetta Nunn were among those who spoke in memory of the 14 killed in domestic-related incidents since last year’s vigil.

“You don’t have to be a victim,” Washington said. “You were made to be a victor. God made you who He wants you to be, and it’s not in His will for his people to be unhappy.”

Among those at the vigil was Sharon Thomas, a survivor of domestic violence, who spent four years in an abusive relationship before leaving.

She recalled what happened the night she decided to leave in 2015.

“I knew that if I made it through that night I would not be going back . . . everything I left behind I knew I could get back one day,” she said.

Thomas said she nearly lost her life the night she decided to leave. She was held against her will for 24 hours, raped, beaten and choked. Thomas left with a bag and her car.

“I left everything I had worked so hard for; my furniture, even my dog, Fluffy, which I loved,” she said. “I didn’t get anything back . . . I had all this stuff that I worked for years. I had material stuff, nice stuff, and I always had this fear that if I would leave, and this person was an addict, I knew what would happen to my stuff.”

Thomas, who stayed at a YWCA shelter after escaping, said she would like one day to open a safe haven for women getting out of abusive relationships.

“I know that there are women . . . who are in abusive relationships who are afraid and ashamed to admit it,” she said. “I want to start a support group. I want to establish a home-like environment, a place that’s more like home for the women.” 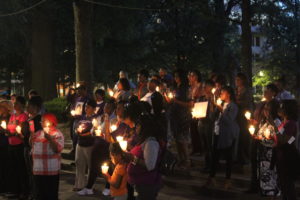 Thomas said she had stayed for two reasons.

Manipulation is also a part of the abuse, she said.

“You’re controlled, and you don’t even realize it,” Thomas said. “A lot of the things going on in the relationship you associate as love.”

One reason she didn’t speak up is because of fear that people would not believe her, she said.

“When people would see us together, or we were around others, he was the perfect gentleman. He was like Prince Charming,” she said. “He was opening doors, and so polite and the perfect guy. So I felt like people wouldn’t believe what was going on behind closed doors was true. I’ve only recently told people. I told my pastor a couple of months ago, and a sister at the church a couple of weeks ago. It was like my dirty little secret.”

“I thought I was dealing with the situation, and I could put them behind me,” she said.

She knew something was wrong when she kept leaving jobs, because of triggers – or reminders — that would take her back to the abuse she faced, she said.

“There was a fight at the place where I worked. Two women ended up fighting and I thought I was okay, but when I saw that it triggered something where I just couldn’t bring myself to go back to [the job]. That’s when I found out it was PTSD,” she said.

Thomas recently quit another job for almost the same reason.

“I just felt like that night was happening all over again and I had to get away, I had to run,” she said. “It’s hard to explain and I totally don’t understand it myself. It just took me back to that night.”

Thomas said she is doing better.

“The shame has lifted. I can talk about it now,” she said. “I still tear up, but I have a desire to help others now and I feel that’s part of my healing now.”