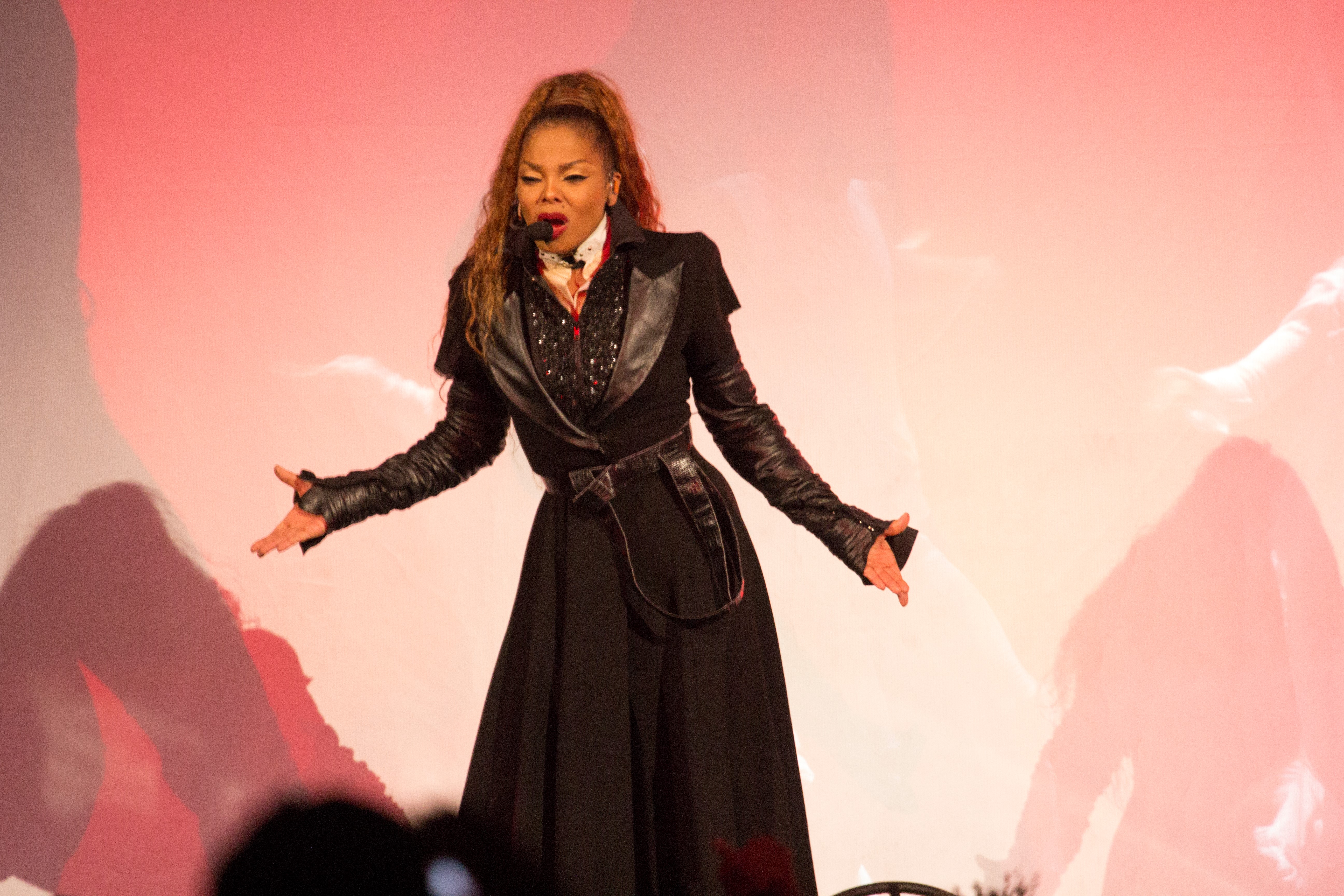 After several postponed dates in 2015 for her Unbreakable Tour, Janet Jackson’s rebranded “State of the World” extravaganza, birthing a new concept and message, rolled into the Birmingham Jefferson Convention Center on Saturday.

As striking images of police slayings, terrorism, and Syrian refugees dripping with blood, and flashing guns darted across draping translucent screens, the 35 year music vet opened the show solo with her 1984  hit “Knowledge” from her fourth studio album ‘Rhythm Nation 1814’. The imagery combined with the messaging, and Jackson’s clear stance on the current state of the world riled up the audience, as Jackson and her audience stood together to demand change, justice and equal rights. 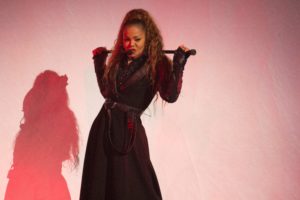 The 51 year-old ‘What Have You Done for Me Lately’, singer rendered a high-energy performance medley of over 20 of her greatest hits. Intricate, flawless choreography was delivered to the 2015 hit, ‘BURNITUP!’, featuring Missy Elliott, with a cameo performance from the ‘Get Your Freak On’ rapper via big screen.

Jackson, the entertainer extraordinaire remains strongly disciplined in the art of dance, even though her breathy vocals were overrun and outshone by her band, brought to life many of her greatest hits from “Nasty,” “Miss You Much,” “Escapade,” and “Control,” to later hits “That’s The Way Love Goes” and “All for You” and the chart-topping “Rhythm Nation.”

When many thought the show had ended the icon returned for an encore that included a medley that began with, “Livin’ in a World” [Rhythm Nation 1814],  followed by snippets from “Black Eagle”, “New Agenda”, “Damn Baby”; the highly anticipated, “I Get Lonely” [The Velvet Rope, 1997], and ended with “Well Traveled”, from her ‘Unbreakable’ [2015] album.