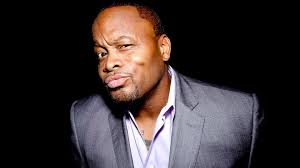 5J BARROW and BATTITO at The Nick.

BLACK PUSSY, HAPPY LEMMY and WAX FUR at the Nick.

HANK ERWIN AND THE SBG’S at The Nick.

REED TURCHI, JARED GRABB and BRETT CONLIN at the Nick.

GARY LAZER EYES, REVEL IN ROMANCE, THE MURDER OF JANE CROW and MARIELA at The Nick.

‘WE READY’ A DOCUMENTARY – A HBCU Story, WE READY, is about Miles College and the Purple Marching Machine (PMM) Special Presentation directed by Drae Jackson. THE film is premiering in Birmingham prior to its national tour. The movie is focused on the art of marching bands and is entitled ‘WE READY.’ There will be special guests and surprise guests. FREE!

THE NATION – An independent film comes to Birmingham that features some of America’s great African- American Actors. It highlights critical aspects from the Nation of Islam history that no other theatrical film has touched. It is at the B.O.S.S. Ultra Bar and Lounge on January 20, Saturday, 2 p.m.

MLK JR. DAY DRUM RUN & 5 K, 7 a.m., Saturday, at the Birmingham Civil Rights Institute. INSPIRE, FITNESS, FELLOWSHIP WALK AND RUN starts and ends in Kelly Ingram Park. The race features drum lines from the metro area schools that will line up along the racecourse to keep the beat as the runners and walkers make their way. The race day activities include a warm up, live music, professional timing, sponsors booths, post party and the race goodie bags with popular MLK Day 5K Drum Run shirt for all race entrants.

COMEDIAN SID DAVIS. Nearly 25 years after a young Sid Davis put his dreams of being a comedian on hold to raise a family he stepped on a stage, heard his first laugh and never looked back. After making folks laugh around the U.S. and Canada in clubs, casinos and corporate events, Sid was spotted and hired by comic legend Joan Rivers who was searching for a dependable, clean opening act. Watching Sid on stage from the wings, Joan repeatedly stated to her manager standing next to her, “This guy is absolutely terrific!” The audiences who see Sid Davis’ show live agree with Joan; he is terrific!

SATURDAY DAYHIKE, 10 a.m. Southeastern Outings Dayhike at Lake Guntersville State Park – DETAILS: The hiking trails in Lake Guntersville State Park traverse moderate to difficult terrain and cover over 36 miles of park property. They are multi-use trails, serving as hiking, biking and horse trails. The trails are varied with some following alongside the banks of the Tennessee River, others leading to seasonal waterfalls and wildflowers, and some piquing your interest just by their name alone such as the Old Still Path and the Moonshine Trail. The trails differ in length from .5 miles to 3.5 miles, connect with one another to form a loop of trails that add up to about six miles. Pack a picnic lunch and head out for a day exploring the ridges, waterfalls and river in beautiful Lake Guntersville State Park. Well-behaved, carefully supervised children age 8 and up welcome. Optional dinner after. No charge for park admission. Depart 10 a.m. from the Floor and Décor Store on Green Springs Highway. For more info: Randall Adkins, (205) 317-6969.

SUNDAY DAYHIKE, 1 p.m. at Oak Mountain State Park – DETAILS: Enjoy a moderate 4 mile walk in the woodlands near Birmingham on a Sunday afternoon. This is an excellent outing for introducing your friends to Southeastern Outings and for making new friends who enjoy the outdoors. Parts of this hike may be off the color-coded trails. There will be some ups and downs. Well-behaved, properly supervised children age 8 and up able to walk the distance of about four miles and complete the hike are welcome.Share an adventure! Depart 1 p.m. from the Oak Mountain Park office parking lot. Bring $5/person ($2 seniors) park admission fee plus your drink. For more info: Edd Spencer, (205) 317-5868.