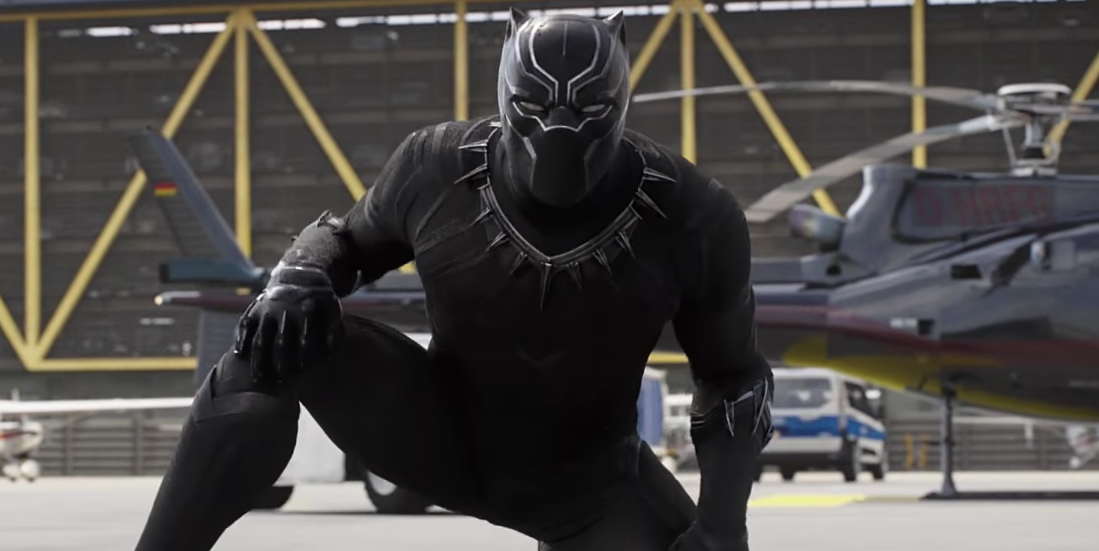 His “Black Panther” fandom stretches back to Dr. Greg Carr’s boyhood, with him dashing inside a neighborhood store to snag the latest edition of that barrier-busting Marvel comics series about a caped, cat-masked superhero hailing from a fictionalized, self-determining African nation.

“Lord, have mercy,” said Carr, remembering his 8-year-old self, ducking into that Nashville store. “I’ve been a fan ever since my daddy gave me 50 cents to run around the corner and buy one of those books … It was the first time we saw ourselves in the comics.” As a movie version of that “Black Panther” comic book, which debuted in 1961, is released Friday on the Big Screen, it’s worth noting that Marvel toyed with renaming the series “Black Leopard” during the Black Power movement when Black Panthers of a different sort toted guns and demanded Black freedoms.

Marvel backed off that idea, said Carr, chair of Howard University’s Department of Afro-American Studies. Still, the renaming idea itself said much about White fear at a time of surging Black resistance, and of Black pride akin to what now is propelling “Black Panther” the movie – with its marquee Black acting cast – to likely blockbuster status.

The optimistic projections are based on historically high advance ticket sales, bookings of entire theaters by like-minded “Black Panther” devotees old and neophyte, and such fanfare as “Black Panther” backers parading across Youtube and other social media hotspots in self-styled panther-centric attire.

The collective signs, Carr and other scholars said, are disproving notions long held by Hollywood: That too few Blacks — and, by extension, other people of color in an increasingly diverse America — are cinema buffs. That a movie with strong Black characters at its core, not on its periphery as Black characters often are, won’t deliver sufficient returns at the box office.

“It’s a milestone film,” said Dr. Darnell Hunt, a University of California at Los Angeles sociologist and researcher on the entertainment media’s handling of race and diversity. “It’s the first tent-pole film — a term they use in Hollywood to explain these big-budget blockbusters — that has a majority Black cast and a tells a purely Black story.” It’s not, say, a Tyler Perry flick almost exclusively marketed to Blacks or a movie whose star is, say, Will Smith, playing the lead role in a story that isn’t intrinsically Black, said Hunt, dean of UCLA’s School of Social Sciences. Before assuming his current post in 2017, Hunt directed UCLA’s Ralph Bunche Center and was chief researcher on its annual “Hollywood Diversity Report.”

“It’s a watershed moment,” Hunt added. “The handwriting is on the wall: Diversity sells. The issue and challenge is that the industry is still run by White men [who are] … slowly, begrudgingly having to reconcile the reality that people of color are driving the box office now. Our research data show that … ‘Black Panther’ is the perfect example of what the industry can do. It’s what we can point to and say, ‘Look at what’s possible when Hollywood is doing the right thing.’”

With “Black Panther,” he said, “Someone had the forethought to say, ‘If they’re going to do it, they’re going to go all in.’ Finally: a $200 million budget. Primarily Black cast. Black director. It looks good in today’s climate. But I’d like to see more people of color behind the lens and in the producers’ chairs … If everyone gets out and supports this movie, and sees it multiple times — that’s the key — then, there will be more sequels and spinoffs.” Chy’na Nellon, a Little Rock, Ark.-based educational consultant who earned a Syracuse University master’s degree in Pan African studies, said she’s gratified that pre-release support for “Black Panther” is so high. “I know that we adults are excited,” Nellon said, “but these young people are geeked, totally geeked. That’s an important fact, especially when you consider what’s happening with race in this country.”

She cited, for example, “Black Panther” star Chadwick Boseman reporting that he drove past Ku Klux Klan rallies outside Atlanta, where the film was shot, as he traveled to visit kin in South Carolina on days off from filming.

Even so, Nellon added, there are numerous signs of support for the movie. Rapper-actor T.I., teaming with Walmart, randomly gave out hundreds of tickets to the show.

“My favorite YouTube video is of this guy in a ‘Coming to America’ lion’s hat,” said Nellon. “His wife has a bucket of flower petals that she’s throwing to the ground around his feet … In another video, a Black guy is putting on his face paint and dashiki, and he starts dancing from side to side. He says ‘This is how I’m going to the premier.’”

On a more serious note about a movie set in fictionalized Wakanda, Nellon said: “As we are experiencing this, we’re asking all these questions. What is Wakanda? What does it look like? Wakanda is the space where we haven’t been touched or taken or raped or pillaged. What would we be if Wakanda was a real place? A key lesson of studying Black culture is learning that we were, among many things, kind people. It wasn’t that we couldn’t protect ourselves in pre-colonized Africa. It’s that we gave them so many second chances.”

Parsing Black truths from a film based on superhero fictions, no matter how inspiring or enlarging, is a main challenge that “Black Panther” presents, said Carr. Some moviegoers, he suggests, likely will leave the theater believing Wakanda is real. “It could very quickly go out of hand. This is a time when we are not learning nearly enough about slavery, about Black history … in the classroom.”

Still, after detailing factoid after factoid about “Black Panther” the comic book character, Carr said “the beauty of this film is completely self-contained. You can watch this without knowing anything about the Marvel cinematic universe. They have folded in the arc of the ‘Black Panther’ universe in a way that, when you leave the theater, you have a firm grasp of who he is, where he came from, what the conflicts are … They fixed it so that a 6-year-old can come in and go out and, say, ‘Cool.’”

Said UCLA’s Hunt: “The importance of this film is that it depicts Africa as a civilization that is not second to any European civilization. It depicts a Black superhero who is the ultimate agent; he is not a drug dealer, he does not own the biggest drug syndicate in town. These are things Hollywood mainly does not allow us to experience. This is all distinctive, and very good.”