VINTAGE PISTOL, JAMIE LOU AND THE HULLABALOO, and GHOSTWRITER at the Nick.

CHOIR OF BABBLE, THE JIMJIMS, (THE) DEAD SEA FLOWERS and SMOKING WITH THE BANDIT, at The Nick

TERRANCE YOUNG at the Perfect Note..

BRENT COBB at WorkPlay. He is one of the most sought-after songwriters in the music industry and now a Grammy-nominated recording artist in his own right.

WILLIE BRADLEY at the Perfect Note.

HIGH UP, WHISPERTOWN and DEAD FINGERS at The Nick.

THE TENS and DYLAN LANCASTER at the Nick. 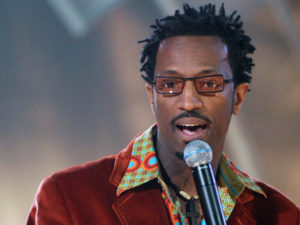 CAVE OF SWIMMERS, ONEOFYOU and MILK JUG at the Nick.

WINE DOWN WEDNESDAY, every Wednesday at 30/40 Hookah Lounge

THE LADIES OF (featuring JAMES HALL, CAPTAIN KUDZU and DREE LEER at the Nick.

JUNA, HOLLIER, MOTH FACE and BACKYARD CAMPING at The Nick.

17th ANNUAL TASTE OF HOMEWOOD, March 8, 5:30 – 8 p.m. in Rosewood Hall at 2850 19th Street South. 1918 CATERING LLC will be one of the local restaurants at the event. Chefs Jason and Jamal Brown will be on site to showcase their signature pecan-smoked turkey, pork butt and chicken. The barbeque duo will also feature their spin on a southern favorite, shrimp and grits, along with family desserts. There will be food and drinks from 30 eateries.

AT THE BIRMINGHAM PUBLIC LIBRARIES

FREE ENGINEERING WORKSHOPS – Teens Engineer BHM program begins this Saturday at Powderly Branch Library and continues at 10 other libraries before concluding at Powderly Library on May 3. It is for middle and high school students with in interest in math and science. Tuesday, 4-5:30 p.m. at the Five Points West Library. Next Thursday, 4-5:30 p.m. at the North Birmingham Library.

SPINNERS CLUB, 6-7 p.m. Tuesday, is the club for people that enjoy listening to various music genres. The focus this time is jazz music. BPL Spinners Club meets in the Story Castle on the second floor of the Central Library, 2100 Park Place. The brainchild of Russell Lee, Library Assistant III in the Art, Literature & Science Department, BPL Spinners Club is a music-based program in which attendees will listen to preselected music recordings and then open the floor for brief discussions about them. The club, which debuted Feb. 6 with a spotlight on the blues, will explore a different genre of music monthly. No registration is required and the minimum age limit is 18. For more info, call Russell Lee at 205-226-3673.

2018 MOCK TRIAL PROGRAM through March 22 in the Central Library’s Teen Zone on Thursdays from 4-5:30 p.m. Students will conduct a mock trial at the Jefferson County Courthouse. TODAY, they learn how to cross-examine a witness. The program is for 6-12 graders to learn critical thinking and advocacy skills utilized in courtroom trials. Other dates – March 8 – Closing Arguments and Mock Trial Preparation. March 15 – Mock Trial Preparation and March 27 – Mock Trial at the Jefferson County Courtroom.

STEP 1-2-3: MENTOR FOR LIFE CONFERENCE – Step 1-2-3: Mentor for Life will host their inaugural conference, #IAMLOST: How to Secure the Bag, for youth and adults, Friday, 11 a.m. – 4 p.m. at The District Room. The conference will focus on empowering those who are in their final steps of obtaining their degree or education and are unsure of the next step. The conference will feature a keynote address from Chaucer Barnes, Chief Audience Officer at Translation LLC and United Masters, and testimonials featuring Kezia Williams, Herschell Hamilton, and Jessika Banks. The conference looks to give attendees a chance to learn and connect with other like-minded individuals in the community. Call (612) 701-2947 for more.

SAVEFIRST INITIATIVE – FREE TAX PREPARATION – Impact Alabama’s annual free tax preparation services for working families will be available at five locations in the Birmingham area – Bessemer, Roebuck, Smithfield, West End, and Woodlawn. The SaveFirst initiative will provide free income tax preparation services to working families making up to $54,000/year with kids in the home or $20,000/year without kids in the home. Interested individuals should call 1-888-99-TAX-AL for a free appointment.

MICHAEL NAU & THE MIGHTY THREAD at The Firehouse on March 10. Michael Nau returns this year with an expanded full-band lineup now known as The Mighty Thread, comprised of musicians from all over America who have been a part of his touring and recording life over the past few years, comprised of Will Brown on keys, Benny Yurco on guitar, Graeme Gibson on drums, Robinson Morse & Evan ApRoberts on bass. Lineup for the night is: Michael Nau & the Mighty Thread, Lady Legs, Timber, and Dogwood Lung.

16th ANNUAL ALABAMA JAZZ HALL OF FAME (AJHofF) STUDENT JAZZ BAND FESTIVAL – THE AJHofF is having its annual festival at Birmingham-Southern in Munger Hall Auditorium on April 5-7. FREE. There will be performances from college, high school and middle school jazz bands that will highlight both vocalists and players. The goal is to provide a wider variety of entry points for attendees to understand and appreciate jazz and its heritage.

COMEDIAN T.J. MILLER. T.J. MILLER is one of the most sought-after comedians in the comedy world, but not in the drama world, or the finance world. He was named one of Variety’s “Top 10 Comics to Watch,” and EW’s “Next Big Things in Comedy”. Miller’s voice stars in Disney’s Academy Award-winning animated feature, BIG HERO 6. You may recognize his non-animated face and body from his roles in FOX’s big screen comic book adaptation of DEADPOOL, the highest grossing R-rated film of all time, 2014’s surprise indie hit TRANSFORMERS 4, and Mike Judge’s HBO comedy series SILICON VALLEY, now in its third season, for which he received the Critics’ Choice Award for Best Supporting Actor in a Television Comedy. His podcast “Cashing in with T.J. Miller” on nerdist.com is listened to by 12 and ½ people, and he is a nationally touring stand-up artist, crisscrossing the country listening to Kris Kross.

TUESDAY: COMEDIAN TIM STATUM. Entertaining audiences wherever he goes, Tim is a Birmingham native who will keep you in stitches with his southern style humor and storytelling. Tim incorporates real-life stories of growing up in the country with classic stand up comedy to provide a hilarious evening.

AT THE ALABAMA SCHOOL OF FINE ARTS

INNOCENT FLESH, Friday and Saturday at 7 p.m. The play was written by Kenyetta Lethridge and directed by Susan McCain. This show explores the stories of four young girls, victims of human trafficking. This performance is poignant, but does concern a very heavy issue, human trafficking. There are mature issues and language of which the audience should be aware. Students younger than 14 should be accompanied by an open-minded parent.

AT UNIVERSITY OF ALABAMA GALLERY

A HARDER TASK THAN MAKING BRICKS WITHOUT STRAW, an exhibition of artworks from the DOUG McCRAW COLLECTION, Friday – April 30 at the University of Alabama Gallery. Opening Reception is Friday, 5:30 – 7:30 p.m. at the Gallery in Tuscaloosa, 620 Greensboro Avenue.

AT THE BIRMINGHAM OF ART

SLOW ART SUNDAY, 2-3 p.m. at the Birmingham Museum of Art with Master Docent Julia Stork leading a discussion on WOMEN IN A GREEN COAT by BETTY GRISHAM.

SIXTEENTH EIVOR AND ALSTON CALLAHAN ASIAN ART LECTURE, Friday, 6-9- p.m. at the BMA. Free. Art Historian John Seyller will illuminate the career of a previously unknown Mughai court painter, Abd al-Karim, who until recently was only known as the Bodleian Painter. Seyller will demonstrate how under the master Farrukh Beg, Abd al-Karim affected traditions of paintings in Bijapur and went on to create a lasting legacy for his work.

HOLI: A FESTIVAL OF COLOR, March 10, 11 a.m. – 3 p.m. at the BMA. FREE. Join the Indian Cultural Society for the 8th Annual Holi Festival, the Indian celebration of color. It will feature music, dance, food, henna, art-making and gallery exploration. Wear something that you don’t mind having to wash as at the end of the day guests gather outside for the throwing of powdered colors to welcome the spring season.

MLK TAPESTRIES BY PETER SIS – Ireland-based Bill Shipsey is a human rights activist, artist event promoter and producer, barrister, and the founder of Art for Amnesty-Amnesty International’s global artist engagement program. Since 2012 he has conceived and commissioned 12 monumental memorial tapestries. These tapestries are on permanent loan at various airport and museum locations around the world. Three new Peter Sis-designed tapestries honoring Martin Luther Kigmng and the Civil Rights Movement in the U.S. are on display at the Civil Rights Institute in Birmingham. These tapestries are at the BCRI through March 16.

MARCH 24 – JOKES FOR HOPE at WorkPlay.

MARCH 29 – MEET AND GREET THE CANDIDATES at the Boutwell Auditorium.

APRIL 28 – THE CALIFORNIA HONEYDROPS at ZYDECO.