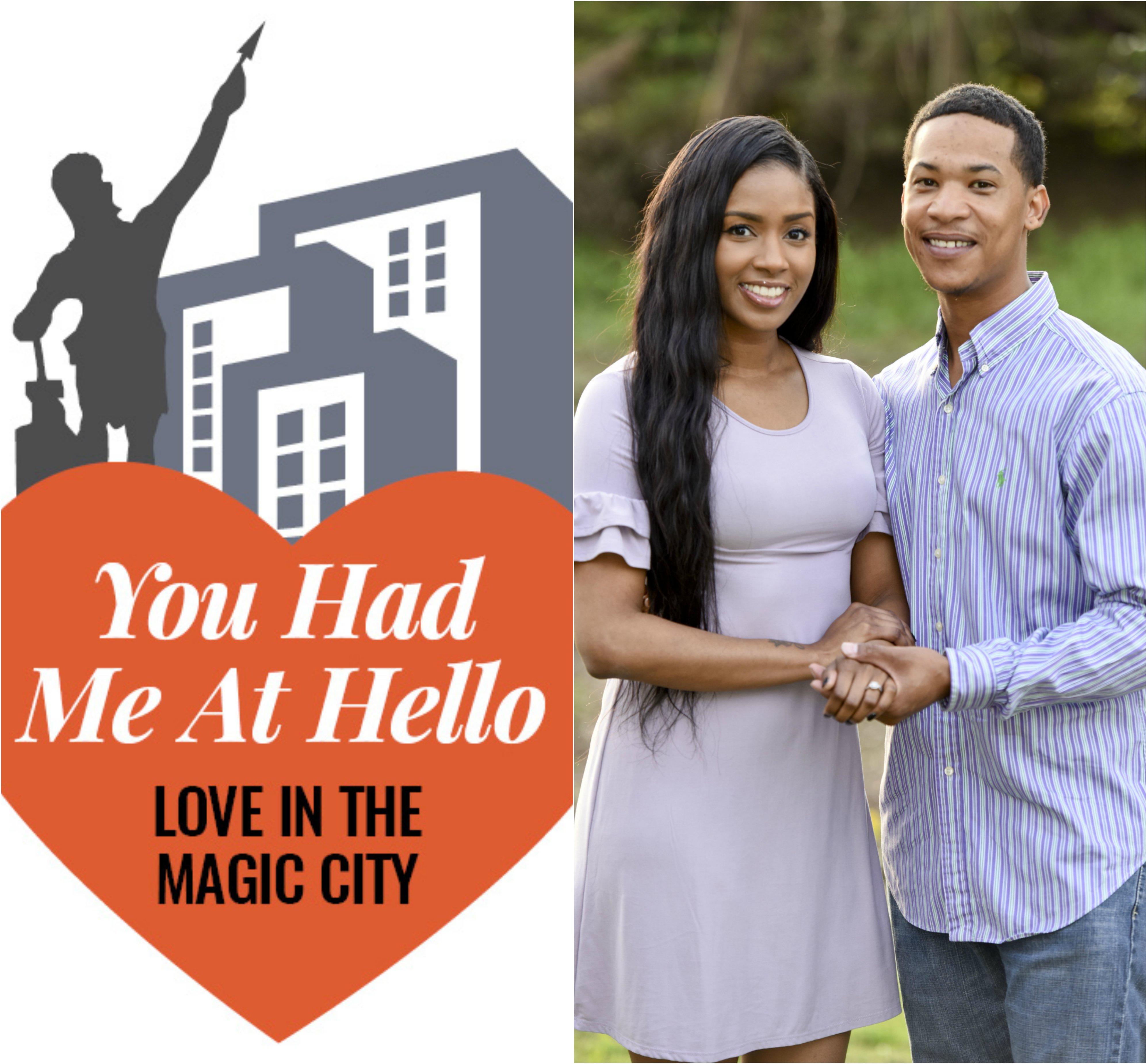 Met: Laterrius and Jennell Steele met at Birmingham’s Club Onyx after being introduced by his cousin, who happened to be an old classmate of Jennell’s. Laterrius said he spotted Jennell as soon as she entered the venue that night and told his cousin “she’s beautiful! I’ve always wanted to talk to her, but never can never get close enough to her.” Laterrius said the introduction resulted in receiving Jennell’s phone number.

First date: Three-days later the first date was set and the couple met at the Margarita Grill. Latterrius remembers she played “hard-to-get.” Jennell doesn’t deny it. She actually did have a deep attraction for Laterrius but wanted to take it slow, she said.

One week after their first date they were snowed in during Birmingham’s “Snowpocalypse 2014.” They learned a lot about each other. By the end of the snowstorm the two became “inseparable.”

“We started blending our lives,” Jennell said. “We started going to church together, and I got my first glimpse of motherhood.” Laterrius has a daughter Liala.

“Their father-daughter relationship is what really got me, because I was able to see me and my dad in them. Seeing what type of father he already was did it for me,” said Janelle.

The proposal: Jennell recalls the beauty of their impromptu, untraditional engagement. “It was sweet, but it wasn’t the fairy tale thing. He wasn’t on bended knee, we didn’t have a ring. But while we were talking about all the possibilities, he started confessing his love, and did actually officially ask me to marry him. I was touched … I said yes.”

The wedding: The wedding was at Bessemer’s Watermark Event Center with 70-guests. Laterrius sung Brian McKnight’s “Irreplaceable” to Jennell as she walked down the aisle.

Laterrius recalls their first dance. “Looking at my beautiful bride and knowing that we actually did it … we made these vows to each other, and I was so grateful that she became my wife.”

Words of wisdom: “Keep your circle small, and your trust deep,” said Laterrius “And off Facebook,” Jennell added.

“Don’t let unhappy naysayers and trouble makers invade your circle. In fact, no one should be in that inner circle but the two in the marriage and the children,” said Laterrius.

Happily ever after: The Steele’s are both Birmingham natives. Laterrius, 31, is a Huffman High School grad and Jennell, 31, is from Fairfield, and a Homewood High School alumni. Jennell is a part-time real estate assistant, and part-time stay at home mom. She enjoys party planning for her family, and teaching her girls at home, while Laterrius works as an installation technician for a telecommunications giant. The Steele’s are in the process of purchasing their first home.

Thursday’s are special for them.

“He’s off on Thursday’s, and the kids go to the babysitter so we can go spend the whole day together. We start with breakfast, then go do something fun, like ride bikes at Railroad Park, or go play Top Golf,” said Jennell. “And then we go home … and make bacon,” Latterius said.