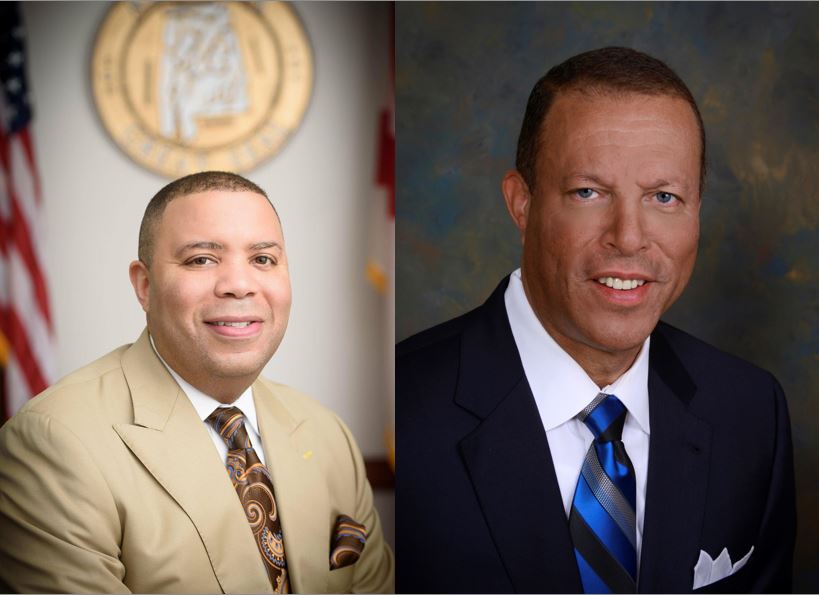 The race for the Democratic nominee for Jefferson County district attorney (DA) pits a former federal prosecutor against the man who once occupied the position and now wants it on a more permanent basis.

Johnson is a former assistant U.S. attorney, who served from 1991 to 2000, and, more recently, a criminal defense attorney who argues complex criminal law cases. He was one of the attorneys who defended former HealthSouth CEO Richard Scrushy in his criminal, civil, and U.S. Securities and Exchange Commission (SEC) cases.

Carr said he would have no learning curve to overcome if he’s elected DA.

He has been active in schools, he said, promoting crime-prevention programs and methods like Think 10 Seconds, which encourages young people to consider their actions before engaging in criminal activity.

“All these things I’ve talked about and I’ve done before I even thought about being a candidate for DA,” Carr said.

As interim DA, Carr said he expanded the veteran’s court and the drug court, as well as continued to grow the Helping Families Initiative, which deals with school truancy.

He said he will continue his community-based approach to fighting crime: “We’re going to continue to prosecute the bad guys because that’s what our purpose is. At the same time, though, I believe we need to take it a step further and be involved in prevention.”

Carr said that means he will continue being a presence in the community, attending neighborhood meetings, visiting schools, and letting the community know “we’re available to assist in any way.”

He also said he doesn’t need experience as a defense attorney to do the job: “I’ve been on the prosecutor’s side because I felt that’s where I could make a difference. I could have been a defense attorney and made a whole lot more money. At the same time, my experience over the years as a prosecutor and my record of being fair speak for themselves.”

Johnson said his experience on both sides of the attorney’s tables gives him an advantage as DA.

“I think to be a good prosecutor you need to understand the defense side as well as the prosecutor’s side,” he said.

Johnson said his diverse experience in law will be valuable to the DA’s office: “I have a variety of experiences and not just one job on my resume. I have a set of skills that will allow me to bring more to the office than just knowing what a prosecutor knows.”

Johnson said he would address crime through various programs, including one that would allow suspects of petty-drug-possession cases to bypass the summons process in favor of a drug-counseling program with the involvement of the DA’s office, a defense attorney, and a drug counselor.

“Once you complete that program successfully, your case is gone,” Johnson said. “The beauty of that is you’re never arrested, you’re never taken before a court or a judge, you’re not in the system, and you’re given a second chance.”

He also wants to expand community policing to involve local law enforcement, as well as state and federal resources, Johnson said: “Bringing these types of resources—funded resources—into a community that’s being hard hit with drugs or violent crimes can make a world of difference.”

His father, Raymond Johnson Sr., was an original Tuskegee Airman who went on to become a civil rights lawyer who had the Rev. Dr. Martin Luther King Jr. as one of his clients. That had a profound effect on the younger Johnson.

“I remember listening to Dr. King,” he has said. “He was a very polite man, very gracious. I saw that with my father, too. To listen to [King] talk, … he wasn’t loud or boisterous. He was gentle and soft, but when he spoke his words were just so intense. Everybody in the room would just stop and listen.”

Johnson, who has taught voting rights and civil rights at Samford University’s Cumberland School of Law, followed his father into law. Also like his father, he worked with the National Association for the Advancement of Colored People (NAACP), becoming a member after joining the California bar; he served as vice president and president of the Los Angeles, Calif., chapter.