SOUND SESSIONS IN THE GRILL with JD & THE MAN, at Iron City.

HERE TO BE HEARD: THE STORY OF THE SLITS AND SLITS DOC AFTER PARTY: PARACHUTE PUNK SHOW w/HUMAN BEAT, BURNING MOON and ROLLO at Saturn.

INGHOSTS, ARTICA, GEARS UNDER ATLAS at the Nick.

FITZ AND THE TANTRUMS WITH MIKKY EKKO at Iron City.

SLEEP SIGNALS, 7 STONE RIOT and SHADES OF SINN at the Nick.

SOUND SESSIONS IN THE GRILL at Iron City with HD & THE MAN.

SOUND SESSIONS IN THE GRILL, at Iron City.

POND and FASCINATOR at Saturn.

GEORGIA DISH BOYS, THE JIMSJIMS and KYLE KIMBRELL at the Nick.

VOLK, CAHABA STARSHIPS and PILGRIMS at The Nick.

THE POSIES and TERRA LIGHTFOOT at Saturn.

During the camp, girls 13 to 18 years of age will learn the fundamentals of volleyball technique, which include: serving, passing, setting, and blocking. The Next Level Volleyball Camp will be held July 20, 8 a.m. – 2 p.m. at the Bill Harris Arena at the Birmingham Crossplex. Registration is now open and beginning today, parents/guardians can register their child to participate in the Volleyball Camp by submitting a completed registration form and waiver to DYS. Slots will be filled on a first‐come, first‐served basis until all 80 spaces have been filled. Forms can be submitted in the following manner:

2) Hand-delivered to the DYS office located at 1608 7th Avenue North in downtown Birmingham. FAXED OR MAILED APPLICATIONS WILL NOT BE ACCEPTED.

AT VULCAN PARK AND MUSEUM

MOVIE NIGHT UNDER THE MOON, June 27.

FLICKS AMONG THE FLOWERS at the Birmingham Botanical Gardens, June 6 with HITCH and July 18 with JAWS, 8 p.m.

THE AVENGERS is still showing at theaters around town.

YUNGROD 2 G at The Nick on Tuesday, 8 p.m. YungRod GGucci is a young, female MC who has been compared to the likes of Lauryn Hill, Queen Latifah, Sista Souljah and MC Lyte. This emcee’s mission is to provide positive role models and influences to communities similar to her own. YungRod2G is a philanthropist, artist, and humanitarian.

THIS WEEKEND: COMEDIAN FRANK CALIENDO. Comedian, actor and impressionist Frank Caliendo returns to the StarDome. Caliendo has been making people laugh his whole career. Known for his dead-on impressions of famous actors (Al Pacino and Robin Williams); politicians (George W. Bush and Bill Clinton); broadcasters (John Madden and Charles Barkley); and talk show hosts (Dr. Phil and David Letterman). Caliendo is an eleven-year veteran of television sketch comedy (MADtv, Frank TV). He is currently seen as a regular contributor on ESPN’s Mike & Mike, has comedy specials on TBS and Comedy Central and is a regular on the late night talk show circuit including Jimmy Kimmel Live! and The Tonight Show.

SUNDAY: VIVA LA DIVA. Viva la Diva is an extravaganza of glitz and glamour! The Magic City’s finest Drag Queens bring a splash of Vegas to the StarDome for this high energy spectacular. Have dinner and drinks while you enjoy the Divas’ dazzling, jaw-dropping performances. Don’t forget to honor the drag show tradition and bring cash to tip your showgirls for a raucous good time. Starring: Reese Eve Cocx, Victoria Taylor, Kharris, Omni Cocx, Dominique Divine, and Sharon Cocx. 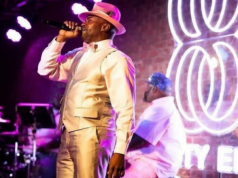 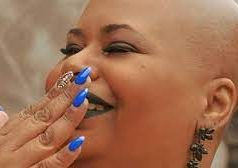 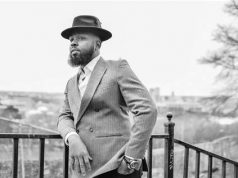