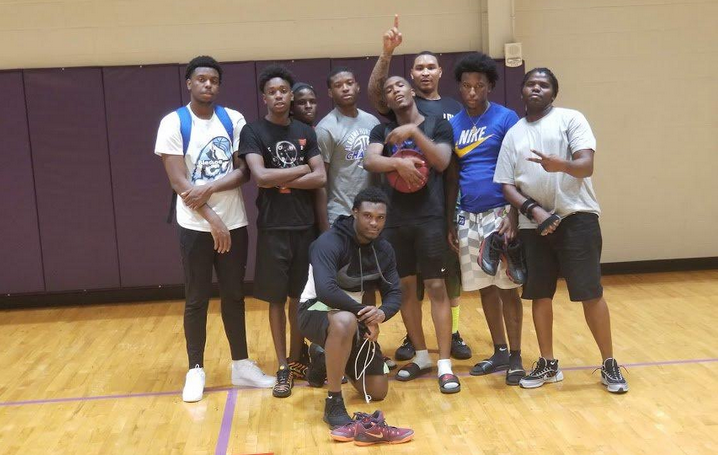 Dozens of teenagers and young men filled a southwest Birmingham gym on a Friday evening of “mind, money and motivation” as the Housing Authority of the Birmingham District presented its second annual Man to Man event.

The event held at More Than Conquerors Faith Church’s Bethesda Life Center featured a panel discussion with men from a variety of fields, followed by an evening of late-night basketball. The goal was to create a casual atmosphere where men were free to have frank discussion and receive guidance to a variety of resources.

“Every morning that you wake up, wake up with some faith,” said HABD Vice Chairman Cardell Davis. “We all go through some tough times, but we always have to have hope and faith out of those tough times.”

Mayor Randall Woodfin was also in attendance, sitting among the crowd on the gym floor after quietly greeting the room of volunteers and participants. In his trademark approachable style, Woodfin said he preferred to be among the audience rather than center stage.

“I’m just here to support you all,” he said.

Wynn, whose efforts focus on Marks Village and the Gate City Neighborhood of east Birmingham, spoke candidly about tough times and the consequences of following a crowd.

“I’ve already been to prison,” said Wynn, who was sentenced to 10 years to life. “How did I do it? By following the crowd. Don’t follow the crowd.”

Just as his organization is named, Wynn advised the young men to see each other as relatives with a shared destiny.

“Once I realized that, my life changed,” he said. “I look at this room and I don’t see nothing but young kings, and you need to realize this.”

Addison, a defensive end for the Carolina Panthers, talked about the need to remain humble, even in success. Addison is a regular collaborator with HABD, often returning to his native North Birmingham Homes public housing community to give back. The area is colloquially known as “Vice Hill.”

Sly King, radio personality from Hot 107.7, broadcasted live from the event throughout the night. Friday night’s event is among several activities as part of the Department of Housing and Urban Development’s Strong Families Initiative. HUD is encouraging housing authorities throughout the nation to hold a series of activities that are designed to celebrate and promote the benefits of paternal involvement in children’s lives.

Community events will also serve to provide education and resources that promote positive family structures and self-sufficiency among families assisted by HABD. 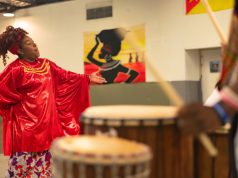