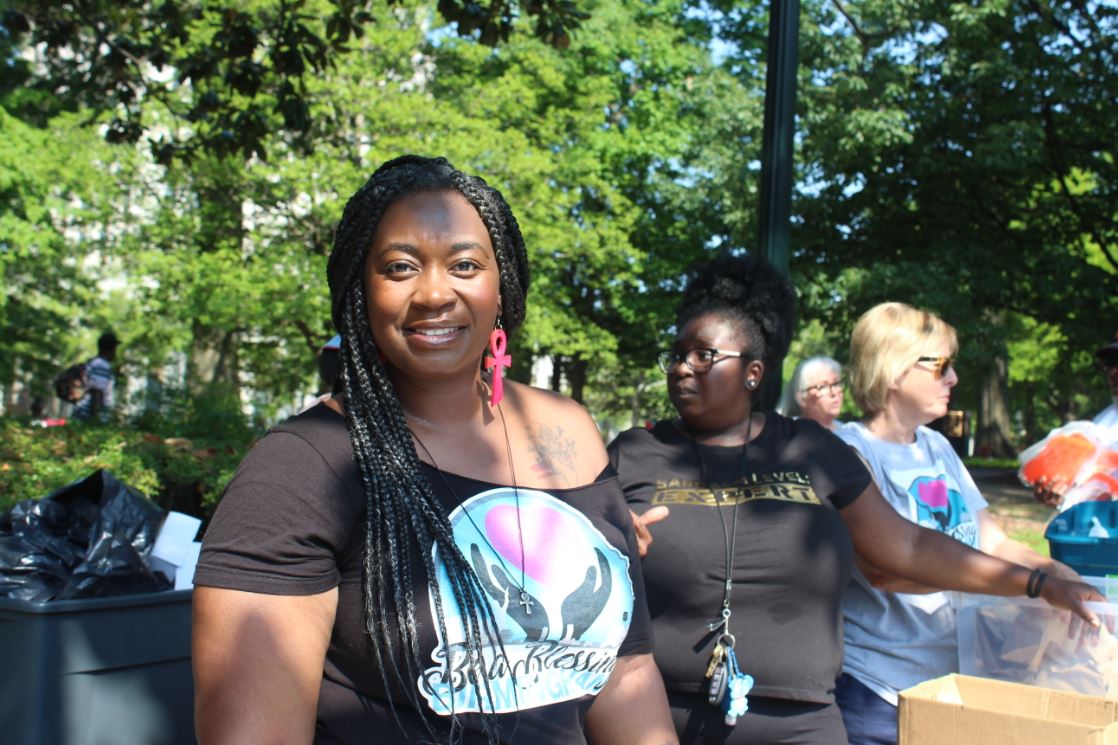 When Erica Robbins and her now 10-year-old son, Aiden, moved to her downtown Birmingham townhouse five years ago, she could look out the window and see a man sleeping under the bridge.

The man, Marcus—who Robbins calls her “neighbor under the bridge”—is a veteran who suffered from post-traumatic stress syndrome (PTSD) after returning home from his service in the military. He had a wife and children, but he failed to get re-acclimated into society and ended up homeless.

Robbins got to know Marcus personally, and one Christmas she asked him what he wanted for the holiday.

“I asked, ‘Would you like a coat?’ because his coat was tattered. ‘Boots?’ because his boots were worn. ‘A tent or sleeping bag?’ because he didn’t have either of those.”

“He said, ‘No. I want toilet paper. … It’s hard enough having to use the bathroom outside. Toilet paper is a luxury.’”

“I thought, ‘This is not OK.’ So, I went into my house—I had just gone to Sam’s Club—and got all the toilet paper I had,” she said.

After seeing what homeless people had to go through to get what they needed, Robbins knew she could do more. She reached out via social media for donations: clothes, toiletries, blankets, and food. It was the beginning of her nonprofit Be a Blessing Birmingham, founded in 2015.

“I thought, ‘I can do this. If I’m going to be volunteering all this time, I can at least do it on my own and actually do better,’” she said. “I started by reaching out to only my Facebook friends, [then] I placed a PODS container in my parking lot, where people could drop off [donations].”

After the success of her first drive, Robbins went from volunteering at local shelters to setting up Be a Blessing Birmingham in Linn Park, where she held food and clothing drives. It has been there ever since.

“[The organization] has grown. It started with two volunteers and has grown to 50 or 60 volunteers regularly,” she said. “On holidays it’s bigger. For Christmas, we had 200 volunteers …; served a full dinner; gave out gifts, clothes, and shoes—and even had Santa Claus and Mrs. Claus. For Thanksgiving, we had about 150 volunteers and served a meal catered by Yo Mama’s restaurant.”

Robbins, 36, is from Munford, Ala., and she is accustomed to a community where people work together to help those in need.

Be a Blessing Birmingham is completely community-donation-based.

“The community supplies everything we need,” Robbins said. “I ran some numbers recently to see how much we actually give away on a monthly basis … in products, food, and clothes—it’s about $10,000. For an organization that had absolutely no funding and me just going on Facebook to ask for what we needed to now having more than 6,000 followers, that’s big.”

Robbins remembers when the community came together to help a mom and her 5-week-old baby. All the mom had was a car seat.

“We reached out to our followers, and they gave her everything she needed. She was staying with someone and had to leave that place, so [our] volunteers in Vestavia Hills took her and her baby into their home,” Robbins said. “We’re as grassroots as they come, but we get things done.”

Robbins has no problem getting to know the homeless or anyone who needs help.

“It’s showing compassion,” she said. “I know most people on the street by name. They know my car. They’ll flag me down. They call me. We don’t have enough care and compassion for those who are less fortunate. We have to start from the roots up. We can’t water the limbs and expect the tree to grow. We have to water the roots.”

Robbins is now hoping to get a permanent location for Be a Blessing Birmingham.

“I would like to establish a center where we can provide counseling services—a lot of people with mental illness are homeless—as well as a place where people can get GED diplomas, driver’s licenses, Social Security cards, birth certificates,” she said. “I’d also like to offer training, so people can acquire computer skills and apply for jobs.”

Robbins continues to see generosity in the community. Green Springs Mini Storage donated two storage units, which Be a Blessing Birmingham outgrew. So, volunteers offered to pay for two more units to keep donations, and they continue to pay the monthly storage bill for the organization. Robbins can’t say enough about those who give.

“There have been times when local warming stations provided food only at dinnertime, so our volunteers donated breakfast and lunch,” she said. “For one woman with a baby, our volunteers donated diapers, wipes, milk, and juice. They gave her 20 pacifiers and clothing. And someone even brought a travel bassinet for the baby, so she didn’t have to sleep on the cots at the warming station.”

Be a Blessing Birmingham has donation boxes set up throughout Jefferson and Shelby counties, and six Synovus Bank branches serve as drop-off locations. Many other local businesses offer support, as well. For instance, employees at Old Navy stores in Riverchase and Alabaster volunteer to help the organization—and for every 25 hours the employees donate, Be a Blessing Birmingham receives $250.

How did Robbins get so many businesses on board?

“One hundred percent of everything we get goes out to the people who need it,” she said. “When you invest in an organization that … is having a direct impact, it makes a difference.”

To donate to Be a Blessing Birmingham, visit www.blessingbirmingham.wordpress.com. 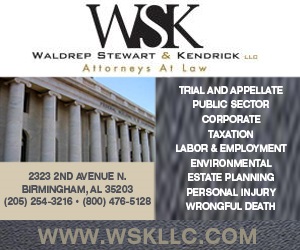