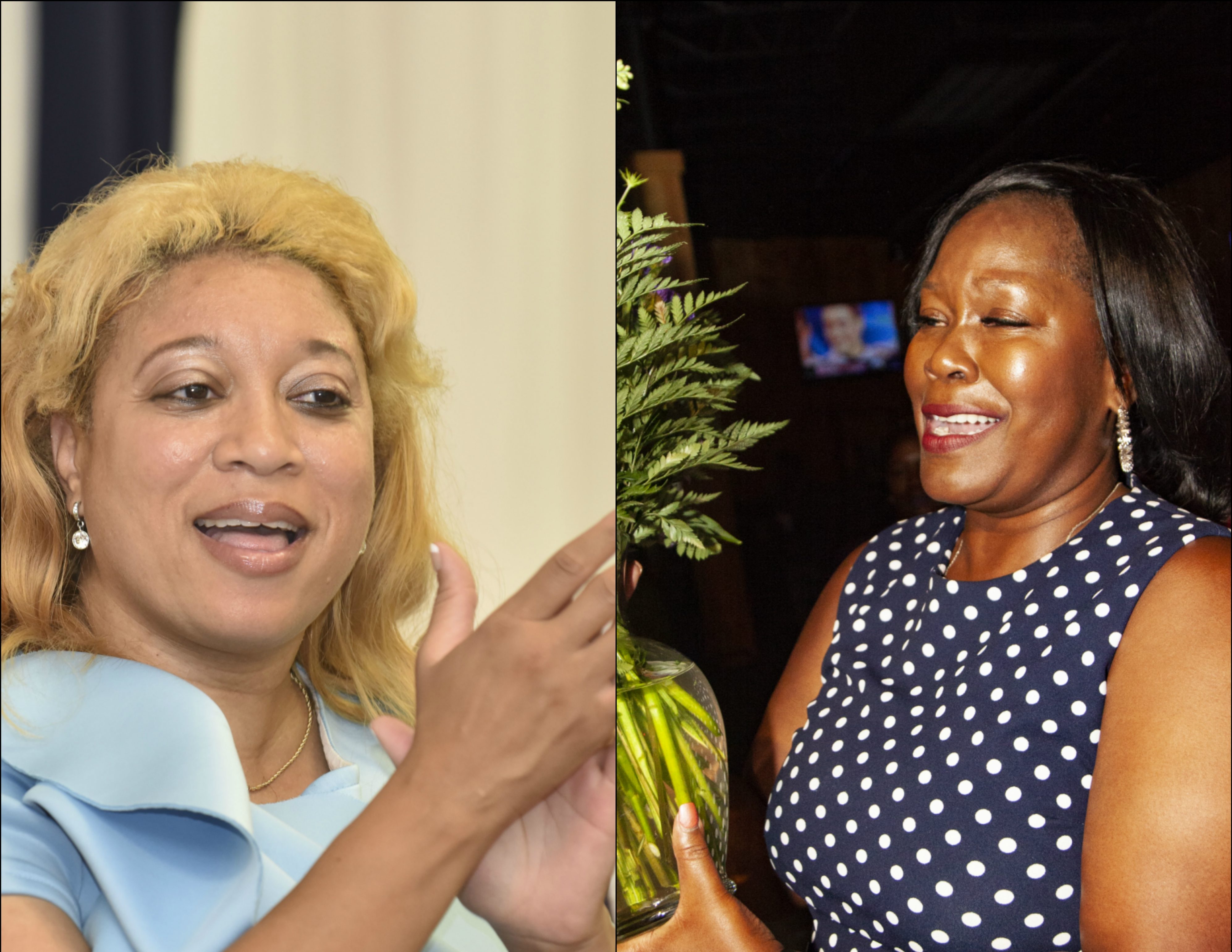 City Councilors Lashunda Scales, in District 1 and Sheila Tyson, in District 2 unseated George Bowman and Sandra Little Brown, respectively. Neither Scales nor Tyson will face Republican opposition in November and each will take their seats following the general election.

Tuesday night’s runoff election dramatically reshapes the Jefferson County Commission which means at least three of the five commissioners serving since 2010 – including Republican David Carrington who decided against a third term – will no longer have offices in the downtown courthouse.

But Tuesday was all about challengers Scales and Tyson, who each won by rather surprising margins.

A confident, jubilant but tired Scales addressed her supporters at her Roebuck headquarters and pledged to make good on her campaign promises of hard work and tenacity once on the commission. “I want to thank all of you for your support,” she said to about 50 supporters at her headquarters in a store front off Parkway East. “I want to thank the workers. We had a magnificent team today. I want to thank everyone for your sacrifice. I want to thank you for your prayers. I realize that you cannot do anything of your own and on your own. It takes support.”
Scales, who has served eight years on the City Council, noted she is the first woman to hold the District 1 County Commission seat and said no one will outwork her, but asked for patience.

“I’m going to mess up from time to time. I may say something you don’t like … but in the end you know I’ve got a good heart and my heart is always going to be in the right place,” she said. “What we’ve been able to do in the city, we’re going to take that to the county. And we’re going to get our sewer rates either eliminated or reduced; we’re tired of these raggedy roads and we’re going to make our health care facilities first class.”

Scales said the campaign was grueling, but worth it.
“We’ve been at this now probably since February and this has been an all day, every day, every weekend kind of thing. I believe the fruits of our labor is paying off. I do believe good campaigning pays off. Sweat equity will always beat out the negative,” she said.

Bowman said “the people spoke” and he plans to retire at the end of this term in November.

“It was a good run,” he said. “The people wanted [Scales] so they have her for a commissioner. This is the American way . . . and I understand it. That’s democracy and it’s the will of the people.”

Bowman said he is proud that while he was in office the commission restored the county’s reputation that had been tarnished by corruption.

“We’ve restored the faith and confidence in the ability of this commission to govern,” he said. “We’ve not had anyone indicted for anything, for any kind of wrongdoing or malfeasance the entire eight years we have been in office.

Bowman served on the commission for nine years and served in a number of roles including as chairman of the National Association of Counties’ Veteran and Military Affairs committee. He is also a U.S. Army veteran with more than 34 years of duty.

“It was a grass roots effort,” Tyson said. “I hardly had any money. We had people volunteering. Low income people wanted change. They came out and they came through for me. When people started running into health care problems and they weren’t getting any service . . . and their sewer bills are so high they are afraid their water will be turned off, the people wanted to get some relief the best way they can.”

Tyson said she looks forward to working on a commission that historical has had three white Republicans and two black Democrats.

“Look at the diversity on the City Council (six blacks and three whites). . .there is no way I would have been able to get millions of dollars for projects in District 6 without working with my colleagues,” Tyson said. “I don’t worry about Republican or Democrat. I worry about people.”

Brown said she was proud of her accomplishments over the past eight years.

“One of my most proud accomplishments was getting the county to come into compliance with the federal consent decree that for the past 30 years had plagued Jefferson County about the mistreatment of black men and women,” Brown said. “I hope the county continues to be a vibrant county, because it is growing and we fixed it and I want to see it continue to grow.”

Tuesday’s results mean that the Jefferson County Commission will be dramatically overhauled when the 2018 term begins in November and will look nothing like the board of the past eight years when Republicans David Carrington, Jimmie Stephens, Joe Knight and Democrats Brown and Bowman were elected in 2010.

Stephens easily won his primary election in June and will return for a third consecutive term. He will be joined by Steve Ammons, who also won a June primary election and will replace Carrington. Neither Stephens nor Ammons will face Democrat opposition in November. But Knight does.

That makes Knight’s race that more closely watched. It would be a stunning turn if four or five commissioners will not return to a commission that had all of its members serving two full terms. And even more shocking would be if a Democrat wins the District 4 something that has never happened in history and would give Dems a commission majority for the first time ever.