Vince, Fresh The DJ, Colston knows that hard work pays off. The 18-year-old Trussville native  got his start playing music for parties in his mom’s former event hall, The Omny, located on Bessemer Super Highway.

“I liked being in entertainment and I liked the energy of performing before people,” he said. “After watching other DJs get the crowd hyped up and make money, I got excited…Most people hate when they see others doing well, but I was motivated to make it to their level, or even higher.”

Fresh The DJ comes from a family of entrepreneurs and credits his parents for their guidance and direction. Both his father and mother own their businesses and have been doing so for over 20 plus years. Fresh’s mother, Lisa created a party-bus company called the Fresh Express and his dad, Vic, runs and operates Colston’s Barber & Style, located in Fairfield and in Center Point.

Fresh The DJ has learned from some of the best. At age 11, he started guitar lessons from Rick Archer (Guitarist for Temptations), but the love of Dj’ing really set in when he was allowed in the Dj booth at his parents Lounge.

He mixed music and wowed the crowd at only 12 years old. He said, “I love music, all types. But, when I can mix songs together and make people dance at the same time, I get hype. I mix songs in my head all day, and when I hear one song; I immediately think of another song I can mix with it.”

After deciding that he wanted to pursue being a DJ full time, his parents reached out to Off The Chain Management LLC, based in Birmingham.

Nonetheless, it was Fresh’s ability to capitalize on his skills and his appreciation for learning the craft that led him to be the type of DJ that rocks crowds in cities like New York and Los Angeles.  He has appeared on Jimmy Kimmel Live with YBN, the widely popular and successful rap trio, (and also Birmingham natives).

Moving to a Atlanta also helped with his growth and gave him freedom which allowed Fresh the space to experiment. He said, “there’s a lot of trial and error that goes into being a DJ.  It’s not as easy as people may think. It’s more work than I thought it was going to be in the beginning, but it’s all worth it.”

He performed at the 2018 BET Awards Experience, MTV’s Wild ‘N Out and recently received a New Influencer Deal with Puma. Whether he’s making appearances on television or at a private function, Fresh The DJ said he learned to keep his emotions stable. Although he is always thankful and excited to work, keeping a level head is key to performing, he said.

Asked, how he stays focused at a young age, he replied, “It’s the little things that make a big impact on your future. I take constructive criticism and work on my skills…I’m not trying to fit in with nobody else, that’s how I stand out.”

He also made it a point to reiterate that he doesn’t live a reckless lifestyle or participate in excessive partying. He is conscientious about not getting caught up in the dangerous temptations that can sometimes lure in entertainers. Vince said he was taught at a very young age to stay away from the things that destroy you.

“By the time I’m 25, I want a house, three cars, and three music studios.” He currently lives in Los Angeles, Calif. Last year, he independently released and produced a mix-tape, Fresh All-Stars and is set to announce a new mixtape next year, featuring up and coming artists from Birmingham. Fresh also plans to expand his audience and is interested in diving into other music genres like Club and Pop. 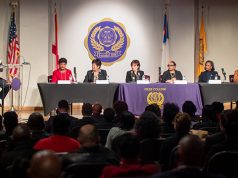 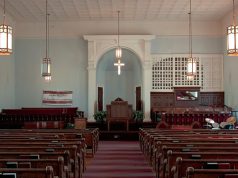