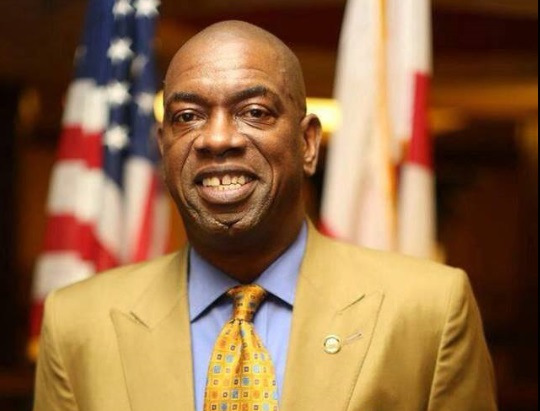 There’s no love at all in North Birmingham for disgraced former Alabama Rep. Oliver Robinson.

Last month, a federal jury convicted a Birmingham lawyer and an Alabama coal company executive in a scheme to bribe Robinson to use his office to oppose U.S. Environmental Protection Agency (EPA) cleanup efforts in the area. Robinson pleaded guilty in September 2017 to conspiracy, bribery, wire fraud, and tax evasion.

The jury found Balch and Bingham partner Joel Iverson Gilbert and Drummond Co. Inc. Vice President of Government and Regulatory Affairs David Lynn Roberson guilty of bribing the disgraced former lawmaker to advocate for their employers’ opposition to the EPA’s prioritization or expansion of the North Birmingham Superfund site.

“It was some bad s— that [Robinson] sold folks out like that,” said 71-year-old Willie Sharp, who was seated in his wheelchair outside of Birmingham Tower, where he lives in North Birmingham. “I don’t like how he sold people out. To be a black man, knowing that we don’t have anything, he should have been for those people.”

Sharp, who formerly lived in the Acipco-Finley neighborhood, said others who reside at Birmingham Tower previously lived in North Birmingham, many in Harriman Park, which locals call L&N City (for the former Louisville and Nashville Railroad that once ran through the area).

The $360,000 Robinson received (in bribes) “wasn’t enough for the people in L&N City and Collegeville. … They were exposed to that stuff. A lot of them have died. That’s not going to [help],” Sharp said. “He was wrong as a black man, knowing that we don’t have anything. We have nothing.”

Tammie Smith, who lives in North Birmingham’s Acipco-Finley neighborhood, said when it comes to black areas some crooked officials “find a token Negro and get away with whatever they want to get away with.”

“We think that’s what happened with [Robinson]. He was the token Negro, they used him, and they got what they wanted,” she said.