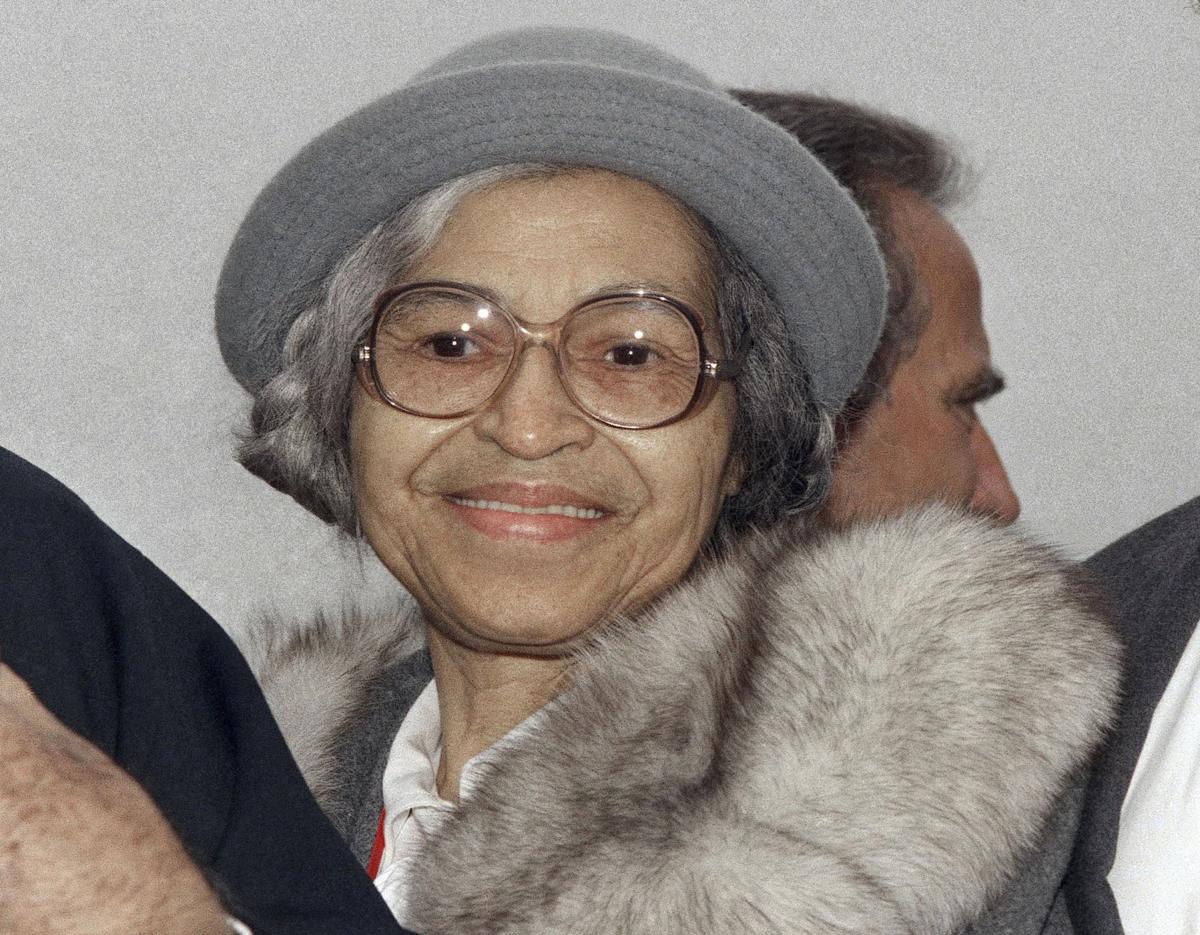 The handwritten letter by civil rights icon Rosa Parks about how the Ku Klux Klan bombed a neighbor’s home in 1957-Montgomery will shortly move back to the “City of Dreams.”

The letter will soon be transferred from the rarefied vault of an international auction house on Manhattans’ upper East Side to a climate controlled enclosure in Alabama State University’s archives, all thanks to a beloved Montgomery family who lived in the very residence mentioned in the newly won Parks’ letter.

The family who purchased the1957 letter last week from New York City’s Guernseys Auction for $9,375 is led by the Rev. Robert (Bob) and Jeannie Graetz, who are the very same couple whose family home on the corner of Mill Street and Cleveland Avenue in Montgomery was bombed by the KKK in the early morning hours of Jan. 10, 1957.

Parks’ letter is her firsthand account of the bombing that she vividly described in the letter purchased by the Graetz family.

Both of the Graetzes are known as acclaimed pioneers in Alabama’s civil rights movement, and since retiring from the Lutheran clergy, both serve as advisers and consultants with ASU’s National Center for the Study of Civil Rights and African-American Culture.

“The house that Rosa Parks describes as bombed in the letter that we bought at auction was our own home, which was the parsonage of the Trinity Lutheran Church where my husband served as its minister and I served as its first lady,” said Jeannie Graetz.

The Parks’ letter won by the couple is an account of the second bombing of their home by the KKK. It was first bombed by the hate group on August 25, 1956. No one was seriously hurt then or in the subsequent 1957 bombing, which is the subject of Parks’ auction letter.

The Graetzes believe that they were on the Klan’s “hit-list” because they were among the only local white clergy who openly supported the Montgomery Bus Boycott that began after Parks refused to give up her seat on a segregated Montgomery City Bus to a white passenger on December 1, 1955, which led to her arrest.

Parks’ arrest and what occurred because of it is called by historians as the seminal birth of the modern civil rights movement in America.

“We raised the ire of the local Klan as soon as we moved to Montgomery because we are a white couple, and my husband was the minister of an all-black Lutheran congregation. We also chose to live among our flock, and then we publicly supported the desegregation of Montgomery’s buses beginning in 1955. Because of those reasons, we were marked targets,” she said.

Rev. Bob Graetz said that a friend told the couple about the handwritten Parks’ letter a few weeks ago, and that is when his family had the “eureka” moment to purchase it, bring it back home to Montgomery and give it to Alabama State University’s archives.

“We thought that the account of the KKK bombing of our house by Rosa Parks should come back home to Montgomery, and where better to house it than our beloved Alabama State University,” said Bob Graetz.

“My wife and all seven of our children chipped in to help us purchase this piece of history and it has been a joy and a blessing to all of us to soon bring this back home,” said the 90-year-old civil rights foot soldier.

Jeannie Graetz said that when the KKK’s dynamite bomb went off, the entire family was home, which included her husband, her husband’s mother and their four young children – the youngest child inside the bombed home was their nine-day-old infant.

“When the bomb detonated at 2 a.m., it blew our roof completely off of the home, as well as all of the doors; it shattered every one of the windows and did considerable other damage to the rest of our house,” Jeannie Graetz said. “Our neighbors included Mr. and Mrs. Parks who lived across the street, and they were our close friends. After the bombing, they helped us clean and pick up. It was a miracle that no one was killed or severely injured.”

Jeannie Graetz remembered that many other locations were also bombed in Montgomery on that same evening.

“The same night that our home was bombed, four black churches were also bombed by the KKK in Montgomery, as well as the home of Rev. Ralph and Juanita Abernathy. Several men were arrested by law enforcement for these bombings and placed on trial, but the all-white local juries of that era found them all innocent,” she said with a sigh.

State University because of its long and historic association with Parks, who attended school on campus, as did so many other civil rights movement leaders, including the Rev. Ralph David Abernathy, attorney Fred Gray, Jo Ann Robinson, Selma’s F.D. Reese, Thelma Glass, Birmingham’s Fred Shuttlesworth and so many more.

“Bob and I just love ASU, it is a part of us and its employees and students are just like our family,” Jeannie Graetz said.

The president of New York’s Guernseys Auctions Arlan Ettinger said that the account of the Graetz family purchasing the Parks’ letter is a wonderful story.

“As the president of an internally acclaimed auction house, we’ve presided over many unique and meaningful auctions from the Titanic relics to Princess Diana’s jewelry … but this story is an extremely wonderful story,” Ettinger said.

“When I heard about the Graetz family’s full-circle story concerning the Rosa Parks’ letter, I thought how wonderful and fabulous it was for this most meaningful thing to occur at our auction house. What’s not to love about this occurrence?” Ettinger said.

‘All Of God’s Children’

The dean at ASU who oversees the University’s archives is Dr. Janice Franklin. She said that the University is gratified that the Graetz family pooled their resources and purchased this rare civil rights artifact for ASU.

She said that the Parks’ letter belongs in Montgomery and specifically at Alabama State University because of the University’s close association with the civil rights movement.

“We who work at Alabama State University’s archives are overjoyed because this will allow us to preserve and share this important document with the public and scholars alike,” Franklin said.

She said that it is a rare find that speaks to the struggles and to the suffering that the Graetz family endured, as did so many others who stood up against hatred, segregation and the evils of Jim Crow and KKK injustice.

“Thank God for Rev. and Mrs. Graetz and this letter written by Mrs. Parks, which attests to all that the Graetz family went through so that freedom and equality could be enjoyed by all of God’s children, despite the color of their skin,” Franklin added.