JOSEPH with KELSEY KOPECKY at Saturn.

THE JOSEPHINES, THE PEARLS and TAYLOR HOLLINGSWORTH at the Nick.

WILL STEWART, KYLE KIMBRELL and WILDER ADKINS at The Nick.

LIZ PHAIR – AMPS ON THE LAWN with SPEEDY ORTIZ at Saturn.

MOTHER’S KEEPER, DEAD, HEXXUS and INCLINATION OF DIRECTION at The Nick.

ELL, THE MURDER OF JANE CROW, KAMIKAZE ZOMBIE and AETHENOTH at The Nick.

TIDE AND TIGER HOT TUESDAY, 3 p.m. until … on Graymont across from Legion Field with $.50 wings and drink specials until 9 p.m. For more call

OCEANATOR with BITTER CALM at Saturn.

THE ROCKATEENS with HOLY YOUTH and JD WILSON at Saturn.

THE AUDIOVORE at The Nick.

HOT IN HERRE: 2000’S DANCE PARTY w/ DJS WILL EASTMAN AND OZKER, and VISUALS BY KILOS at Saturn.

CHEERS TO THE COOSA – A farm to table dinner benefitting the Coosa Riverkeeper, TODAY, 6 – 9 p.m. at the Clubhouse on Highland, 2908 Highland Ave. S, Birmingham, AL 35205. An evening of great food and good people to celebrate the Coosa River and the successes of the 2018 Swim Guide season! Chef Miguel A. Figueroa is once again creating great menu for this event. For more, contact Alice at alice@asanonline.org.

GRAZE BIRMINGHAM – The 4th Annual Graze Birmingham farm-to-fork fundraiser is scheduled Sunday, 5-8 p.m. in the backyard at Avondale Brewing company. Graze: Birmingham is a farm-to-fork picnic in which attendees “graze” on a wide variety of dishes, each produced by a different local farmer + local restaurant pair. Add in some picnic blankets, live music, and delicious local beverages… and it’s a picnic you don’t want to miss! For more, contact Alice at alice@asanonline.org.

RIBBON CUTTING OF THE DANDE’ LION – The Dande’ Lion is moving to a new location, 2416 Canterbury Road, in Mountain Brook Village with a Ribbon Cutting at 9 a.m.

OUT SPOKEN WITH JOE LOCKETT TV SHOW New on Cable TV. Check it out!!!

CLASSIC KICKOFF – The football season is here. October 25, 5 p.m. is the MAGIC CITY Classic Kickoff Block Party, Concert with YUNG VOKALZ, JUST A FEW CATS, and KEKE WYATT. There will be food trucks, entertainment and more.

TALLADEGA SUPERSPEEDWAY RACES – The 2018 Races are coming October 13 and 14. GET READY ALABAMA! The BONEFROG is Coming Back to Talladega Superspeedway March 30, 2019. Bonefrog is the world’s only Navy Seal Obstacle Course Race. Go to www.talladegasuperspeeday.com or www.bonefrogchallenge.com for more.

CHANGING WITH THE TRANSFORMATION – Talladega Superspeedway’s Vice President of Operations Mike McWilliams who has been at the track since 1992, will transition this fall to Owner’s Superintendent of International Speedway Corporation’s (ISC) Design & Development team of Transformation – The Talladega Superspeedway Infield Project, which will be completed in October of 2019. His son, Andy McWilliams, the current Director of Operations, is set to take over the helm of the track’s operations department after the upcoming NASCAR Playoff doubleheader weekend, Oct. 12-14.

SATURDAY KAYAK/CANOE TRIP, 9:30 a.m. – Southeastern Outings Kayak/Canoe Trip, Tallapoosa River at Heflin, Alabama – DETAILS: The section to paddle is relatively easy with no classified rapids, a scenic stretch of river located in a very rural area and very popular. If you wish to rent a kayak from Tallapoosa River Outfitters, please call Dan Frederick. Dan will relay your reservation on to the outfitter. Otherwise, bring your own. After the canoe and kayak trip, plan to go to a restaurant on the way back for dinner. Hot showers are available for $5 at a truck stop by Interstate 20. If you would like to shower, wash up and/or have dinner with us at the restaurant after the canoe trip, bring a change of clothes and your shower things. Depart 9:30 a.m. from the Leeds Highway 78 gravel parking lot. Reservations Required: You must contact trip leader, Dan Frederick if you plan to come on this canoe/kayak trip. Share your name, telephone number, skill level, whether you want to kayak or canoe and whether you are bringing or wish to rent a kayak and whether you need a paddling partner. You may leave a message on Dan’s voice mail if you wish. Info: If you have further questions, please contact Dan Frederick, (205) 631-4680 or seoutings@bellsouth.net.

BARDS AND BREWS – Bards & Brews, the popular spoken word poetry-craft beer event, will go on the road to the Grill at Iron City, 2208 6th Avenue South, Friday, on the Southside before returning to the Central Library with a poetry slam on Friday, Oct. 5.

NEW EXHIBITION – PAINTING AT UAB – Also Friday, a new exhibit, Painting at UAB, featuring students of UAB professor Gary Chapman, will debut at the Central Library 4th Floor Gallery in the East Building of the Central Library, 2100 Park Place. A free opening reception is scheduled from 2-4 p.m. on Sunday, at the library. The exhibit is Friday, Sept. 7 through Oct. 25, 2018.

LUCERO AT SATURN – Lucero and their upcoming performance at Saturn on September 26. The band is touring in support of their new album, Among The Ghosts (August 3). Check out their track “For The Lonely Ones” via Rolling Stone Country. Lucero remains a seminal band that has the unique ability to evolve their sound and maintain their relevance over the span of two decades. They’ve continued to inspire so many over the years, captivating a large and loyal following with their raucous live shows and gritty, blue collar spirit.

APPLICATIONS FOR THE NEXT CLASS OF OBAMA FOUNDATION FELLOWS ARE NOW OPEN – The Obama Foundation is seeking its next Obama Fellows. Deadline is September 18th. They’re looking for 20 rising stars from around the world who are working alongside their communities to solve important public problems in creative and powerful ways. The two-year, non-residential program offers hands-on training, leadership development, and a powerful network to equip Fellows to scale the impact of their work. They’re searching for candidates who are civic innovators, discipline-diverse, at a tipping point in their work, not yet connected to the networks they need to advance their work, and motivated by the powerful desire to help others. You can learn more about what they look for when selecting Fellows by going to: www.obama.org.

THIS WEEKEND: COMEDIAN ANJELAH JOHNSON. She became an internet sensation with her viral video, “Nail Salon” which led to many stand-up, television and film opportunities. That same year she joined the cast of, “MADtv” as a series regular, which spawned another internet sensation, “Bon Qui Qui.” This original character, a disgruntled fast food employee with no filter, has been enjoyed, viewed and replicated by over 65 million people worldwide. After recording and releasing 3 songs and 2 music videos as Bon Qui Qui, Anjelah signed a record deal with Warner Bros. Records to release a full album titled, “Gold Plated Dreams”, which she’s toured twice, selling out both times.

COMEDIAN DYON BROOKS…Dyon Brooks a.k.a. Mr. James and Friends is bringing his 2018 tour entitled “Hysterical in person” to The StarDome for three nights only!!The 28-year-old comedian started out doing comedy simply because he enjoyed it and it was fun to do in his spare time. Little did he know his skits and jokes were making a difference in other’s lives. He started receiving direct messages from fans who watch him daily expressing how his videos got them through a rough time, or simply brightened their day. This became his motivation to write and perform more often. Which inspired the “Hysterical In Person” tour. He loved seeing the positive feedback, the laughs and smiles he could put on people’s faces. In five years of his career, he has gained a following of 52,400 on Instagram and 222,000 on Facebook.

COMEDIAN DEANNE SMITH…Internationally acclaimed comedian, writer and columnist DeAnne Smith captivates audiences with “nerdy but dirty” yet progressive cutting edge satire regarding feminism, sexism, modern language and multi-gendered relationships. With over 48 million views on her Facebook video she gives straight guys advice on “stepping up their game” because she, “doesn’t have time for ALL your ladies.” 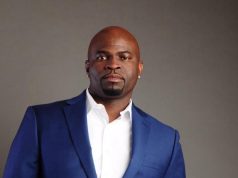 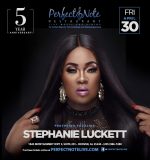 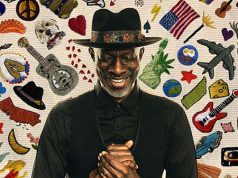