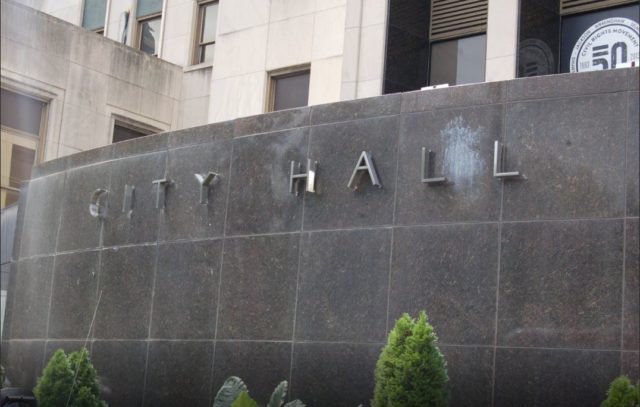 After eight teens were shot, one fatally killed in two separate incidents in a 48-hour span over the weekend, Birmingham City officials on Tuesday assessed the violence.

During the City Council meeting, Mayor Woodfin called the crime a “tremendous low” for the city. “It goes deeper than arrests,” Woodfin said. “We have to find a way to wrap our arms around our children … if they’re not going to come to us, we’ve got to come to them.”

Speaking about the death of 16-year-old William Edwards, a Woodlawn High School student, who was killed on Saturday when someone fired multiple rounds from outside of his home into his bedroom, Woodfin said, “It is important not to blame parents, teachers or law enforcement. The only person we should be blaming is the actual person who took his life. Period.”

The investigation is ongoing, Woodfin said.

On Sunday, seven teens were shot at the end of a party at Workplay, leaving all injured. An eighth person suffered a knee injury. One person is in custody.

The mayor said he spoke with parents after the Workplay shooting.

“They told me they dropped their child off, they had no expectations of anything happening to that child,” he said. “All of a sudden they are getting calls and texts and social media (messages), and then there’s fear for what happened to their child. It doesn’t have to be that way.”

“There is no one answer to solving some of the things we’ve experienced in recent years and months,” Councilor Steven Hoyt said. “I don’t think we’re going to ever get there if there’s not a collective. What I’ve seen and what I’ve observed is … there’s been little to no conversation collectively around fighting crime from the council and the mayor and this administration.

“There needs to be something done because we all have our own ideas … we may be able to come up with some plan of action,” he added.

Councilor John Hilliard suggested a city-wide youth summit to “bring our young people together at a forum where we can talk to them.”

“Hopefully this is something we can look at on a quarterly basis,” he said. “And we can have a listening tour for our young people. I think it’s important that they know that not only their mayor but the entire council cares.”

Speaking to the mayor, Councilor Lashunda Scales said, “I’m going to personally ask you on behalf of the district if you would bless us with your presence and that we have a town hall meeting in District 1 before I leave this office,” she said. “It’s getting to a point where our young folks aren’t going to have a place to go. It’s not a mayoral problem, it’s not a council problem.”

“I know we have career academies across the schools … but we have an at-risk population that we know about that might be in family court,” he said. “Offering something beyond GED classes to that youth, offering a path to a career to pull them away from what they have become involved in might be worthwhile.”

Councilor Sheila Tyson suggested a collaboration that includes the council.

“We haven’t been invited to the table as a group to see exactly what we can do,” she said.

“I know we’re not in charge of the police, but we all have thoughts on crime,” she said. “In my neighborhood we’ve had a lot of carjackings. When somebody sticks a gun in your face, it strikes fear in the whole neighborhood.”

“When school is out we can make sure they are afforded employment opportunities,” he said.

He also said some young people are reacting to what they see around them.

“I think it’s what they see in adult behavior,” he said. “So we should question ourselves too as adults. What images do we give off that we’re quick to be negative, quick to respond in the worst way? What example does that give to the child?”