Looking back, all of us can reminisce and second guess decisions in life. We asked Birmingham-area residents, what is something you would’ve done differently?

Tyrenda Williams-Reed: “I would’ve moved back home to Birmingham sooner. I was in New York City for 10 years after graduate school and I moved back home to have a family, but I would’ve loved to come home as a hip, cool, young single person and really have a good time.”

Jennifer McGee: “I would appreciate everything my family has done for me and appreciate them at an earlier age and all the help and guidance they could give. Growing up, you don’t really appreciate it until you get older but if I could go back and really listen . . . I would.”

Jacqueline Keck: “I was at the Pizitz [Food Court in downtown Birmingham] and I got a biscuit but now I wish I would’ve gotten the acai bowl instead . . . because it apparently has protein powders . . . and it tastes much better and is much healthier.”

Samantha Moore: “I wish that I had not cared so much about my freshman year core classes because they did not matter. I went to Auburn and majored in public relations and besides maybe English, those courses didn’t really help me in my major. I realized my classes for my major were more important.” 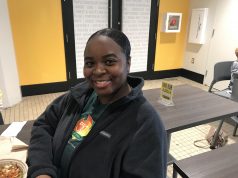 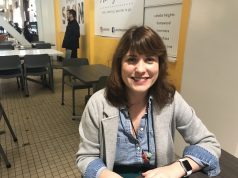 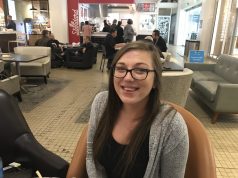