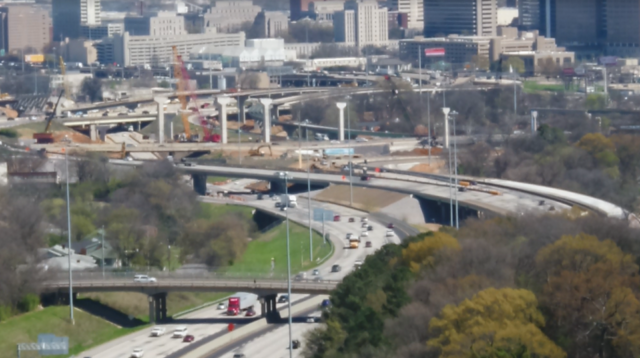 A new year means new plans for the city of Birmingham, Mayor Randall Woodfin said in a message to residents.

Woodfin on Wednesday put out a video that updated and addressed several issues. Here are some:

The City of Birmingham will be expanding service hours to the public for select departments beginning January 14, 2019 to better serve commuters attempting to access City Hall during the Alabama Department of Transportation’s closure of the I-59/20 bridge downtown.

The Department of Finance’s Tax & Licensing and Cash Management divisions and the Department of Planning, Engineering and Permits’ (PEP) One-Stop Permitting, Condemnation and Engineering field staff will operate from 7 a.m. to 6 p.m. Their expanded hours will offer more opportunities for individuals needing to pay fees, apply for business licenses or other permits. All other city departments and divisions will operate under current office hours.

Again, the intent of this change in service hours is to better serve the public and to reduce the City of Birmingham’s impact on rush hour with the expanded hours.

“We encourage all downtown employers to consider innovative ways to help both employees and customers conduct business during the interstate construction project,” Woodfin said. “Flexible hours will go a long way in helping our businesses run smoothly as possible during this transition period.”

ALDOT will shut down portions of the I-59/20 bridge completely for 14 months starting in mid- to late January 2019. This will allow ALDOT to replace the aging bridge structure. For more detailed information on the project, please visit ALDOT’s project website: www.5920bridge.com.

Motorists taking a trip down Daniel Payne and 24th Street in District 4 or 20th Place South in District 3 can expect a smoother ride these days.

City of Birmingham crews have been hard at work repaving streets as part of the city’s ongoing resurfacing plan. Now, Woodfin wants to commit $5 million as the plan to upgrade city roads enters its second year.

Mayor Woodfin presented the five-year resurfacing plan to the Birmingham City Council on December 4 and it was approved.

“Neighborhood revitalization has been of one the guiding principles of my administration, and repairing our roadways is a key component of that promise,” Woodfin said. “Our crews have completed a lot of repairs over the past year, but there’s still much more to be done. I look forward to working with the council to make our roads smoother and safer.”

In 2018, the citywide resurfacing project covered 32 centerline miles, a measurement of roadway length from its starting point to its endpoint. This includes two lane and four lane roadways. Truck route resurfacing was 3.5 centerline miles. An additional 3.5 centerline miles were covered by the Alabama Transportation Rehabilitation and Improvement Program, a federally funded, state administered initiative that finances the construction of and improvements to roadway projects.

“Whether it’s street paving or pothole filling or making streets more complete, these efforts we are undertaking are more than just stand alone street improvement projects,” said Edwin Revell, director of Planning, Engineering & Permits. “Rather, they are part of intentional people-first and community-based effort to better connect people and places, to improve neighborhood quality, and to enhance community experience and opportunity for all who live, work, play, and serve in the City of Birmingham.”