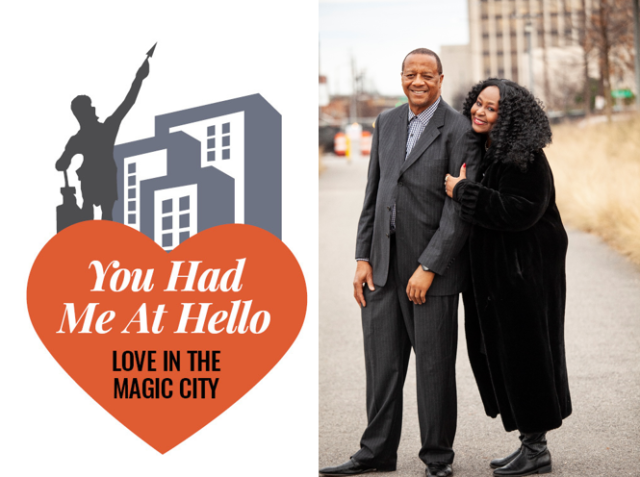 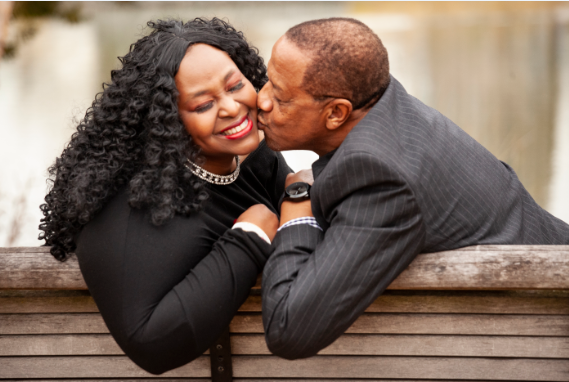 Met: Arthur and Daveina got to know each other on the porch in front of Daveina’s home in the late ’70s on Birmingham’s west side. Daveina, then 15, was a sophomore at West End High School while Arthur, then 19, a Powderly Hills native who had attended Wenonah High School, was a freshman at Alabama State University (ASU).

The two were introduced by a mutual friend. “He was in college and I wasn’t quite at the driving age, I had my permit,” Daveina said. Arthur said, “I used to date her from her porch. We spent a lot of weekends on that porch before I was ever able to take her out.” However, they spent a lot of hours on the phone, he remembered. “That’s when folks used to have to wait in line to talk on the house phone (in the college dorm), Arthur said.

First date: “We went to see [the film] Amityville Horror, and for a steak dinner at Sizzler Steakhouse,” Daveina said, “but not before we took a drive around town. He took me to his summer co-op job at Century 21, and it impressed me to see a young guy wanting to be in business.”

The Turn: They would reunite where they began from five years before: on her front porch. “I was getting ready to come out of college (Clark Atlanta), and he had really invested in his [real estate] career…,” Daveina said. “We reconnected when I came home for Thanksgiving, but we rekindled when I came home for Christmas [that year]. I stayed for the whole three weeks and we dated and had a great time and nurtured our relationship all the way through New Year’s,” Daveina said.

The proposal: “We were together New Year’s Day, her mother was cooking dinner for all of us….and I asked her outside and said ‘we’re going to start the New Year off right. I know you’re the one for me, and I‘d like to spend the rest of my life with you and I’d like to make you my wife’ then I said, ‘do you want to marry me?’,” Arthur said.

“We kissed, I said, ‘Yes, I will,’” Daveina remembered, “then we went back inside and he got down on his knee in front of my parents and asked my daddy for my hand in the dining room. The next day, we got up and we went and found my ring and he gave it to me the following day on my birthday [January 3),” she said. 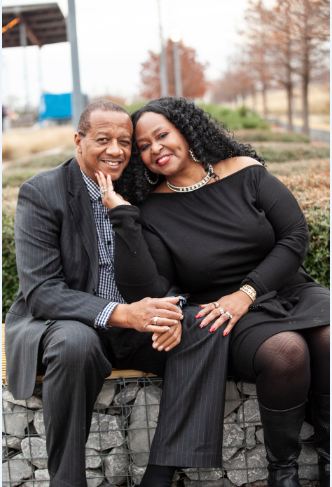 The wedding:  Vulcan Museum and Park. The colors were blush pink, and silver

“We got married in Vulcan Park, everything was real nice,” Daveina said. “It rained and after it stopped there was a big rainbow in the sky, you can see it in one of our pictures,” she said.

“We danced to Frankie Beverly and Maze all night, when everybody got ready to leave out they were singing going down the steps,” Arthur said, “they were singing ‘Joy, and Pain’ still wanting to party,” he said.

Words of wisdom: It’s all about fostering a deep connection and close-knit friendship, said the Godfreys of their 35-year marriage.

“Love is not about better communication, it’s about a better connection. You have to have a very good connection,” Daveina said, “men want a close marriage just as much as the woman does.”

Arthur added that it’s about the friendship that you build over time.

“All things and people change, but your marriage and your home are there to stay,” he said. “Over time, we have become better friends, we raised kids together, we’ve learned that we’re all we have. Especially after our parents passed,” he said. “We’ve had a lot of death and sorrow and we’ve had to overcome that and be there for one another.”

Arthur said it’s a joy to have a sophomore at A&M, a daughter in law school, and two sons in promising careers “and having [his wife] you’re able to have and share these moments with.”

Arthur is a loan officer for an area bank and Daveina is a retiree from Children’s Hospital in Behavioral Health. She also has her own company, ‘Daveina Mending Homes’, where she counsels foster children.

Daveina said she enjoys how they continue to work together “from how we handle crisis, to how we handle trips and vacations; it’s just a great joy to give love and to be loved,” she said. “Romance is everyday life.”