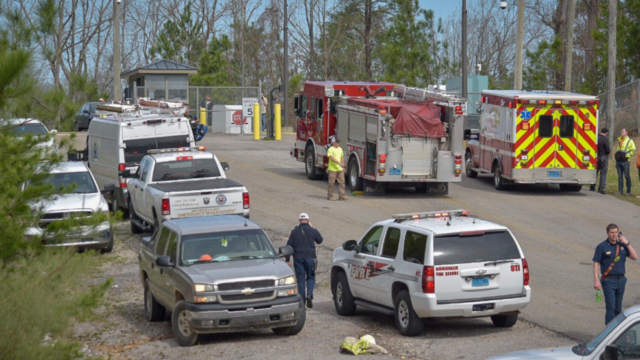 At least 50 people on Wednesday were taken to the hospital with respiratory issues after two chemicals were mixed and created a toxic gas at Birmingham Water Works filter plant on Hwy 280.

According to BWW spokesman Rick Jackson, “an accidental mix of sodium hypochlorite (which is essentially bleach) and ferric sulfate” caused the gas at the Shades Mountain Filter Plant.

BWW employees were able to contain the chemical accident that occurred early Wednesday.

In total, approximately 50 to 55 people were transported to area hospitals, but none sustained any life-threatening injuries, according to the BWW. Fourteen contractors working at the site and one Birmingham Water Works employee, were taken to area hospitals immediately after the accident, with additional people taken for precautionary evaluation.

Hwy 280 between Shades Creek Parkway and Green Valley Road was closed in both directions, but later reopened.

“The safety of the public and our employees is our top priority,” said Jackson. “Our employees and first responders are trained to act swiftly and decisively in the event of any accident, and they have responded precisely per our emergency plan to contain the accident.”

As part of its emergency response plan, the Birmingham Water Works worked in conjunction with fire and police departments in Birmingham, Homewood, and Mountain Brook as well as area hospitals, to ensure the safety of employees and residents in the vicinity of the plant.

The BWW will conduct a full investigation to determine why the accident occurred, but it has not been determined why the chemicals were mixed, said Jackson.