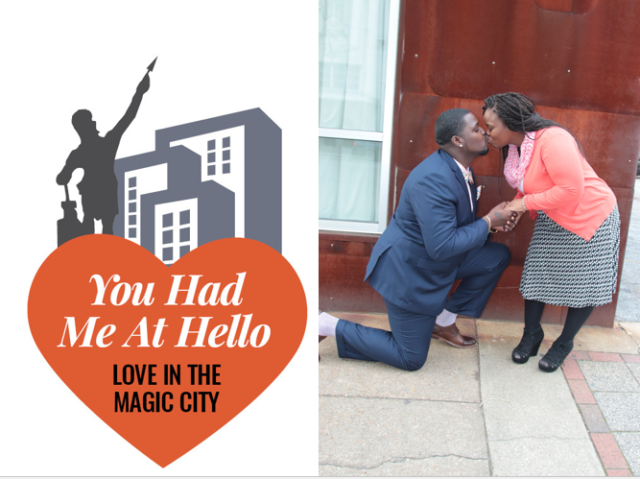 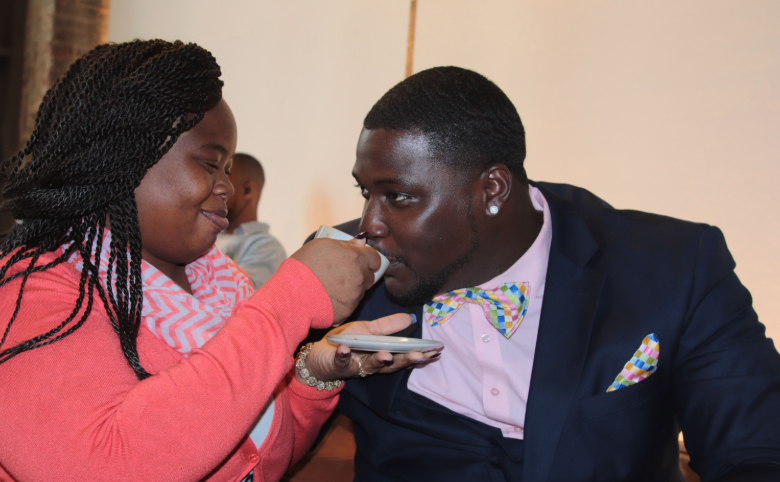 Met: James and Shalonda met on the job in May 2010 when both worked at Walmart in Fairfield. “I was supposed to be doing some work,” James recalled. “I saw her come out of the back stockroom. And I was just amazed by her beauty.” Shalonda was just as smitten. “I love a chocolate man,” she giggled. “He was tall and had a nice figure.” James said the two talked briefly that day and then started conversing on the phone and visiting one another.

First date: About one month after they met, James and Shalonda went on their first “real date” at Vestavia Bowl. “It went really well that night,” Shalonda said. “We had a blast,” James said. From there, the two continued dating. James said he knew early in the relationship that he was serious about Shalonda. “From that first conversation we had on the phone, we talked about everything from spirituality to silly things. We fell asleep talking on the telephone that night and I just knew we would be together,” James said.

Shalonda said she knew James was “the one” when she took him to family outings. “My family just took a hold of him,” she said. 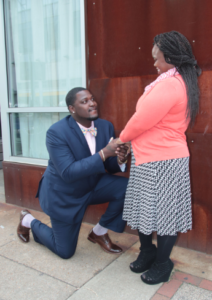 The proposal: “I was always telling her I was going to marry her,” James said. “So I was always proposing.”  Shalonda said because of James’ joking nature, she sometimes thought he was not serious. “He loves to play, so at first I did not take him seriously.”  One day in February in 2011 he mentioned it and she finally took it seriously, Shalonda said.  A few days later, the couple went to the Jefferson County Courthouse to get married.

The wedding: It was just the two of them that day. “We actually snuck off and didn’t tell anybody we were going to get married. So nobody really believed us when we told them,” they said. Both James and Shalonda said that day seemed surreal. “My mind was made up that we would get married,” he said. “But it really did not dawn on me until a couple of days later that we really did it.”

“I just remember driving to the courthouse thinking ‘Lord I’m getting married.’ I knew he was a good man and a good father so I was ok,” Shalonda said.

The couple did have a small reception a week or so later at their church, Tabernacle Praise and Deliverance.

Words of Wisdom: After eight years of marriage, having God at the center of their relationship has made them a stronger couple, they said. “Keep God as the glue in your marriage,” Shalonda said. “And trust in God that your marriage will prosper.” Shalonda also advised couples to remember that you will have hard times, but it is important to remember why you married each other.

James agreed and added: “You can’t get married and think that everything is going to be perfect. When we got married we didn’t have anything — I was working a dead-end job. But we kept following His Word and we were gradually able to come up.”

James also said compromise, for men especially, is important. “You will need to put both heads together and you will need to be able to listen to one another.”

Happily ever after: James and Shalonda are parents to three 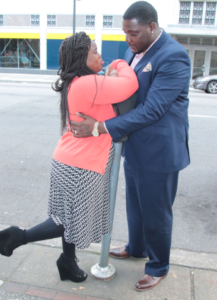 children — two from James’ previous relationship and one child together. They are also expecting another baby.  The couple enjoys spending time together at home.  They sometimes make it out to bowl or shoot pool or just take a ride in the car.  Shalonda, a teller at BB&T Bank, said she looks forward to growing old with James, watching their children graduate from college. “I want to be able to sit back and enjoy life like my parents are doing now,” she said.

James said he simply wants to make sure that his wife is happy now and in the future. “I just want to make her dreams come true.” 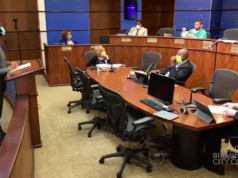 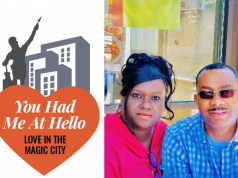