The faith-based community must speak with one voice in creating second chances for people released from prison, a group of panelists said during a discussion this month at the Church at Brook Hills.

The Prison Fellowship and Offender Alumni Association of Alabama hosted the event, “Unlocking Second Chances” and talked about the significance of second chances and the role played by faith-based institutions.

It’s powerful when people speak with one voice, Haney said.

“It shows love, it shows unity…when the whole church, meaning the body of Christ all over, if they would do and be who they say they are, we wouldn’t be having the struggle to begin with,” she said. “If you really think about it, we’re powerful, we have the power to combat this whole issue [of formerly incarcerated people not getting second chances] if we would all get on the same page and do the things that we’re called to do.”

She added that [the church]has the means to make such a difference if we (would be unified, if . . . “quit being afraid to be uncomfortable, get out there, [and] get messy.”

Haney told part of her story and said her mother worked a lot and her dad had an addiction and with no supervision she started making bad choices, doing drugs and got married twice before she turned 17 and “lived a full time life of drug addiction.”

While she was in jail at Ottawa County she went through the Substance Abuse Prevention Program (SAP) “and I was ready for real help and real change, and I met the Lord and people say ‘jail house religion,’ I don’t care what you call it, all I know is it was freedom for me. It was where my chains were broke, it was where I found what could truly sustain me because I had exhausted every other avenue possible. I tried everything else…and nothing worked until I found a true relationship with God.”

Early on in her recovery, Haney said she “messed up.” Her husband couldn’t reach her, so he called a neighbor, who happened to be the deacon of the church.

She said the deacon walked into her house, “looks at my mess, gets me up, makes me a pot of coffee and she talks to me.”

“She don’t talk to me about my mess, she don’t even mention the obvious chaos that’s visible to see. She tells me about her mess…and I thought this lady was perfect….I wanted to be her when I grew up. She was perfect in my eyes, but she let me know that ‘hey I’m not perfect either, I struggle in a different area. This is the area I struggle in,’” said Haney.

That one conversation changed her life and let her know, “I can do this too,” she said. Haney concluded by going back to a statement she felt needed to be reiterated, “we need to be real and we need to love people.”

“Love For One Another”

Stanley said it’s important for the church to speak with one voice.

He said Jesus taught about our love for one another “. . . we can display that love together for one another and those formerly incarcerated or those that are struggling with addictions …when

we can come together as one voice . . . we display…the power of the gospel in a way that the world takes notice,” he said.

The church needs to set the example, Stanley said.

“I think the people who are not believers often look at us and wonder if that Christianity is real why there is so much division in different church buildings,” he said. “And so when we lead those church buildings together we show love for one another, we care for brothers and sisters who have come to faith and Christ.”

Click here to read about what area criminal justice experts had to say about giving ex-offenders second chances. 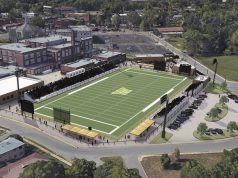 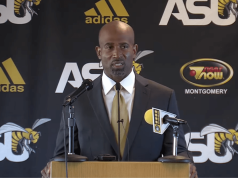