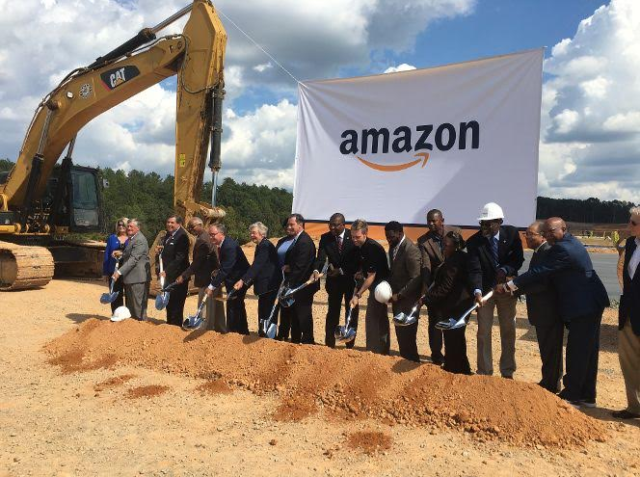 Gulley said the city overall is in a strong, positive position moving forward, highlighted by the announcement last year that Amazon plans to build is first-ever distribution center in Alabama in Bessemer. The $325 million investment by Amazon is expected to create 3,000 jobs and spur other investments in the city.

“This facility is the largest single investment in the city of Bessemer’s history,” the mayor said. “It puts us on a glorious path and reverses the economic turmoil left in our city by the closing of Pullman Standard in the mid-80s.”

Gulley said the city’s overall business climate is strong. New stores and restaurants are opening and city revenues continue to climb. The mayor noted that the city’s budget has increased by 53 percent since 2010.

“We have managed revenues responsibly and have been good stewards of your taxpayer dollars,” he said. “We are a city that is not in the red, but in the black. Our annual audit has come back stronger each year.”

On the housing front, new home construction continues to take place in subdivisions such as Cedar Creek and Lake Cyrus. The mayor also highlighted the burgeoning partnership with Habitat for Humanity of Greater Birmingham that resulted in the construction of 15 new houses during a Homebuilders Blitz in October.

In terms of infrastructure, the city was able to complete resurfacing projects along Fourth Avenue and Dartmouth Avenue this past year by using a mix of federal, state and local funds. Local gas tax funds were used to do residential paving projects in several areas of the city, including along Alice Street, Hickory Road and Cedar Hill Drive.

“We will continue to aggressively work to secure funds to pave streets in our communities,” the mayor said.

The city also cut the ribbon on the first phase of the Bessemer Rail-Trail in spring of 2018. Construction on subsequent phases of the trail is expected to start this year. In addition, the city is building its first-ever storm shelter at the Police Department’s Emergency Operations Center on Ninth Avenue. Gulley said he plans to work with the City Council to identify funding to build additional shelters.

On the public safety front, Gulley said the city’s crime rate dropped for seventh consecutive year. He said the police department will continue to adopt prevention strategies to steer residents, particularly youth, away from crime.

“Our police department will continue with our city-wide programs aimed at engaging our youth concerning conflict resolution,” he said. “I am appealing to our faith-based community, non-profit organizations, schools and parents to assist me in this battle against violence in our city.”

Gulley concluded by challenging residents to take a more active hand in moving the city forward.