Primary liver cancer is a form of cancer that begins in the liver and is linked with excessive alcohol consumption. Liver cancer can be very serious, and unfortunately more people are dying from the disease.

Alcohol is a direct contributor to liver cancer, as excessive alcohol consumption is a chief cause of cirrhosis of the liver which happens when scar tissue builds up on the liver stopping it from working properly.

More people are drinking too much alcohol, causing a rise in alcoholic liver disease (ALD). The diseases of the liver are fatty liver, alcoholic hepatitis, chronic hepatitis, cirrhosis and liver cancer. Alcohol is not the only cause of liver cancer. The liver is responsible for processing the fat in the food you eat but an unhealthy diet can lead to a build-up of fat in the liver cells that can’t be broken down. This leads to Non-Alcoholic Fatty Liver Disease.

Overall, the amount of alcohol someone drinks over time, not the type of alcoholic beverage, seems to be the most important factor in raising cancer risk. Most evidence suggests that it is the ethanol that increases the risk, not other things in the drink.

Ethanol is the type of alcohol found in alcoholic drinks, whether they are beers, wines, liquors (distilled spirits), or other drinks. Alcoholic drinks contain different percentages of ethanol, but in general, a standard size drink of any type: 12 ounces of beer, 5 ounces of wine, or 1.5 ounces of 80-proof liquor contains about the same amount of ethanol (about half an ounce). Of course, larger or ‘stronger’ drinks can contain more ethanol than this.

The signs and symptoms of liver cancer are most often the result of liver damage and may include yellowing of the skin (jaundice), right-sided abdominal or shoulder blade pain, or a lump in the right upper abdomen. However, many of the warning signs are non-specific, such as weight loss and fatigue. Sometimes the complications of liver cancer, such as a bile duct obstruction, anemia, or bleeding are the first symptoms. Since there’s no screening test for liver cancer, having an awareness of the potential signs and symptoms is the only way to find the disease early.

It’s important to briefly differentiate primary liver cancer-that which originates in the liver – from liver metastases, which is the spread of cancer (breast or lung, for example) from another region of the body to the liver.   Liver cancer is usually a single large tumor, while metastases (spread) are usually small and multiple. Primary liver cancer usually causes symptoms relatively early, whereas liver metastases (which are much more common) may occupy a significant part of the liver before they are detected.

Furthermore, in the United States the rate of alcohol use disorders, a medical term that combines alcohol abuse and alcohol dependence, has shot up 50 percent in the past 10 years reflecting an 80 percent spike for women, according to the most recent National Epidemiologic Survey on Alcohol and Related Conditions-III.

Because women absorb and metabolize alcohol differently, it makes them more susceptible to damaging the liver than men. The guess is that certain hormones play a role. Women also have less body water, so women have higher concentrations of alcohol in the blood when compared with men who drank the equivalent amount.

In most cases, moderate drinking – one drink a day for women, two drinks a day for men – will not lead to ALD, but overindulging can. And for those already suffering from liver disease – some of whom may not know it – even small amounts of alcohol can exacerbate their liver damage.

If you notice any of the signs and symptoms above or any you can’t explain, see your doctor. While many can indicate harmless conditions, if liver cancer is present, the prognosis is generally better the earlier the disease is diagnosed. People who have no risk factors for liver cancer can and do develop the disease at times- something worth keeping in mind if you’re unsure about speaking with your physician.

Like many cancers, liver cancer is treatable if it’s caught early.

If you experience any of the following symptoms you may be in the early stages of liver cancer and it’s best to visit a healthcare professional as soon as you can: Losing weight unexpectedly; having no appetite, and feeling full after even small meals; nausea and vomiting; stomach pain or swelling; jaundice (yellowing of your skin and the whites of your eyes); or fatigue; lack of energy.

If you do have risk factors for liver cancer, such as cirrhosis, your situation is a bit more challenging. You may already be experiencing similar symptoms as a result of an existing health issue. In this case, the key point is to watch for a change in your symptoms.

To make sure your liver is the healthiest it can be, it’s best to eat a balanced diet and get regular exercise. This will reduce your risk of fatty liver disease and also protect you from other health problems such as heart attacks and strokes. 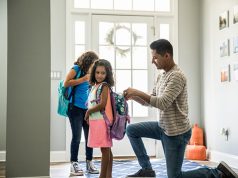 Back to School: Complete Health Checklist for Every Parent 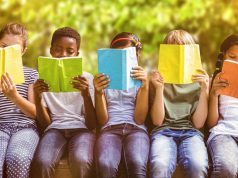 What To Know About Alabama’s New Literacy Act