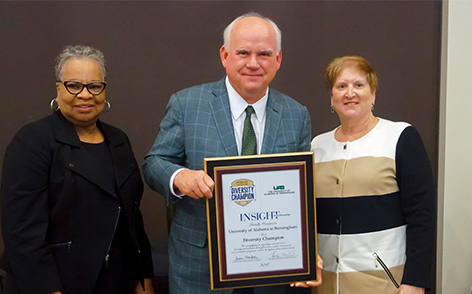 In November 2018, the University of Alabama at Birmingham was honored by INSIGHT Into Diversity Magazine with the Higher Education Excellence in Diversity award.

UAB is one of a limited number of colleges and universities across the nation selected for the Diversity Champion award. This award recognizes UAB for exemplifying an unyielding commitment to diversity and inclusion throughout the campus community, across academic programs and at the highest administrative levels.