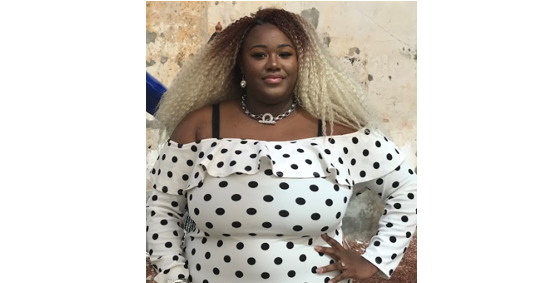 When DeAngela Pippen couldn’t get a foot into the fashion industry, she did the next best thing: “I just created my own lane,” she said.

“I did two big, successful fashion shows in 2017 at the Bessemer Civic Center that included transgender models, androgynous models, and models that are disabled,” Pippen said. “My vision is to include [all] people because when I would go to model calls, I would always be the full-figured girl. They would say that’s what they wanted and would pick me, but I couldn’t fit the clothing.”

Pippen saw what happened to other full-figured girls.

“They would be scared and wouldn’t go through with it, but I would,” she said. “That was my decision on how I wanted to create my own lane. One thing about me: if you close a door on me, I make my own. That’s what inspired me to turn those ‘No’s’ into ‘Yes’ for my own self.”

Pippen, 31, is a model, stylist, runway coach, fashion show director, and owner of D Own Her LLC, a modeling and design business. She also is an ordained minister and has started her own mentoring program, Embracing You Empowering Self (EYES) Mentoring, Ministry, and Seminars based in Birmingham, Ala.

Pippen said she considers herself an underdog who always comes out on top.

“I’ve always known that once I stay in my own race and just go by the beat of my own drum, in due time what I have sown into others will be sown back into me,” she said.

“I was involved in a little bit of everything,” she said. “We would do fashion shows at family reunions and at church. My sister that passed away was over [the events], so we pretty much did activities, such as talent shows, fashion shows, …. When I was in school, I always participated in plays, spelling bees, math derby, singing at graduation. That was me because I was always trying to be active.”

“[My sister is] the reason I am who I am,” said Pippen. “She encouraged me, complimented me, and never judged me. She was so kind and gentle and an inspiration. I miss her so very much. [Our family cares for] her two boys now.”

Fashion shows helped Pippen realize what she wanted to do.

“As I look back, I realize I was always the most photogenic of all of my mom’s kids. She had the most pictures with me in them, and I was always in the forefront. I just had a big personality.”

That big personality didn’t stop Pippen from being bullied, though. She was in a fight that left her left eye fractured for life.

“I had a friend that set me up,” she said. “I was coming out of a club, and she was upset with some peers I used to hang around with. … She had some guys following her, they surrounded us, and I got to fighting with the guys. My nose was fractured, and that healed. My left eye was sitting in my bone; it is still fractured and hasn’t healed.”

After graduating from high school in 2005, Pippen worked at a few different fast food places before finding work at as a mental-health technician at Birmingham-based Hill Crest Behavioral Health Services. She still works at Hill Crest, but also has her hands in the modeling-and-fashion world.

Pippen went on her first modeling call at age 17. It was a memorable experience, she recalled: “There was a modeling call in Atlanta, [Ga.]. I didn’t get picked. … The women they picked were these exotic-looking girls that didn’t look like me. But that was my push to really pursue modeling.”

After a brief hiatus, Pippen got back into fashion in 2011.

“I met this lady doing a pageant who also had a plus-size women’s organization. She told me her vision, and I told her I would help because I was a plus-size advocate before doing anything. [I’ve always been a vocal] advocate for plus-size and full-figured women,” Pippen said.

“After that, maybe a year later, she told me she wanted to do a fashion show. I said, ‘OK,’ and she trusted me with her vision to be the fashion show director. We got a runway coach, and I did the styling. We had the fashion show at Avondale Park.”

Since then, Pippen has modeled, hosted, and directed several fashion shows and has helped other plus-size women and even some men break into the fashion industry. In addition, Pippen herself has been featured in magazines, such as G Entertainment, Dangerous Curves, and London Leblanc, and has been a store model for the Ashley Stewart clothing store in Crestwood.

With all she’s done in the fashion industry, Pippen is also focused on her mentoring and her ministry.

“I have two mentoring programs: one is at Carver High School for 9th and 11th graders [that] I started this year; the other is at Wenonah High School, [where I’ve been mentoring] since 2017,” she said. “I teach proper etiquette, business, finances, hygiene. I also provide school supplies and get different people to come in and speak to students about different topics, … experts on whatever subject we’re talking about. … I see students twice a month at each school.”

Pippen said she wants to be a mentor to young people because she didn’t have one growing up.

“I didn’t have anyone to show me the way of doing things. Everything I have become has come from my strength and my faith in God,” said Pippen, who became an ordained minister in 2017.

“I always grew up in the church, and my background is church. We used to go to church on Sundays, Tuesdays, Wednesdays—pretty much all the time,” she said. “I ran from my calling because of my lifestyle and things I had gone through, so I didn’t think of myself as a role model. … Now, I have embraced what I consider my flaws. I consider myself unconventional, and my truth is my ministry. That’s what I live by.”

Pippen, who grew up attending Freewill Church of God in Christ in Midfield, doesn’t currently attend a church, but she conducts quarterly events with small groups of women and seminars for young adults.

“Everybody is not in church, and I feel like my platform is to [reach out to those] who are not in church, … [those] who want to know who God is and want to be spiritual and need to know more. … Those are the type of people I’m drawn to because I’m unconventional. I wear my heels, my blond hair, sometimes I wear my piercings. … I feel like that’s what sets me apart. I think people miss the message because they look at the messenger most of the time instead of just getting to know the person.” 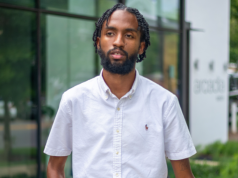 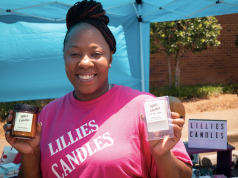 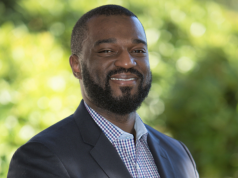