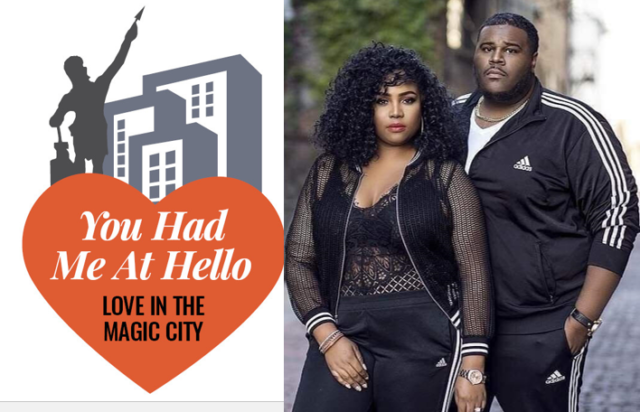 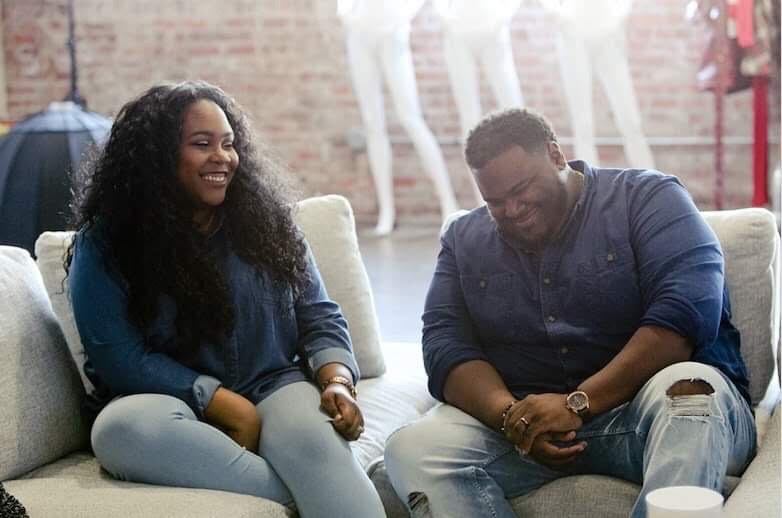 Met: December 2009. The two were students at the University of Alabama at Birmingham [UAB] and recalled seeing one another around campus. They were formally introduced by mutual friends; one of whom was Jamie’s roommate. The pair talked about the fact that they attended the same church [New Hope Baptist Church in Birmingham].

First date: January 2010. The pair had a “nice dinner at Village Tavern at the Summit.” Jamie recalled the evening feeling very surreal. “I remember thinking ‘I could definitely get used to having a man like this’… I remember literally being in awe the whole night, it was very magical,” she said.

The turn: After UAB, Jamie moved to Atlanta for a job opportunity, and Tez continued to build his brand here. He would use Jamie’s 30th birthday bash in Atlanta on Lake Lanier, at her yacht party, to propose.

The proposal: “We did it big,” Tez said. “We had planned this all-white yacht party on an all-white yacht, and I thought it would be the perfect time to do it because all her family, friends, co-workers and all our friends in common would be there…I already had the ring (I had saved up for it a year prior),” he said. “So, while she was planning a party, I was planning a proposal.”

“At the point of the party when they were singing “Happy Birthday” when she turned around I was on one knee,” Tez said. “It was a dope vibe. After [the proposal] everybody had a cigar in hand, we took shots, we partied the night away….we were on such a high.

The wedding: The Haven, downtown Birmingham. The colors were white, black, rose gold and blush. “The girls wore black dresses, but they all wore different dresses,” Jamie said. “It was a night wedding. We brought in the New Year during the reception.”

For Jamie, most memorable was “when we entered the reception, the song we came in to was Jay-Z and Beyonce’s ‘On the Run’ and everybody was hyping us up, it was just amazing.”

For Tez, the dress rehearsal and the rehearsal dinner were most memorable.

“We were practicing … all of our family was in one room. It really hit me at that point, it’s happening, it’s real. It almost felt like we had two weddings in one weekend,” he said.

“Then we were able to do the countdown and bring the New Year in with everyone. Bruno Mars ‘24 Carat Gold’ came on,” Jamie said.

The couple honeymooned in Santorini Greece.

“Greece was literally a breath of fresh air and a great way to start our new journey with experiencing something so beautiful together,” Jamie said.

“It was so dope,” Tez said. “It was off season and we really had the whole island to ourselves. People accepted us with open arms, private wine tours…it’s usually group excursions, but since we were some of the only vacationers, all of the attention was on us.”

Words of wisdom: “You have to learn how to extend grace to each other,” Jamie said, “I think that’s one of the biggest things that has helped us get through a lot of the things we’ve been through… We had experienced some death with both of our parents, [Tez’s dad, and Jamie’s mom], and we both had to learn life all over again,” she said.

Their faith in God is the ultimate glue, Tez said.

“We make it a priority to include God in our relationship, not just on a surface level, but at the core of our relationship,” Tez said. “We pray together over every new decision from making choices on flooring to wall color in our new business.”

Happily ever after: The Heards– better known by their business moniker, Davenport– are expanding their business portfolio with the opening of their new Creative Suite ‘ASTHETIK’ in Birmingham’s downtown district.

Jamie, a Mobile native is a wardrobe stylist, has a styling company that she runs from her site Jamiebstylist.com.

Tez, a Tuskeegee native, is owner of The Davenport Design, where he specializes in personal organizational, and realty branding.