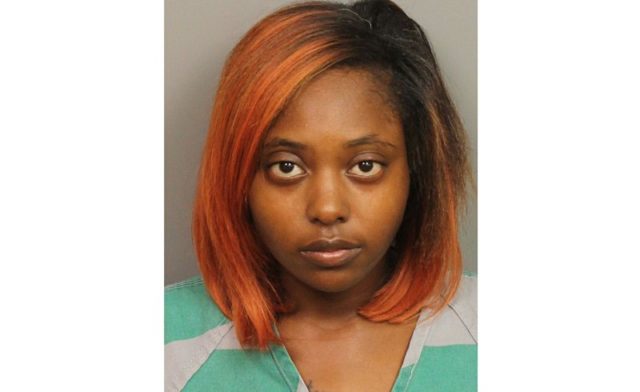 A Birmingham attorney says she plans to file a motion to dismiss charges against an Alabama woman whose unborn child was killed in a shooting, according to WBRC.

Marshae Jones was five months pregnant when 23-year-old Ebony Jemison shot her in the stomach during a December altercation over the fetus’s father, authorities said.

Last week, Jemison was initially charged with manslaughter, but a Jefferson County grand jury declined to indict her after police said an investigation determined Jones started the fight, and Jemison ultimately fired in self-defense. Jones, 27, was indicted by that same grand jury Wednesday.

The indictment stated Jones did “intentionally cause the death” of “Unborn Baby Jones by initiating a fight knowing she was five months pregnant.”

Hope S. Marshall, an attorney at White Arnold & Dowd, confirms the motion will be filed Monday , July 1. The firm put out a statement on Friday that they would be representing Jones.

“Marshae has been subjected to extraordinary violence, trauma and loss over the past year,” the statement reads, adding that Jones recently lost her home to a fire and lost her job. “Now, for reasons that defy imagination, she faces an unprecedented legal action that subjects this victim of violence to further distress and harm.”

The law firm also noted that Jones has no criminal history and is raising a young daughter.

Last week, it was also reported that an Alabama district attorney’s office hasn’t decided whether to prosecute Jones in the case. However, the office of District Attorney Lynneice O. Washington said there has been no decision on whether to pursue the case against Jones.

While Washington was out of the country last week, her chief assistant D.A. Valerie Hicks Powe put out a statement expressing “sympathy for all the families involved, including Mrs. Jones, who lost her unborn child.” Both prosecutors are African American women; Washington took office in 2017 as the first black female district attorney to be elected in Alabama.

While the grand jury “had its say,” Powe said the office has “not yet made a determination about whether to prosecute it as a manslaughter case, reduce it to a lesser charge or not to prosecute it.” She promised a thorough review and “an outcome that is most just for all the parties involved.”

“Foremost, it should be stated that this is a truly tragic case, resulting in the death of an unborn child,” she said. “The fact that this tragedy was 100 percent avoidable makes this case even more disheartening.”

Washington, who has since returned, talked for the first time publicly about the case Sunday night.

Washington was introducing a play at the Boutwell Auditorium in Birmingham, when she told the audience to pay close attention as the issues raised in the performance are issues we are still facing today.

“Recently, there have been a barrage of insults, desecration of my integrity, of my character, my name, all while I was in the Dominican Republic,” said Washington. “For those of you who called my office and disrupted, cursed, disrespected because I was not present, because I was not in the state… shame, shame on you. But I took an oath to serve. I am a black woman and black skinned. So don’t tell me how I don’t appreciate the sensitivity of a woman and the rights of women.”

A spokeswoman for the DA’s office says Washington will be making a statement about the case later this week.

Pleasant Grove police Lt. Danny Reid had called the fetus “the only true victim,” having been brought unnecessarily into a fight and “dependent on its mother to try to keep it from harm.”

A 2006 Alabama law allows homicide charges to be brought when a fetus or embryo is killed. The law was named “Brody’s Law” on behalf of the unborn son of Brandy Parker, who was nearly nine months pregnant when she was shot and killed in 2005. Lawmakers said at the time that would allow for two murder charges when a pregnant woman is killed.

However, a section of the 2006 law also notes that the provision does not authorize prosecution of a “woman with respect to her unborn child.” That wording could become an issue in the case against Jones.

Lynn Paltrow, executive director of National Advocates for Pregnant Women, said women across the country have been prosecuted for manslaughter or murder for having an abortion or experiencing a miscarriage.

She said Alabama currently leads the nation in charging women for crimes related to their pregnancies. She said hundreds have been prosecuted for running afoul of the state’s “chemical endangerment of a child” statute by exposing their embryo or fetus to controlled substances.

But this is the first time she’s heard of a pregnant woman being charged after getting shot.

“This takes us to a new level of inhumanity and illegality towards pregnant women,” Paltrow said. “I can’t think of any other circumstance where a person who themselves is a victim of a crime is treated as the criminal.”

The district attorney’s office said it will decide how to proceed “only after all due diligence has been performed.”

Alabama is one of dozens of states that have fetal homicide laws allowing criminal charges when fetuses are killed in violent acts, according to the National Conference of State Legislatures.

Jones’ arrest also drew criticism from the Yellowhammer Fund, which raises money to help women have access to abortions.

“The state of Alabama has proven yet again that the moment a person becomes pregnant their sole responsibility is to produce a live, healthy baby and that it considers any action a pregnant person takes that might impede in that live birth to be a criminal act,” said Amanda Reyes, the group’s director.

Associated Press reporters Jeff Martin in Atlanta and Kim Chandler in Montgomery, Alabama,  and WBRC in Birmingham contributed to this report.