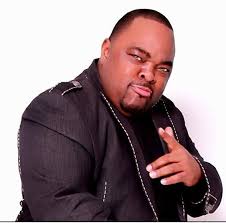 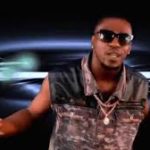 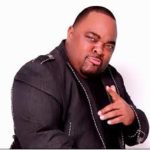 BUCKCHERRY & JOYOUS WOLF at Iron City
STEADY FLOW and FUX at The Nick.
COMEDIAN GERALD KELLY at the StarDome Comedy Club.
Thursday Night Live with the LOCKED BAND at Perfect Note.
THE REVIVALISTS and GREAT PEACOCK at Saturn

FOR MOVIE LOVERS
21st SIDEWALK FILM FEST- Now through Sunday is the 21st Annual Sidewalk Film Fest where you can see films from all walks of life in and all around town. Check out great films from all over as the festival brings the best in new, independent cinema to downtown Birmingham’s historic Theatre District. See films that you never would see. TONI MORRISON: THE PIECES I AM shows Saturday, August 24th, 12:15 p.m. at the Alabama Theatre with a panel discussion after the screening in the ASFA Gallery. IRON GRIT is Saturday August 24th, 3:05 p.m. at the Dorothy Jemison Day Theatre at ASFA. SAFE SPACES is Sunday, August 25th, 12:15 p.m. at the Alabama Theatre. The festival is showcasing a diverse variety with four feature areas: Alabama Film, Life + Liberty, Shout and Black Lens. Opening Night film is I WANT MY MTV with history of MTV. ALAN HUNTER (former MTV VJ and Birmingham local will be attending. The Sidewalk SCREENPLAY COMPETITION WINNERS are: Best Alabama Screenplay – “THE LAST AMERICAN LYNCHING” by T. Gordon Stanley and Jeremy J. Ford. Best Short Screenplay – “FOUND OBJECTS” by Amy Bond. And, Best Film Screenplay – “DAUGHTERS LOST IN THE DESERT” by A.M. Sanchez. Check out: Inaugural Stowe Story Labs Sidewalk Film Festival Narrative Lab during the festival.  Go to sidewalkfest.com.
ALABAMA MULTICULTURAL – ALABAMA INTERNATIONAL FILMS – Join Alabama Multicultural foreign film series every last Tuesday of the month, 6 p.m. for a FREE foreign film at Rojo Birmingham. This Tuesday representing CHINA, see HOUSE OF FLYING DAGGERS.
ALABAMA MULTICULTURAL NIGHT OUT – Join Alabama Multicultural Night Out at the Pizitz Food Hall, Every Second Friday night.
BESSEMER LINCOLN THEATRE – The Sidewalk Filmmaker’s retreat will be held at the Bessemer Lincoln Theatre. The theatre opened in 1948 for African Americans. The theatre closed in the late 1950s or early 1970s.  Lincoln Holland Project founding member MARY HOLLAND and her son actor ANDRE HOLLAND purchased the Bessemer Lincoln Theatre with plans to bring it back for entertainment in the fine arts area. (Holland has been in the film ‘Selma’ and ‘42’ as well as ‘The Eddy’ film on Netflix.)

AT THE VULCAN PARK AND MUSEUM
BIRMINGHAM HISTORY COLLECTIONS – Marvin Clemons, author of Great Temple of Travel will present on Birmingham iconic TERMINAL STATION, September 5, 6-7 p.m. The pictorial book is based on the historic train depot, explores its history and how it affected the town’s visitors, residents and immigrants that it welcomed to the Magic City.
15th ANNUAL AFTERTUNES FALL CONCERTS – Vulcan Park and Museum AfterTunes Fall Concerts is right around the corner. The three-part event begins Sundays at 3 p.m. with LOGAN LEDGER on September 22, GRIFFIN HOUSE on September 29 and CHRISTONE “KINGFISH” INGRAM on October 6. Gates open at 2 p.m. Bring your lawn chairs or blankets. There will be plenty of everything else.
LET’S TALK TRAINS, November 15,10 – 11:30 p.m.

FOR SPORTS LOVERS
BRIAN CRICHTON NAMED PRESIDENT OF TALLADEGA SUPERSPEEDWAY – Brian Crichton, Vice President, Marketing and Sales at Talladega Superspeedway, has been promoted to President of Talladega Superspeedway effective September 3rd. As VP of Marketing and Sales at Talladega, Crichton oversees consumer marketing, public relations, ticketing, partnership marketing and sales. Crichton and his Talladega staff created the popular Friday Night “Big One on the Blvd.” fan event, and elevated the track’s traditional Saturday Night Infield Concert. He has overseen the development of successful programs for military, first responders, teachers and educators, kids, scouts and college students. He has also been a major contributor in the planning efforts of Transformation. In his new role, Crichton will report to Joie Chitwood, COO, ISC and oversee promotion and operation of the 2.66-mile Talladega Superspeedway, which is celebrating its 50th Anniversary this year. With nearly 20 years of motorsports industry experience, Crichton served in successful capacities at Daytona International Speedway, Chicagoland Speedway and Route 66 Raceway. As Vice President of Special Events and Entertainment at Daytona International Speedway, he managed the 50th running of the DAYTONA 500 and grew marquee events including the Rolex 24 at Daytona, Bike Week and Biketoberfest.

FOR THE COMMUNITY
CRIMINAL JUSTICE AND MASS INCARCERATION COMMUNITY CONVERSATION, 10 a.m. – 2 p.m. at the Birmingham Civil Rights Institute.
JOSE CARR T-SHIRT UNVEILING, 2-4 p.m., Saturday, at Ideal Furniture in Ensley.
IMERGE 2019 – ALABAMA’S NEXT FIRST – The Economic Development Partnership of Alabama (EDPA) is hosting its third annual imerge event, with a theme of “Alabama’s Next First.” This year’s imerge will explore how the state’s leaders are building its future and honoring those who led the way. Imerge 2019 will be held on Wednesday, August 28, at Iron City in Birmingham, Alabama. The program will include a live concert by Black Jacket Symphony, performing Pink Floyd’s “The Dark Side of the Moon” in its entirety—note for note, sound for sound—plus a limited set of greatest hits from Pink Floyd. To kick off the event, six companies will vie for a total of $150,000 in early stage investment during Alabama Launchpad. One concept stage company will win $50,000, while one seed company will receive $100,000. Finalists for this competition will be announced.
**HISTORY TO SEE – THE LEGACY MUSEUM NATIONAL PEACE AND JUSTICE MEMORIAL – If you have not seen or been able to tour historical locations, then this is the time to do so. On next Thursday, August 29th, there is a tour leaving Birmingham to visit the Legacy Museum AND the National Peace and Justice Memorial with lunch in Montgomery. Contact (205) 595-8156 for more.
MAGIC CITY CLASSIC FOOTBALL GAME – The largest HBCU Classic in the country will take place at Legion Field on Saturday, October 26, at 2:30 p.m. when Alabama State University and Alabama A&M University battle it out for bragging rights.
McDonald’s will continue to be the title sponsor of the McDonald’s Magic City Classic parade, which will be broadcast live on WBRC Fox6 in Birmingham, as well as Raycom affiliates in Huntsville, Montgomery and Dothan. The 2019 parade applications are now being accepted online at www.magiccityclassic.com.
MAGIC CITY CLASSIC PARADE REGISTRATION DEADLINE is August 30th.FOR FOOD LOVERS
ZANZIBAR BAR AND GRILL – If you love good ethnic food, then Zanzibar Bar and Grill is the place to go every Saturday night. Get your groove on with all kinds of favorite foods from Africa, Caribbean, and more. Enjoy music of all kinds including Caribbean, Soca, African, and Reggae.
PEPPER PLACE MARKET, Saturdays, 7 a.m. – 12 p.m.
SHADES VALLEY PRESBYTERIAN FARMERS MARKET, Wednesdays, 3 – 6 p.m.
MOUNTAIN BROOK PRESBYTERIAN MARKET, Saturdays, 8 a.m. – 12 p.m.
2019 BIRMINGHAM RESTAURANT WEEK – The 10th annual Birmingham Restaurant Week (BRW) presented by Blue Cross and Blue Shield of Alabama is going on through Sunday. The event celebrates the city’s acclaimed culinary culture by offering incentives for Birmingham residents and visitors to dine at their favorite restaurants or try something new, all while celebrating the landmark eateries that helped put Birmingham on the map as one of “The 50 Best Foodie Towns in America” by The Daily Meal. From fine dining to down-home cookin’, food lovers with a taste for adventure can enjoy special lunch or dinner prix-fixe menus. BRW will give 60 restaurants the opportunity to showcase all the ways they are feeding the city – from filling vacant spaces and creating locally sourced dishes to mentoring the next generation of culinary greats.FOR ART AND PERFORMING ART LOVERS
SLOW ART SUNDAY, 2-3 p.m. at the Birmingham Museum of Art. 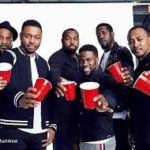 FRIDAY, SATURDAY AND SUNDAY… COMEDIAN PLASTIC CUP BOYZ…Will Spank Horton and Na’im Lynn are The Plastic Cup Boyz. The Plastic Cup Boyz have traveled the world supporting Kevin Hart in the world of comedy and on the party scene. This duo can be considered some of best comedy talents known today. Whether it’s performing in front of 15,000 people in an arena or having a few drinks after the show. The Plastic Cup Boyz are the Present and Future of Comedy.
WEDNESDAY AND THURSDAY…COMEDIAN GERALD KELLY… Today, Gerald has a multi dimensional career. He’s been on stage in Japan, Puerto Rico and all the major clubs across the United States. He’s appeared on TV on HBO’s Def Comedy Jam, Showtime at the Apollo, Conan O’Brien, and BET Comic View. His movies include, “The Other Brother” and “Death of a Dynasty.” His DVD “Comedy In The Hood,” has been a big seller. He’s also been on Radio 107.5 WBLS as a morning host and presently resides with the co-host-hat in Hartford, Connecticut at WZMX. His passion is for his kids, Isiah and Yazmine, his wife, Charaya, who he married October 12, 2002, his comedy, sports and Robin Williams.
**NEXT FRIDAY…COMEDIAN KERWIN CLAIBORNE…Comedian Kerwin Claiborne has just begun his own comedy production called “Don’t You Do This To Me” which has sold out every venue thus far. Some of the venues that have sold out are The Joke Joint Comedy Club (Houston), Hyenas Comedy Club (Dallas), The Comedy Zone (Charlotte), Looney Bin (Little Rock), Uptown Comedy Club (Atlanta) Chuckles House of Comedy (Memphis) and The Comedy Club of Jacksonville, just to name a few. Kerwin’s hard work and eager approach to his craft have successfully launched him to stardom. His internet personalities, such as Ms. Mary, Uncle Leroy and Miss Keisha have made it easy for everyday people to relate. Kerwin Claiborne is ready to introduce himself and his many internet characters to the world. 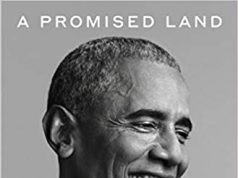 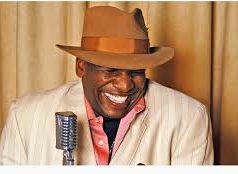 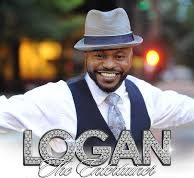