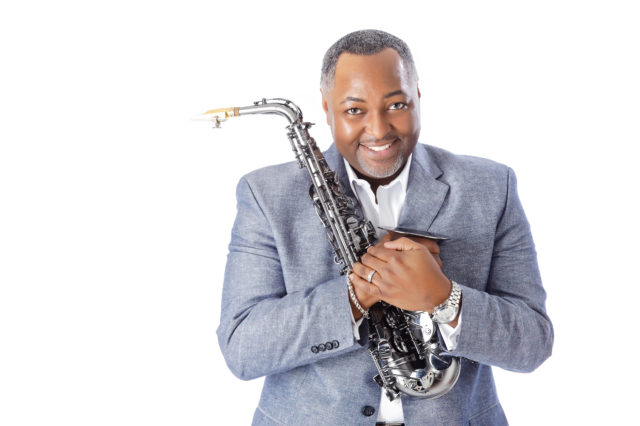 NEXT THURSDAY
**Thursday Night LIVE BAND KARAOKE and OPEN MIC at Perfect Note.
**CHRIS SIMMONS BAND and UNCLE SAM’S ELECTRIC CHURCH at The Nick.
**COMEDIAN SKIP CLARK at the StarDome Comedy Club.
**LITTLE STEVEN AND THE DISCIPLES OF SOUL at Iron City.
**JD MCPHERSON and WILL STEWART at Saturn.

NEXT FRIDAY
**GUITARIST KEITH CASHMERE WILLIAMS BIRTHDAY BASH at the Perfect Note.
**TALKING ANIMALS and SPACE OF A DAY at The Nick Rocks.
**COMEDIAN ADELE GIVENS at the StarDome Comedy Club.
**GENERATIONALS and NEIGHBOR LADY at Saturn.
**ADELITAS WAY with the BLACK MOODS & BLACKLITE DISTRICT at Iron City. 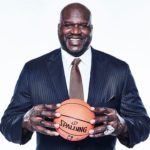 **SHAQUILLE O’NEAL NAMED AMBASSADOR OF MAGIC CITY CLASSIC – Four-time National Basketball Association (NBA) champion, Olympic gold medalist, and television sports analyst, Shaquille “Shaq” O’Neal, has been named this year’s official ambassador. As the ambassador, Shaq will be the Grand Marshal of the McDonald’s Magic City Classic presented by Coca-Cola parade and honored during the game’s halftime show.
**2 CHAINZ PERFORMS AT MAGIC CITY CLASSIC FOOTBALL GAME – The largest HBCU Classic in the country will take place at Legion Field on Saturday, October 26, at 2:30 p.m. when Alabama State University and Alabama A&M University battle it out for bragging rights. McDonald’s will continue to be the title sponsor of the McDonald’s Magic City Classic parade, which will be broadcast live on WBRC Fox6 in Birmingham, as well as Raycom affiliates in Huntsville, Montgomery and Dothan. 2 CHAINZ, Grammy Award winning rapper and songwriter, has been named this year’s post-game concert performer. Concert admission is included in the price of a ticket to the game and the concert will begin immediately after play ends.

FOR ART AND PERFORMING ART LOVERS
**THE ARTS “WE WEAR THE MASKS” – “We Wear the Masks” performance is 3 p.m., Saturday at Huffman High, 950 Springville Road, 35215. This is a music and dance performance play that addresses a lot of things that children and young adults are facing such as depression, bullying and suicide because of a fear of judgment, public humiliation and social injustice. Alpha Kappa Alpha Sorority Incorporated, Upsilon Eta Omega Chapter and Valley Pearls Service Foundation provide the event, FREE.
**SLOW ART SUNDAY, 2-3 p.m. at the Birmingham Museum of Art.
**PURVIS YOUNG: BORN IN LIBERTY, through October 26, at the Paul Jones R. Museum, 2308 Sixth Street, Tuscaloosa.
**EVERWONDERLAND WITH SUSAN OLIVER AND BEN SOUTH – See the new works of artists, SUSAN OLIVER and BEN SOUTH at the Grand Bohemian Gallery, October 4, 6-8 p.m. Fall down the rabbit hole with a magical garden of creativity and imagination at the Opening Reception in the Grand Bohemian Hotel Mountain Brook.

AT THE VULCAN PARK AND MUSEUM…
**15th ANNUAL AFTERTUNES FALL CONCERTS – Vulcan Park and Museum AfterTunes Fall Concerts are here. The three-part event began Sunday at 3 p.m. with LOGAN LEDGER, GRIFFIN HOUSE, this Sunday and CHRISTONE “KINGFISH” INGRAM on October 6. Gates open at 2 p.m. Bring your lawn chairs or blankets. There will be plenty of everything else.
**LET’S TALK TRAINS, November 15, 10 – 11:30 p.m.

FOR FOOD LOVERS
**ZANZIBAR BAR AND GRILL – If you love good ethnic food, then Zanzibar Bar and Grill is the place to go every Saturday night. Get your groove on with all kinds of favorite foods from Africa, Caribbean, and more. Enjoy music of all kinds including Caribbean, Soca, African, and Reggae.
**PEPPER PLACE MARKET, Saturdays, 7 a.m. – 12 p.m.
**SHADES VALLEY PRESBYTERIAN FARMERS MARKET, Wednesdays, 3 – 6 p.m.
**MOUNTAIN BROOK PRESBYTERIAN MARKET, Saturdays, 8 a.m. – 12 p.m.

FOR COMEDY LOVERS
AT BIRMINGHAM IMPROV EVERY FRIDAY…
**UGLY BABY LIVE, 9:30 p.m. at Birmingham Improv Theatre, 2208 7th Avenue South, 35233.
AT GOOD PEOPLE BREWING…EVERY FRIDAY…
**FUNNY FREE FRIDAYS (COMEDY SHOW), 9 – 10:30 p.m., at Good People with Birmingham’s finest comedy show at a brewery. It’s free and features the best comedians from around the country.
AT THE STARDOME
**TODAY…COMEDIAN RON FEINGOLD…Ron Feingold started performing at the tender age of 10. He combines a very funny stand-up comedy act with an incredible singing voice to bring you great song parodies and an evening full of laughs. His act is unique and a wonderful fusion of the worlds of comedy and music. This Vegas style headliner is sure to leave the audience feeling that they have experienced the kind of show they will never see anywhere else. Check out the show because you won’t see or hear anything like this anywhere! What is Comedy A Cappella? Comedy A Cappella is the creation of Orlando, Florida based comedian & entertainer Ron Feingold. It’s a blend of traditional stand-up comedy and A Cappella music where Ron sings ALL of his own back-ups, lead vocals and even vocal percussion on his new CD, Solo Effort. He is literally a one-man vocal band, relying only on his voice as his sole instrument to create a truly unique musical comedy experience!
**FRIDAY AND SATURDAY… COMEDIAN RIGHTEOUS AND RACHET LIVE featuring KEV ON STAGE and DOBOY…Kevin was born in El Paso, Texas in his grandmother’s bed – true story. His comedic genius was derived from growing up in the Fredericks household where you had to be funny to stay in the living room with the grown folks. His infectious personality was honed by traveling the U.S. in a military family, learning to make friends quickly. Together with his brother and best friend, he is 1/3 of “The Playmakers”, an entertainment company poised to entertain the masses. Stay tuned, you will soon see him on the movie screen and on television, but right now he’s dominating social media.
**SUNDAY… COMEDIAN CHRISTOPHER TITUS… Employing what

he’s labeled ‘hard funny,’ Christopher Titus, star and creator of the Fox show, “Titus,” has released eight 90-minute albums in as many years. Known for leaving no stone unturned, especially within his own life and family, Titus takes his audience on a 90-minute ride that will leave them exhausted from laughter. To see one of Christopher Titus’ shows, is to love him. Titus is currently performing his ninth and newest show, “Stories I Shouldn’t Tell,” in sold out theaters across the country. Titus also wrote, directed and starred in a full-length film called “Special Unit,” released in 2017, that won several film awards, and has since been released in 68 countries.
**MONDAY…KARAOKE NIGHT with COMEDIAN RICKEY SMILEY. Join Rickey as he takes over the StarDome stage and brings Karaoke to a whole new level.
**NEXT WEDNESDAY AND THURSDAY…COMEDIAN SKIP CLARK… His Acting Career began in 2000 when he played a Bodyguard in the movie “Two Degrees the Movie” and has a new Movie coming out called “Recruitment Day,” it is a comedy spoof of Denzel Washington’s “Training Day”. His latest movie, “The Next Big Thing” directed by Ralph Dumas, produced by Kenneth “Coach” Carter who was depicted in the major motion picture “Coach Carter” played by Samuel L.Jackson. His stand-up comedy career began at the World Famous Kansas City Improv Comedy Club, and at Standford’s Comedy Club in Kansas; married for the 3rd time (NOW SINGLE AND DID NOT MESS THIS ONE UP) has seven kids, and now a single dad, so his comedy is considered as “a Slice of Life” as he sees it. The Kid from the Bronx N.Y., started out with a jump shot, that landed him at the University of Tennessee at Chattanooga on a basketball scholarship. He talks about the challenges of life; being married, raising kids, current events and about playing basketball against Michael Jordan in college. Now he has a Killer Comedy Crossover, with his high energy, nonstop laughter that is Reaching All Audiences Across the Country.
**NEXT FRIDAY, SATURDAY and SUNDAY…COMEDIAN ADELE GIVENS. 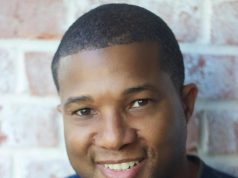 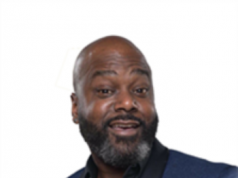 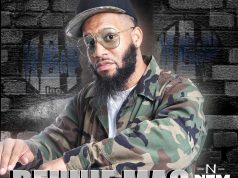