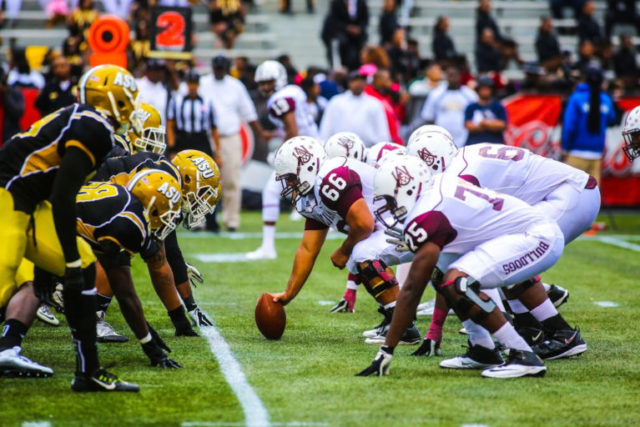 If you look at the number of football stars from Alabama State and Alabama Agriculture & Mechanical who have played in the Magic City Classic, the list of these great players is nothing short of sensational. This long time classic which includes these two Historically Black Colleges and Universities (HBCUs) features several big time players such as John Stallworth (Alabama A&M), Reggie Barlow (Alabama State) and Robert Mathis (Alabama A&M) who have gone on to not only play in the NFL, but were also members of Super Bowl championship teams.

So, you can imagine the challenge of putting together an All-Time Magic City Classic team. That’s right, 22 of the best players who were a part of this legendary classic, which spans nearly eight decades, and a head coach. That would be 11 on offense and 11 on defense. In selecting this talented group of players and a head coach, you had to take a good look at their honors, statistics and accomplishments.

This all-time team doesn’t even have a tight end. It has three wide receivers because we couldn’t pick this team without including Barry Wagner from Alabama A&M. Wagner had a marvelous career with the Bulldogs. Then, he had a pro career that was off the charts in the Arena League.

For many fans who attended this game over the years, they will recognize a lot of these players. Some of them are household names. They may also have some favorites from these two HBCUs that could have been included on this team. Of course, they can have some fun by selecting their own team. But reading about these football legends should create plenty of interest and bring back a lot of memories.

QB: Tarvaris Jackson, Alabama State (2003-05) Jackson was one of the top HBCU quarterbacks in the country. In three seasons at ASU, he threw for 7,397 yards with 64 touchdowns. Jackson led the Hornets to a Southwestern Athletic Conference (SWAC) championship in 2004. He was a 2006 draft pick of the Minnesota Vikings. Jackson played 10 NFL seasons with the Vikings, Buffalo Bills and the Seattle Seahawks. In 2013, he was a backup signal caller to quarterback Russell Wilson on the Seahawks’ Super Bowl championship team.

RB: Ronnie Coleman, Alabama A&M (1970-73) After playing some great football with the Bulldogs, Coleman played seven years (1974-81) in the NFL with the Houston Oilers.

RB: Isaiah Crowell, Alabama State (2012-13) Crowell played two seasons with the Hornets. In 2013, he rushed for 1,121 yards with 15 touchdowns. He is currently in his sixth NFL season. He played four seasons (2014-17) with the Cleveland Browns. After that, he played one season with the New York Jets and is now a member of the Oakland Raiders.

WR: John Stallworth, Alabama A&M (1971-73) Stallworth was a great receiver with the Bulldogs earning All-Southern Intercollegiate Athletic Conference (SIAC) honors. He was a fourth-round pick by the Pittsburgh Steelers in 1974. He played 14 NFL seasons (1974-87) with the Steelers. Stallworth, a Hall of Famer, played on four Super Bowl teams with the Steelers.

WR: Reggie Barlow, Alabama State (1992-95) Barlow had a terrific senior year at ASU. He caught 58 passes for 1,267 yards. In 1996, he was a fourth-round pick of the Jacksonville Jaguars. He played eight seasons in the NFL. He played eight seasons in the NFL. Barlow played his first five years (1996-200) with the Jaguars. Then, he spent one season with the Oakland Raiders (2001) and finished his pro career (2002-03) with the Tampa Bay Buccaneers. In 2002, he played on Tampa’s Super Bowl championship team. Barlow served as head football coach at ASU from 2007 to 2014.

WR: Barry Wagner, Alabama A&M (1986-89) Wagner had a great career at Alabama A&M. In 1989, he had 112 receptions and was recognized as one of the best players in the Southern Intercollegiate Athletic Conference. Despite playing some brilliant football with the Bulldogs, he did manage to play two seasons in the NFL with the Chicago Bears and the Indianapolis Colts. He had a tremendous career in the Arena League. Wagner won three Arena Bowl titles. He was an eight-time first team All Arena selection. He had 991 receptions for 13,363 yards with 256 touchdowns. In 2012, he was chosen as the league’s greatest player of all time.

OL: Tytus Howard, Alabama State (2014-18) Howard is a magnificent blocker. He was a first-team All-SWAC selection. Howard was a first-round pick of the Houston Texans in last spring’s NFL Draft. He is the highest draft pick in school history.

OL: Zefross Moss, Alabama State (1984-87) Moss received All-SWAC honors for two seasons. As a senior, he was a Black College Football All-American. In 1988, he was signed as an undrafted free agent with the Dallas Cowboys. He played for the Cowboys, Indianapolis Colts, Detroit Lions and New England Patriots during his 11-year (1988-99) NFL career.

OL: Kendrick Rogers, Alabama A&M (1996-2000) Rogers earned a number of honors during his college career. He received All-SWAC recognition in 1999 and 2000. He was also chosen as a Black College All-American his final year with the Bulldogs. After his college career, he played two seasons with the Philadelphia Eagles. Then, he signed with the Arizona Cardinals. He also played in NFL Europe where he won a World Bowl championship with the Frankfurt Galaxy.

OL: Howard Ballard, Alabama A&M (1983-86) Ballard was a two-time All-Southern Intercollegiate Athletic Conference selection. In 1987, he was an 11th round pick of the Buffalo Bills. He played in four Super Bowls with the Bills during his playing days in Buffalo from 1987-1993. He also played with the Seattle Seahawks from 1994-98.

DB: Ricky Smith, Alabama State (1977-81) Smith was a terrific defensive back for the Hornets. In 1982, he was a sixth-round draft pick of the New England Patriots. Smith played two seasons for the Patriots. He also played for the Washington Redskins and Detroit Lions.

DB: Michael Coe, Alabama State (2006) Coe played just one season at Alabama State. In 2006, he earned All-SWAC honors. Coe played defensive back and safety. In 2007, he was a sixth-round draft pick of the Indianapolis Colts. He played for the Colts, New York Giants, Jacksonville Jaguars, Miami Dolphins and Dallas Cowboys. He helped the New York Giants win Super Bowl XLVI in 2012.

DB: Ernest French, Alabama A&M (1974-77) French was a four-time All-SIAC selection. He had 22 career interceptions and 347 tackles. He was twice named SIAC Defensive Back of the Year.

LB: Robert Mathis, Alabama A&M (1999-2002) Mathis had a sensational college career. In his senior year, he set a Division I-AA (Football Championship Subdivision) record with 20 sacks. In 2003, Mathis was a fifth-round pick of the Indianapolis Colts. He was a five-time Pro Bowler and was the 2013 AFC Defensive Player of the Year. He played 14 seasons and helped the Colts win Super Bowl XLI.

LB: Eddie Robinson, Alabama State (1987-91) Robinson was a three-time All-SWAC selection. In 1992, he was a second-round pick of the Houston Oilers. He played 11 years in the NFL with the Oilers, Jacksonville Jaguars, Tennessee Titans and Buffalo Bills. Robinson also played in Super Bowl XXXIV in 2000.

LB: Kourtney Berry, Alabama State (2013-16) Berry picked up first team all-conference honors as a senior. He had 66 total tackles along with six tackles for loss. He was one of the SWAC’s top defensive players during his career.

DL: Earl Cochran, Alabama A&M (1999-02) Cochran was one of the best defensive linemen in the SWAC during his career. He received all-conference honors in 2001 and 2002. He was signed as an undrafted free agent in 2003 by the Green Bay Packers. He played four NFL seasons for the Packers, Minnesota Vikings and Houston Texans.

DL: Lester Sims, Alabama State (1968-71) Sims was a great defensive end for the Hornets. In 1972, he was a second-round pick of the Cleveland Browns.

DL: Bill Kindricks, Alabama A&M (1964-67) Kindricks was a solid defensive tackle for the Bulldogs. In 1968, he was a sixth-round draft pick of the Cincinnati Bengals.

Houston Markham, Alabama State. Markham coached the Hornets from 1987 to 1997. He had 68-47-4 record. In 1991 Alabama State win the SWAC championship. ASU won the HBCU National Championship posting a 36-13 victory over North Carolina A&T in the Alamo Heritage Bowl. The Hornets were 11-0-1 that season. They had one tie and that was against Texas Southern. 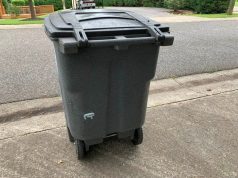 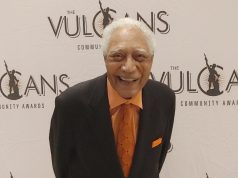