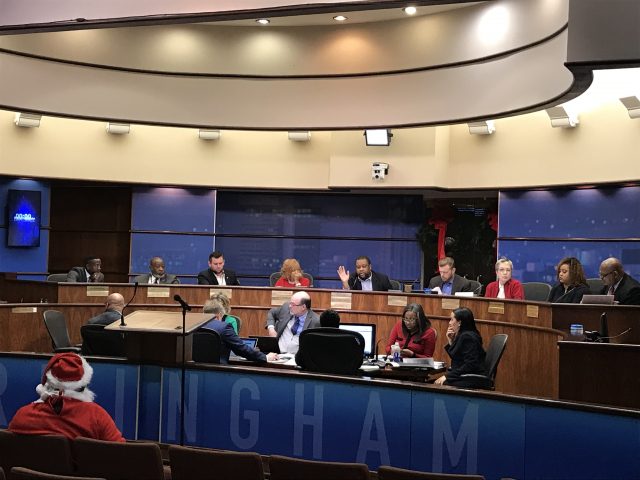 The Birmingham City Council on Tuesday designated Five Points South as an entertainment district which allows for open containers of alcohol to be carried outside of establishments.

The designation goes into effect March 1, 2020 and is the city’s third entertainment district after Uptown District (2015) and Pepper Place (2018).

The council voted 8-0; Councilor John Hilliard was not present.

“If you are at one business and you are having an adult beverage and you’re not done . . . but there is some entertainment next door” you should be allowed to take that one beverage out of that place and walk next door, said Mayor Randall Woodfin. “When one of our residents or visitors knows that opportunity exists — like it does in many other cities — I definitely think it drives up the economy and people see entertainment districts as areas where they can have some fun, where there are no restrictions.”

John Boone, vice president of the Five Points South Alliance, called the measure a win for merchants. “We decided this was good target to accomplish in 2019 and here we are at the tail end and we have accomplished it. It’s big because everybody looks at Five Points South as an entertainment district already… well now we’re both formally and realistically an entertainment district.”

The ordinance will allow the alliance to host events without going to City Hall for liquor licenses when they want to host events, such as the St. Patrick’s Day parade and allow for more foot traffic in the area, according to merchants.

“We won’t have to come back here to get permits for events over and over again . . . it’s going to encourage a lot of people who don’t come to Five Points to come back and check it out because a lot has changed in the last five years,” he said.

Ace Graham, owner of Alchemy 213, 1923 11th Ave. South, and head of the culture committee for the neighborhood alliance said business owners have been working y hard to get traction on some projects “so this streamlines that process. We’re a retailer… we’re open late on Friday and Saturday nights, we close at 9, . . . so we’re super excited with the influx of foot traffic it creates.”