After five years of successful operation, Birmingham’s Zyp bike-share program is winding down as leaders gear up to provide new transportation options for the central city in the coming year.

REV Birmingham, an economic development and revitalization nonprofit focused on creating vibrant commercial districts, launched Zyp in 2015 with a five-year commitment from partners and sponsors. The goal: to prove there was a demand for bike sharing in Birmingham.

And prove it, Zyp did. During its successful run, which ends Dec. 31, more than 43,000 users took more than 218,000 rides, logging more than 252,000 miles. Now, privately owned bike and scooter companies have shown strong interest in offering services in Birmingham. City officials are negotiating with potential vendors, with plans to have new shared-use transportation offerings available in spring 2020 for residents and visitors, including electric bicycles and scooters – and potentially more options.

“We are at the close of the Zyp era, and we feel very good about what we’ve accomplished,” said David Fleming, REV Birmingham president and CEO. REV partnered with Regions, BlueCross BlueShield of Alabama, the Alabama Power Foundation, Birmingham-Jefferson Convention Complex and the Community Foundation of Greater Birmingham to support Zyp.

“We set out five years ago with partners who believed in the potential of Birmingham joining the increasing number of cities implementing bike-share systems,” Fleming said. Indeed, Birmingham became the first city in North America to install a bike-share system that offered electric-assist bicycles, with 37 docking stations, powered by solar panels, spread across several central city neighborhoods.

“That was exciting – to do something that was state of the art. It got us a lot of positive attention as a city on the cutting edge, as far as the technology, and pointed to the progressiveness of Birmingham,” Fleming said.

Birmingham City Councilor Darrell O’Quinn chairs the council’s Transportation Committee and has been closely involved in planning for the upcoming transition from Zyp to new transportation options.

“Zyp bike share really allowed people to understand that bikes were a viable means of transportation and an amenity that would benefit the city,” O’Quinn said.

“If you use Railroad Park as a metaphor, Zyp was the Railroad Park for multimodal transportation in Birmingham,” O’Quinn said, referring to the popular green space built in the heart of the city that helped spark hundreds of millions of dollars of redevelopment projects in downtown Birmingham.

That growing perception, he and Fleming said, added to Birmingham’s allure – drawing more people to enjoy downtown, recruiting younger people to come to live and work in the city, and attracting new businesses and entrepreneurs. Fleming said he’s heard from several recent business arrivals and startups that the city’s bike-share system was among the amenities that helped to draw them to Birmingham.

Another mission accomplished with Zyp was to make bike share inclusive and accessible. The system not only offered discounts for lower-income individuals but pushed into nearby underserved neighborhoods. O’Quinn said city officials are committed to making sure the system that replaces Zyp, which will no longer require docking stations, provides even more opportunities to serve a wider number of users in even more neighborhoods.

O’Quinn uses terminology that many people may not be familiar with when talking about where bike share and other forms of alternate transportation are headed: shared micromobility.

“For what it was, Zyp bike share was very successful,” O’Quinn said. “From an external perspective, people could look to Birmingham and see we were doing something completely innovative. Now, following the natural evolution of the industry, we are looking to transition to what shared-use, micromobility has become. When Zyp started, that term hadn’t even been invented yet.”

For example, since ZYP’s creation, the city of Birmingham has adopted a “complete streets” plan designed to add more sidewalks and bike lanes over time.

Keith Rawls, the director of Zyp, said helping make the city a more friendly place for bicyclists was part of the mission.

“In addition to proving our residents and visitors would use bikes to get around Birmingham, Zyp has also been advocating for more bike-friendly environments and policies,” Rawls said. “After five years of Zyp, we’re seeing more people than ever getting out of their cars, enjoying the city by bike, foot and more – a trend we hope to see continue.”

For more on this article visit www.alabamanewscenter.com. 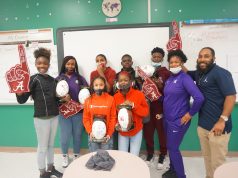 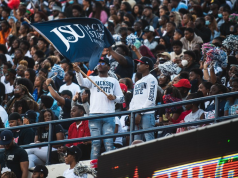 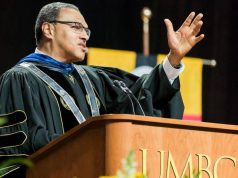