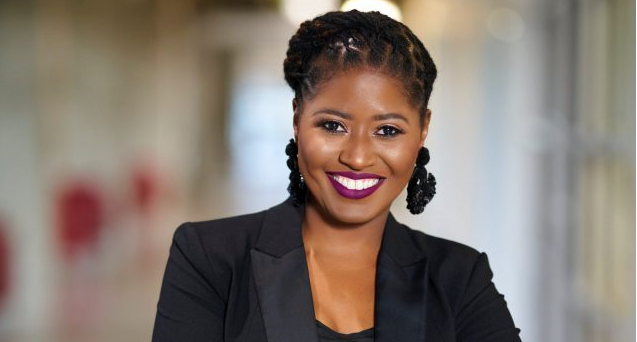 A few weeks into his tenure as the new CEO of The World Games 2021 Birmingham, Nick Sellers just knew he and his team would select a large, national firm to produce perhaps the most visible events of the international competition: the opening and closing ceremonies, and World Games Plaza, which will feature music, food, and other activities at Railroad Park throughout the 11 days of the events.

Then they heard a pitch from the firm headed by Rashada LeRoy, a native of Dothan who moved to Birmingham in 2003 and began a career meshing entrepreneurism and corporate experience. In 2017, after a stint as a senior advertising specialist at Alabama Power, she founded LRY Media Group, an event planning and production company.

In her bid for the World Games, LeRoy shared a vision centered on Birmingham and its heritage, a vision no national firm would likely conceive. “[It] blew us away,” says Sellers, who took over the role of World Games CEO last December.

Last week, Sellers announced that the Birmingham-based, African American and woman-owned firm will produce the opening and closing ceremonies for the 2021 World Games, as well as World Games Plaza.

“They just captured the heart and soul of the magic that is happening in Birmingham and Alabama,” Sellers says. “They gave us great confidence in their ability to deliver something world-class and memorable.”

“[We want] to really celebrate Birmingham,” LeRoy says. “This amazing city has such a rich history and culture and we plan to bring that alive through both the opening ceremony and the closing ceremony. For spectators who will come from around the globe, we want to show them a city that has thrived in the decades since segregation. Our goal is to tell the story of Birmingham today, the story of our triumph, goodwill and determination and how Birmingham and the state of Alabama will take its place as a premier international sports destination.”

The cost to produce the three events will exceed $3 million.

“It is one of my greatest professional privileges to award Rashada this bid,” Sellers said. “She’s a rising star. She’s built a great team. And they pay attention to details. They will be a terrific partner.”

“There is no higher honor than being selected to be the author of those key attributes for The World Games 2021,” LeRoy shared. “What I love about this moment is that it’s not just about me. We have an opportunity to engage other businesses who are just as talented and diverse as we are and produce a great product.”

“Rashada and her team are literally going to ‘set the stage’ for this once-in-a-lifetime event,” Sellers added. “We are so proud that an organization from our very own community will be delivering these experiences.”

The significance of the opportunity is not lost on LeRoy, particularly as an African American woman.

“I’m standing on the big shoulders of black women event producers [in Birmingham], such as Gaynelle Jackson, Yvonne Baskin Bendross and Cathy Cumbie and so many more in this city and throughout the nation whom I’ve studied and admired. It’s important for me to amplify my voice and make sure that I am providing others with opportunities to thrive and grow.

“I truly hope that I can inspire a generation of young black girls to become entrepreneurs and to use their platforms to tell their stories authentically. I want other black women to know that we are innovators and leaders and we have to believe in ourselves.”

LeRoy is a graduate of the University of Alabama, and a member of Delta Sigma Theta Sorority Inc.

This story originally appeared on www.al.com and can be found at https://www.al.com/news/birmingham/2020/03/african-american-woman-owned-firm-to-produce-world-games-opening-closing-ceremonies.html.